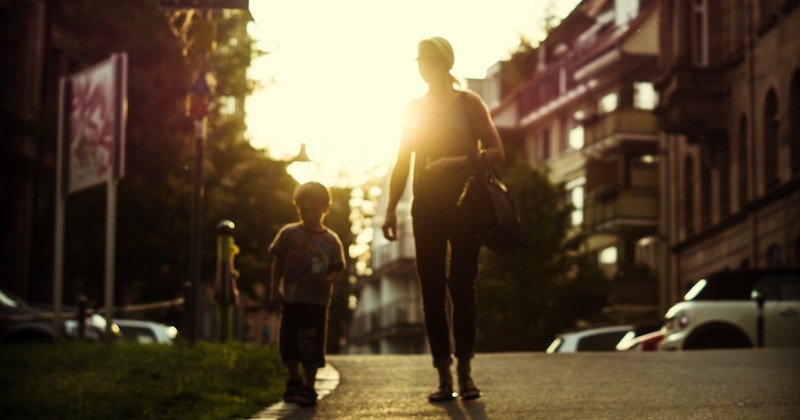 I Saw My Novel’s Protagonist Walking Across the Street

I began writing my novel, The Falconer, before my son was born, and I finished it when he was toddler. It’s narrated by Lucy Adler—mostly in the present tense—and because of this, I know her intimately. I know the home she grew up in. The color of her bedroom walls, the indentations in her kitchen table from where she’d poked her fork in the wood during childish bouts of petulance. The shadow patterns the bars on her living room windows make on the hardwood floor as the evening turns to dusk. I know what her father’s raincoat smells like when he comes home from work. That her mother is fond of silk scarves and has never found the right haircut. I know Lucy’s route home from school. The cadence of her sighs and her distaste for licorice. I know whether she looks down at the pavement when she walks or if she looks up at the buildings, or when, on a given day, she might choose to do both. I know the way her muscles feel when she beats her opponent on fast break and that she wears a backpack often so she can hook her thumbs into the straps and feel like she has a place to put the hands she doesn’t otherwise know what to do with.

I know all this because I wrote pages upon pages of back story and detail that didn’t make it into the novel. I also know it because I created her. Everything she knows is because I know it. Everything she thinks. Everything she observes. Everything she says. The vocabulary she has. Her life, her clothes, the size of her feet, her sadnesses, her joys. Her past and her present. These are all things I gave her. Once there was no Lucy Adler. And now there is.

I’ve spent so much time with her, know her so intimately, that Lucy has become a real person. So much so that there have been a few times when I’ve walked down the street and seen a young woman who looks so much like the character I wrote, I’ve had to do a double take. The way she walked, the specific expression on her face. If I’m with my husband, I’ll point her out and whisper, “Look, there’s Lucy,” and he’ll nod with recognition.

“Experiential crossing” is a term recently coined for readers of fiction who are convinced they’re hearing the voice of the character in their head. In 2017, the psychology journal Cognition and Consciousness published a study conducted in collaboration with The Guardian that found that one in seven of readers heard a character’s voice in their head as clearly as if a real person were next to them as they read a book and a fifth of readers heard those characters’ voices after they’d finished the book, in their everyday lives.

Ordinarily, this would be considered psychosis—seeing the people you’ve conjured in your mind on the street, the plane of objective reality.

As far as I know, there has not been a similar study interviewing authors to find out how many experience the phenomenon of seeing the character they created as real. My guess is the number would be high, perhaps with differing degrees of intensity depending on love for the character, whether the novel is a satire, and from what perspective the character is written.

In 1850, when Balzac was on his deathbed suffering from congestive heart failure, his body gangrenous, he began negotiating with the doctor at his bedside, wondering how much time he had left. When it became obvious that the doctor didn’t think he’d last the night and that there was no salve, no cure for his suffering, Balzac mused that if Dr. Benassis, the Country Doctor from La Comédie Humaine, were there, he would save him. It was the character he created he wanted at his bedside. Dr. Benassis remained alive to him to the last.

Ordinarily, this would be considered psychosis—seeing the people you’ve conjured in your mind on the street, the plane of objective reality. But for a writer, what other goal could there be than creating a character that feels so real he or she crosses over into life?

Unlike Lucy, my son actually is a real person. And I know him intimately too. Even when he was in utero, I knew him. I knew that he would be energetic. That he’d be a terrible sleeper. That he’d have very strong feelings one way or the other about tomatoes. And now that he’s four and has developed a personality, a personhood, I know so many more details about him. So many of his nuances and features and emerging habits and traits. I know that red peppers upset his stomach and that he is fascinated by marine life. I know that he finds unicorns and manhole covers endlessly mysterious and magical. I can predict when he’ll find a food too spicy, or a noise too loud, or shoes too uncomfortable.

But most of him is an unknown. Every day brings a new shock. The books I buy for him that I’m sure he’ll love, he rejects. The words he uses in conversation that I don’t recognize as mine. The jokes he’s constructed with his friends. His unexpectedly poetic way of framing childhood observations. When he saw a breeze rustle some flowers in a planter and exclaimed, “Look, the flowers are dancing.” When he asked me, “Who made the outside?” When he pointed up at a plane and said dreamily, “I wonder who’s in there.” Even though I’m his mother, his mind remains a mystery. Why he likes watching golf on TV or why he sucks his thumb when he listens to live music or why he sobbed the first time he saw the ocean.

My son’s preschool has windows that open onto the street. Sometimes I run errands while he’s at school and I watch for a minute or two when I know he can’t see me. I’ve watched him bead necklaces and eat lunch. I’ve seen him argue with friends and negotiate sharing a toy. I’ve watched him sing silently through the glass and I’ve looked at art projects he’s created at school with his teachers. I once observed him crying and it took all the control I had not to burst in through the doors and pick him up and comfort him.

It’s during these times I feel so acutely that he’s not a part of me. There he is, existing in the world without me. I’ve begun to weave together a portrait of this child I’ve created who has a life outside my own. It’s wonderful to know, and sad too.

But I am not a mother to Lucy Adler, observing her as she grows and changes. Encouraging her to make good choices. Disciplining her when she doesn’t. Comforting her when she’s crestfallen. Lucy Adler exists only in the book I wrote and in my own head. There is no other information available.

And yet, like my son, she is leaving me. Others will read her and get to know her. I hope she’ll be real for them too. No art is a passive experience; it belongs equally to the creator and the consumer. And so there will be the Lucy of my own life, the girl I created and love, and there will be the Lucy as consumed by others. And that Lucy, I’ll never know.

How unfair, after all our work, that our children are not ours.

Dana Czapnik is a 2018 NYSCA/NYFA Artist Fellow in Fiction from The New York Foundation for the Arts. In 2017, she was awarded an Emerging Writers Fellowship from the Center for Fiction. A native New Yorker, she lives in Manhattan with her husband and son.

When Even the Greatest of Writers Grapples with Self-Doubt 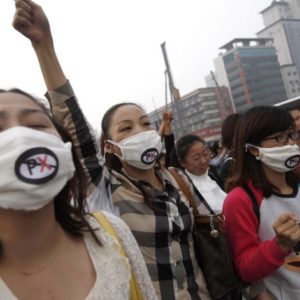 The world admired the speed and success of China’s “economic miracle,” which occurred when the economy grew, opened...
© LitHub
Back to top