Brandon Taylor is Not Having It

When I stumbled into chatrooms in my early teens, it felt like someone had peeled back a translucent film that had until that very moment rendered the world hazy and indistinct. Because I grew up in a relatively silent, non-literate household, I felt stung by the sheer volume of words being flung in every direction. It’s a trite observation now, but at the time, I had never seen so many conversations taking place simultaneously, an infinite scroll of words and colors. There were primitive emoticons flickering by like bottlecaps in a stream, but what dominated my chunky Dell screen was a block of text in more forms than I’d ever seen: italics, bold, rainbow, red, purple, green, undulating, skinny, tall, fat, huge. It was utterly cartoonish. It was absurd in scale and scope. It was too much to see, too much to understand. I don’t know how anyone ever got anything done in there. But the part of it all that brought me a particular kind of delight was the functionality of operators.

For example, you could apply asterisks to either end of a string of text, and that string of text was delineated by all who read it and understood the code as an action. From relatively simple commands like *falls on face laughing* to more complicated and at times quite coarse actions, it was nothing at all to turn text into motion. I struggled with it at first. I was shy and a little ashamed of myself because it seemed silly. But by some strange magic, it seemed to work. People began to react to the things I did, and I reacted to them, until we were engaging in a kind of roleplay, a kind of simulated life right there in the text. The easier I found it, the more I wanted to do, and the more I chaffed against the constraints of the asterisk. Eventually, I abandoned it for what felt to me the more literary method of denoting actions in a chatroom: italics. But I never forgot the asterisk’s curious power for turning word and thought into image and action.

An asterisk has a similar function in typography. They are used to denote a break or a shift. They serve a specific function in that they relay precise geographical information within a manuscript. It’s a way to delineate a section break from a page break, a way to cue the reader that a transition is coming, a movement into something else. A string of three asterisks together is called a dinkus, and they are commonly used in fiction and in nonfiction to carve up larger sections into smaller still sections. They’re a kind of organizational tool that, in print media, is especially useful when dealing with fragmented texts. They are indispensable.

But we have to talk about our use of asterisks in online writing. Usually, in online text, the information is laid out on a scroll. We descend through the information vertically. So then why is it that one can hardly open an essay, article, or story without being confronted with asterisks?

The question doesn’t really deserve an answer because it is a stupid question. Writers use asterisks because they want to. Because they feel like it. Because they find it helps them think and organize. Because the weather suits them. Because it provides a placeholder to come back to in the composition process. There are as many reasons to use an asterisk as there are stars in the sky and more still.

And I hate them all.

When you’re reading vertically, it simply makes no sense to use an asterisk because it no longer has to relay specific spatial information to the typesetter. It no longer has to demarcate section from page break because there are no page breaks in an essay you read vertically on the internet unless it is one of those vaguely scam-y slideshows. One could argue, yes, that the internet is just a temporary holding cell for things you hope to print out later. That is true. Yes. Okay. Perhaps. But that to me seems kind of like an emotionally disingenuous argument because nobody is printing out every braided lyrical essay on the topic of newts they read on the internet. They just are not.

And as someone who reads a great deal of fiction in slush piles and in magazines and journals, I just have to say it: people don’t know how to transition in stories. I said it. The thing I find in stories that have more than five asterisks (some of which are in the middle of the page and nowhere near where it’s necessary to call attention to the section break) is that scenes dissolve far too early. The asterisk is used as a cheat, elision as a kind of magician’s cape to conceal a total lack of scene architecture. Mere motion is substituted for real momentum. Just because you use an asterisk to leap from one topic to the other does not mean that you are eliciting a higher poetic truth by the careful collaging of your fragmented bits.

Something that I have heard in many workshops is that you should be consistent, because the reader will get confused. So you need to mark all section transitions the same. I mean, yes, if the reader we speak of is the person assembling your typed manuscript pages for publication. That is ridiculous. A ridiculous sentiment. You do not need to mark all transitions with asterisks simply because you have more than one transition. Do not infantilize your readers and afflict them with hideous typography.

But here is the real reason I hate asterisks.

When I’m reading an article or an essay or a story, online, I’m immersed in its texture. I’m feeling the shape of its argument or narrative emerge. I’m utterly under the spell of the writer. And then along comes an asterisk. The asterisk pops me right out of the document. It sends me hurtling into space. And then, I come down on the other side. And what do I find? Surely, there must be some justification for the turbulence, for the violence of being thrust away from the text. No. What I find is the next, logical beat. What I find is the continuation of the previous scene. What I find is something joined so closely to the preceding body of the text, so like it in texture and rhythm and voice and tone as to be utterly indistinct from it. And then I wonder. I wonder why the need for the ejection and reentry? Why the need for the asterisk? Why not a double white space? Why the lightning bolt out of the blue?

To the rest of you, I say, knock it the hell off. You’re writing on the internet. Using an asterisk in an internet essay is akin to shouting across a library table to your friend, asking them to please pass you the iPhone cable and then acting like nothing has happened. A lot of bluster and fuss for no good reason. If you’re going to forcibly wrench a document to your will, at least do something interesting with it.

I can’t help it. Asterisks are an operator. They have a function. They do things. They’re not mere punctuation. They’re the source of a kind of magic. That same magic that all those years ago taught me how to make words move. They by their very presence shift a text, set it apart.

Which of course is what makes them so appealing.

But trust me, the double white space is better.

How Tango Rewired My Brain... and My Body 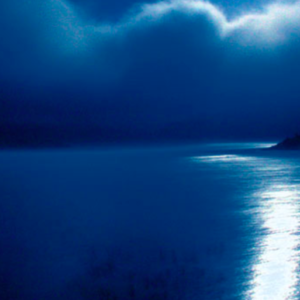 The following is from Nowhere Magazine's 2016 print annual. * The flight to Cape Dorset, an Inuit community on a small...
© LitHub
Back to top