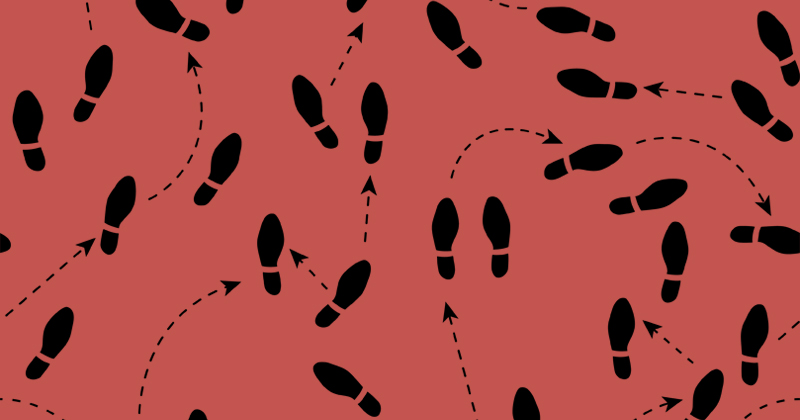 How Tango Rewired My Brain… and My Body

Meghan Flaherty on the Highs and Lows of Learning to Dance

The tango studio was in an ordinary office building, on the second floor. I had only just enrolled myself, and now I stood in one of several rooms walled off by dark pink curtains, strapping on a pair of grandmotherly pumps. The maestro entered, heels slapping as he thrust himself across the floor. Immediately, he started giving orders in a clipped and thinly eastern European accent. The dance yes is to walk. Okay, begin.

We didn’t walk. We practiced standing—with all our weight on one foot then the other, watching our ankles wobble in the mirror. The ladies were asked to stretch up on the forefoot—balanced on the ball, heels elevated—a task that only made us wobble more. Then the maestro demonstrated foot trills, little flicks, one foot around the other. Your feet caress the floor, he said. You hear the difference. A dozen ears tuned to the tidy sweeping sound of leather sole against hardwood. Now the other. You try. And we stood there, one foot wobbling, the other undertaking little decorative missions. We tipped and steadied ourselves, like toddlers playing teapots, until we could approximate the maestro’s tidy steps. Then the hour struck, the maestro killed the music. We hadn’t so much as partnered up.

When I showed up for that first tango class, I was 25 years old, and flailing. By day, I languished in a cubicle; by night, beside a man who didn’t want me.

He was my best friend. We didn’t really want to be together, but we couldn’t fathom how to be apart. We were hardly ever intimate. He would often bristle when I tried to take his arm. If he took my hand to hold it walking down the street, he would extricate himself in seconds. He would hug me sometimes, earnestly, but back away abruptly—so abruptly that I’d fall forward into vacant space and have to catch myself from falling farther. He meant no malice with his lack of physical affection. We loved each other very much, but we were not in love.

When we did have sex, our lack of chemistry made both of us a little sad. We finally gave up trying; I felt immense relief. It was an ideal situation for a girl afraid of men—to go everywhere with this picture of a man, this Ken doll in the flesh, and call him mine, knowing that he would not touch me. That I didn’t need to guard my body anymore.

But after months of this, and years of flinching, keeping myself to myself, I’d gone a little cold inside. I was no longer physical; I’d lost my animal response. When touched, however casually, I recoiled.

Group instruction, once we graduated from practice hold to close embrace, was therefore quite discomfiting. Elbows were one thing. Now I had to put my arms around a stranger, feel another cheek against my own, that person’s bone and skin beneath my hands. I had almost forgotten how it felt to hold someone. I was startled by the feel of fat and veins.

It felt like touching just-plucked chicken, or chops beneath a barrier of butcher’s paper. Crisp cotton, moistened silk, the feel of someone else’s clothes across my skin. It wasn’t sexy or transgressive, being held. I found it terrifying, though I did my best to hide my squeamishness, to separate that mammal closeness from everything it threatened to inspire me to feel. The music helped. I closed my eyes and listened, trying to align the complicated motions with the sound. The music made the movement otherworldly, as though I were safely in some magic Elsewhere and had ceased to be. I was not a vulnerable girl-body in the arms of a strange man; I was an archetype who meets another archetype, on a dance floor out of time.

A few months into my tango quest, I signed up for a class that specialized in close embrace.

“When you take a woman’s weight, you have to care for her,” the instructor, Enzo, said. “If you take her off her axis, even for a second,” he continued, “do not make her stop before you put her back.”

“This was all I wanted—for what I now knew to call my axis to be honored, finally. To not be made to lose my balance. To be protected, kept from falling forward into empty space.”

A follower’s axis in tango is her line of balance, the single beam of gravity down through her feet. When the leader shifts her weight from one foot to another, her trunk, her axis, comes along. When walking, turning, standing still, she stays on it, held up only by herself. But there are moves and figures that will take her off. Apilado style, which translates to “stacked” or “piled up,” is built on this. The partners plant their feet, then lean toward each other, touching torsos, sharing that one point of balance in between them as they dance. That center, whether for a single move or an entire song, requires trust. In tango, it is considered gauche to make a woman lose her balance. Insofar as it is her job to maintain herself, you mustn’t mess with her. You must restore her to her axis if and when you pull her off. These are the negotiations at the heart of the embrace. Afterward, in real life, a follower may be treated like she doesn’t matter; but on the tango floor, she does. She must. Without her, close embrace is just a lone man leaning forward into nothing, like a windblown tree.

“El abrazo. It’s a hug.” Enzo demonstrated with a ballerina in the center of the floor. “You hold her well,” he told us. “Like you mean it.”

He was circling the room now. When he reached me, his cheeks were damp. He smelled like aftershave. With my left hand, I cupped his tricep; with my right, I held his left. His hands were big, calloused, and one horny thumbnail bore a rash. He squeezed my hand, gently, gradually—as you would a plum to test its ripeness, and then he placed his right palm on the hollow of my back to show me how it ought to feel. He nudged me into close embrace. It no longer felt like handling meat. My arm slipped around his shoulders; my temple came to hover and then rest beside his. We rocked in place, weaving on our separate axes. He shifted my weight from foot to foot.

Right, left. Left, right. I missed the moment when we started moving: A side step first, and then we walked and paused. Walk. Pause. My eyes rolled shut. Just when he had my weight responding, when our walks had synchronized, he took a backwards step that I did not know to expect. I didn’t need to know to follow him. My weight was on my right foot, stretched into the floor; it stayed in place. My torso went with Enzo as he stepped back, and my free left leg flew with me, forward into nothing, swept across the space between our feet. His chest bore me up with brute stability, supporting me as he pushed us back upright. I landed softly on my axis and returned to earth.

If there was indeed a moment, this was it. When tango began rewiring me. For a moment, all the air was taken from me and I couldn’t breathe. This was all I wanted—for what I now knew to call my axis to be honored, finally. To not be made to lose my balance. To be protected, kept from falling forward into empty space. To be held like someone meant it.

I must have blushed, though not from shame or titillation; this was something pure. The danger of falling forward, the surprise of being steady in my motion, stretched along my spine. The new pleasure of being held. My body hummed and did as it was told. No flinching, no retreating boyfriend, no recoil.

“Nice,” Enzo murmured. He squeezed my plum hand gently, one last time, then moved to the next follower. The rest of class could not compare. I didn’t mind. I held that information in my body—how close embrace was meant to feel, willing the warm sun radiating through the windows to set it in my cells.

Tango highs are soaring, if sporadic: One good dance, or one good class. One moment when you shut your eyes and fly. Movement matches music and the combination makes your muscles slack. Your mind goes blissfully blank. Was it worth it? you will ask yourself, remembering the lows. All that anguish for three minutes’ worth of joy? Yes, the answer floods up through your limbs. Yes. 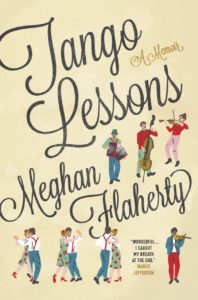 Meghan Flaherty has an MFA in nonfiction from Columbia University. Her essays and criticism have appeared in the Rumpus, the New Inquiry, and the Iowa Review. She lives in Palo Alto, California, and Tango Lessons is her first book.

Reading Through the Notes for Peter Matthiessen's Would-Be Autobiography 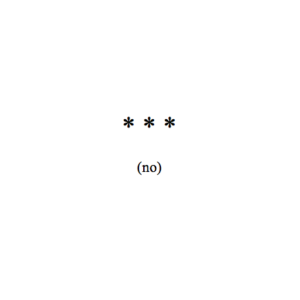 When I stumbled into chatrooms in my early teens, it felt like someone had peeled back a translucent film that had until...
© LitHub
Back to top
Loading Comments...