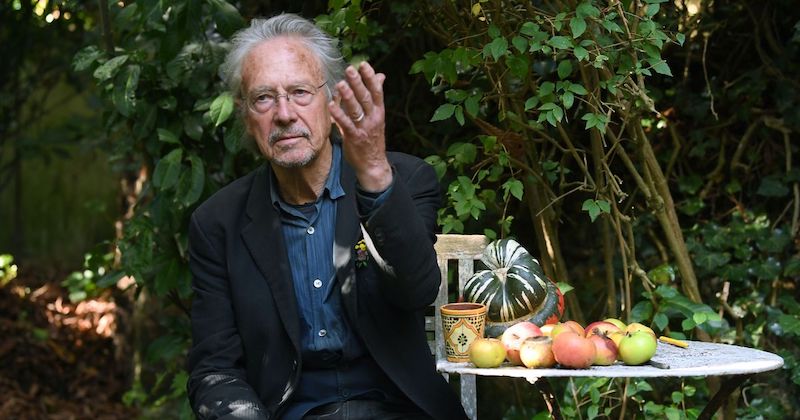 “I prefer toilet paper to your empty and ignorant questions.” The Peter Handke drama rolls on.

Today saw two new developments in the ongoing Peter Handke controversy, which has set the literary world ablaze since October 10 when the Swedish Academy announced the Austrian writer/Slobodan Miloševic eulogist as the joint winner (with Polish writer Olga Tokarczuk) of the 2019 Prize.

The first happened this morning, when current member and former permanent secretary of the Swedish Academy Peter Englund announced that he will be boycotting Tuesday’s ceremony because “to celebrate Peter Handke’s Nobel prize would be gross hypocrisy on my part.”

The second occurred a little later in the day, at Handke’s pre-ceremony press conference in Stockholm, when the writer brushed aside questions about his now-infamous support for Miloševic’s regime, telling the roomful of assembled journalists that it was not the moment to answer their questions. When asked by Peter Maas, an Intercept journalist, if the 1995 Srebrenica massacre (in which 8,000 unarmed Muslim men and boys were killed by the Bosnian Serb Army of Republika Srpska) had happened, Handke responded: “I prefer toilet paper, an anonymous letter with toilet paper inside, to your empty and ignorant questions.”

At the time of writing, a petition signed by almost 60,000 people is calling on the Nobel committee to revoke the award from Handke, the “apologist for the ‘butcher of Balkans’”