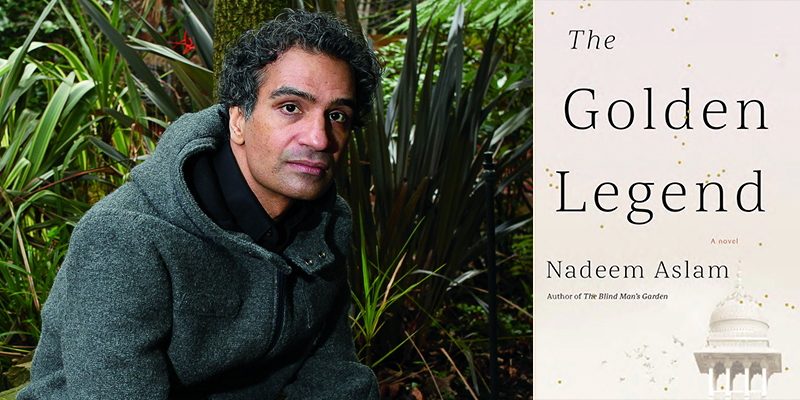 The Golden Legend Author on Politics, Marriage, and Reading Widely

In June, a Pakistani court handed down a death sentence to a man whose crime was posting allegedly blasphemous content on Facebook. Two months earlier, Nadeem Aslam’s luminous new novel The Golden Legend was published; it weaves its tale from the oppression of stifling laws limiting expression and the vagaries of those who live in opposition to them. The Golden Legend is laden with political upheaval that drives the narrative. I spoke with Nadeem Aslam about the complex relationship between politics and fiction and other themes he explores in the novel.

Rafia Zakaria: Do you think a novel should have a political message, an ideological underpinning of sorts?

Nadeem Aslam: In many ways The Golden Legend considers how we talk about the politics of the East and the West and the task of trying to imagine a global politics in our present time. In recent years, I have increasingly felt—I did not set out to write a timely book but it has become just that—frustrated at how frequently ordinary people are lied to about ourselves by the people who are in power. Against this reality, kindness has become a political act; to be decent has become a political act. For instance, I believe in political organization but not in the idea that everyone wants to get ahead. I don’t want to get ahead, to get power or dominate everyone, and I believe most people are like that. So I wanted to bring these political lies down to the level of everyday life and show that people are behaving in the opposite manner, that the idea that everyone wants to get ahead is not true of everyone or even most people.

The other day, I was in town and various political organizations had set up political stalls. I stopped by, I read some leaflets, and I donated some money, but then as I was about to walk away I saw that they had a badge that I wanted to buy. I was going to put down some more money for it when the young man who was manning the stall said to me, “It’s okay, you have given enough.” This is how ordinary people behave. To the insane world that insists to the contrary, my only one reply is that I refuse. The Golden Legend is my way of saying I refuse.

RZ: In one section of The Golden Legend you write: “Marriage belongs on the first page of a novel.” The relationship between husbands and wives is a narrative fulcrum in The Golden Legend. What urged to plumb marriage as a means of revealing your characters’ desires?

NA: My impulse was, and this can be a very fraught question when you are Pakistani: Where do the rights of women come in, and what does a woman give up when she enters an arranged marriage? My impulse was to explore the place of women in marriage and society. I tried to do this by revealing the complexities of marriage; the marriage of Nargis and Massud, who are both architects, and then also the relationship between Helen, who is the child of Christians but falls in love with Imran, who is a Kashmiri militant. In each case marriage was a way of exploring the place of women in society. Women do all the work and men get all the credit. In the sense of being related to real life, my grief and all my joy and all my anger, it comes from real life; my sea is imaginary but the fish are real.

RZ: In the book, Nargis, the main character, pretends to be Muslim when she is a little girl. This theme of passing or pretending to be something other than what you are recurs through your work. Why is it so important to you?

NA: If you’re a writer, you are an observer. By temperament I am at the sidelines. This was so even in Pakistan, where I did not belong to the center or the mainstream. I did not come from a middle class big city; I came from a small town and that has given me the instinct for observation, as it were. When I was younger I was literally glad that I was not a part of the academy. I was left alone, I read what I wanted, and I wrote what I wanted

I am not very competitive. I was on the margins, and I like to be on the margins. I firmly believe the job of a writer is to be a voice that is not the majority voice.

RZ: Recently in Pakistan, a mob lynched a progressive student named Mashal Khan. Some of the scenes in your book, such as the one in which the writer of a magazine is assailed by angry Muslims, seem both reflections and a premonitions. What were your thoughts on Mashal Khan’s death? What do you think is the antidote to Muslim rage?

NA: That was not the only incidence. I think within ten days of it another instance happened in Chitral, where three sisters went and shot a blasphemer in Sialkot. These two instances, the one in Chitral and the other in Siakot, are right now only a few days old. I don’t know. This is an engagement that you have to take on hour-to-hour and minute-to-minute; you have to oppose these people wherever you find them.

As John Berger once said, “We will learn how to wait in solidarity. Just as we will continue indefinitely to praise, to swear and to curse in every language we know.”

RZ: You went to school for biochemistry but then left to become a writer. How do you think one learns to be a writer?

NA: I can’t really be prescriptive. I learned on my own, developed my own way. People say magical realism is old; my mom and my cousin believe and they believe that they will be face-to-face with something like God. If I want to write about them, I have to think of that. Similarly, if I want to write about an uncle and a nephew my reference is my own uncle and how he is a believer. That is my first point of reference, so I will write the way I want to write.

I don’t think a writer even has the need for publication. If someone took me to a mountain of gold and asked me, “Will you stop writing?” I could not do it. I will only recommend to read widely and read extremely. I have 15,000 books, and people say to me, “You are alone all the time.” But I am not alone, Virginia Woolf comes and tells me stories and Dostoevsky comes and spends time with me and what more stimulating company could I need? I am being slightly facetious; when you read VW’s diary, you are in her head she is talking to you. Read and read; it becomes like a fever dream.

This may not be something that everyone wishes to understand or participate in, but I think part of my task as a writer is to comment on the world. My writing must say something of the world, must say to the unjust people who get away, maybe in life but not in my head; in my head I will put you on trial and we will judge you and sentence you.

RZ: In your book, Helen discovers that “the land of the pure did not exist.” Do you agree with this? Do you believe the quest for purity has doomed Pakistan? Do you think Pakistan endures, continues to exist despite its riven reality?

NA: It is not just Pakistan. I believe that a society has to be multicultural and that there have to be as many religions as possible, so, yes, I absolutely believe that the land of the pure doesn’t exist—and in order to create that land at the level Helen is talking about, injustice will have been legitimized and institutionalized.

I began by saying that I am someone on the margins, but even if I belonged to the majority, I would have a sense of solidarity with other minorities. John Berger was born in 1928, and some people who were also born at that time tried to excuse their prejudice by saying that was the way people thought back then. Well Berger didn’t do that; he was always on the side of the minority, and he always had solidarity. The idea is Shelley’s: “Hope creates from its own wreck the thing it contemplates.”

RZ: “Damage and restoration are part of the history of an object; some things are more beautiful for having been broken,” you say of Japanese vases. Would you say the same thing about Pakistan, whose various bits and pieces have been hacked off, rejoined, renamed?

NA: That was meant for the entire world. I was also thinking of Hemingway and his words in A Farewell to Arms that the world breaks everyone and afterward many are strong at the broken places. But those that it will not break, it kills. It kills the very good and the very gentle and the very brave impartially. The same happens with friendships and relationships and even countries, but we must make sure that the mistake does not happen again. We can look at the world in this way, and we have to learn who made what mistakes and what those consequences were. 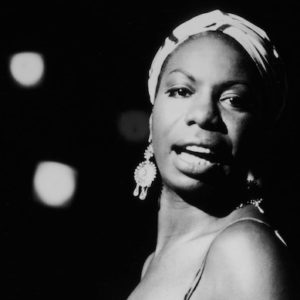 Nina Simone credited her friends of the black intelligentsia for facilitating her political education in the 1960s, offering...
© LitHub
Back to top