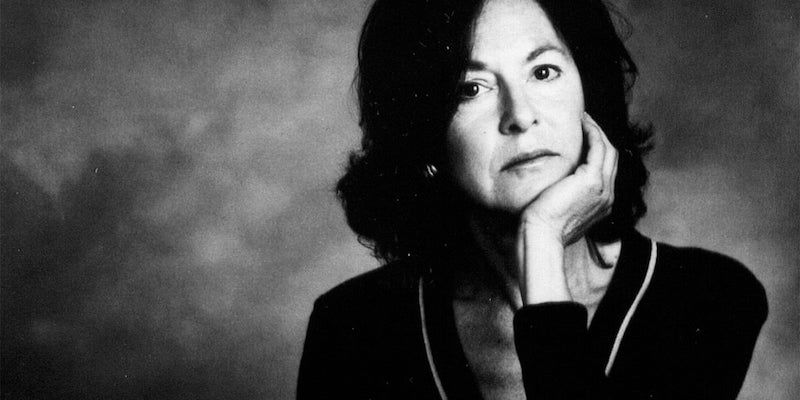 “I feel like a tracker in the forest following a scent.” Louise Glück on how she writes.

In spite of everything, some good things happen in 2020. Case in point: Louise Glück won a Nobel Prize for Literature today, bringing us a great reason to revisit some of the fantastic interviews she’s done over her long career as a poet and educator. Read the newly minted Nobel laureate on teaching, her writing process, and moving beyond creative blocks below.

On writing slowly vs. quickly:

I seem to have two methods of writing. One is the craftsperson method, which now seems, because I haven’t done it a while, very dear to me, in which the words are labored over; and a sense of agency is created by that process. You actually have a sense of yourself as making the poem. When you write very rapidly, when I write very rapidly, I lose that sense that the poem is mine. I can’t think where it came from. But it’s usually done quite quickly, and altered very little. . . . There are poems here that were over and over and over revised; taken apart, put together again, but in a very compressed period of time. And then there are poems in which there are recalcitrant words, phrases, things that I feel could be better. –from an interview with Beltway Poetry Quarterly

On the importance of teaching:

This is assumed to be an act of generosity on my part: teaching and editing. I cannot too strenuously make another case. I don’t think anybody does anything that takes this much time, outside the Catholic church, without a motive of intense self-interest. What I do with young writers I do because it’s fuel for me. And sometimes I tell the winners of these contests that I’m Dracula, I’m drinking their blood. I feel quite passionately that the degree to which I have, if I have, stayed alive as a writer and changed as a writer, owes much to the intensity with which I’ve immersed myself in the work, sometimes very alien work, of people younger than I, people making sounds I haven’t heard. That’s what I need to know about. Virtually every young writer about whose work I’ve been passionate has taught me something. –from an interview with the Academy of American Poets

On not knowing what comes next:

When I’m trying to put a poem or a book together, I feel like a tracker in the forest following a scent, tracking only step to step. It’s not as though I have plot elements grafted onto the walls elaborating themselves. Of course, I have no idea what I’m tracking, only the conviction that I’ll know it when I see it. –from an interview with Poets & Writers

On seeing a creative setback as a source of inspiration:

I was moaning to my sister about losing words, about the deterioration of my vocabulary. I said to her, “How am I ever going to write when I’m losing words?” and she said, “You’ll write about losing words.” And I thought, “Wow, good, I’ll write about having no speech, about deterioration.” Then it was the most exciting thing, a wealth of material—everything I had been bemoaning was actually unexplored territory. –from an interview with Poets & Writers