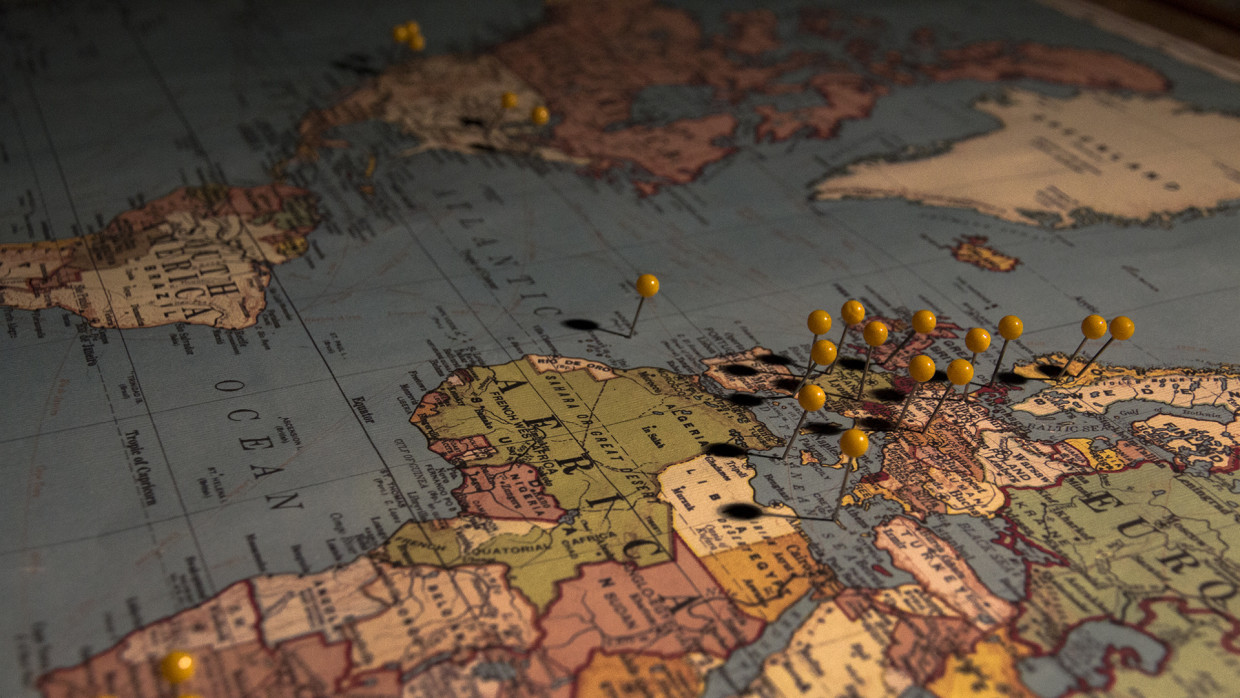 I can’t stop scrolling through this blog of etymological maps.

Here’s a delightful Friday diversion: Mapologies, a blog that charts regional linguistic differences (did you know that there were more than five different words for “flip-flop” in Spanish-speaking South America?), etymologies (like the word origin of “blue” in countries across Europe), and the differences in proper names from pop-culture across the world.

The last is how I encountered Mapologies, via a tweet about the names of Donald Duck’s nephews (I know them as Huey, Dewey, and Louie) across Europe and parts of Asia: 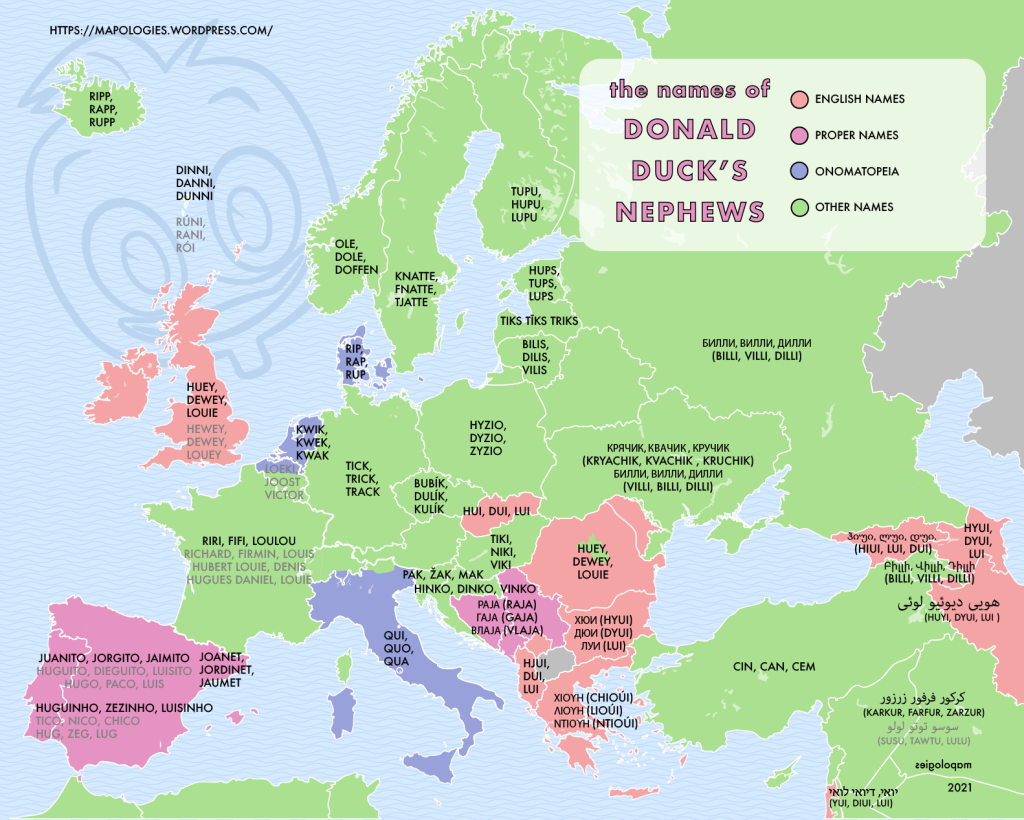 (If, god forbid, I ever have triplets, I will be naming them Hyzio, Dyzio, and Zyzio.)

Apparently the names of cartoon characters is pretty fertile ground, because Mapologies published similar maps for the Flinstones, the Smurfs, Donald (or “Uncle”) Duck himself, and Mickey Mouse—who, in southern Italy, is “Michael.” So formal!

I can’t stress enough what a time-suck this blog is—but it’s the wonderful, rare time-suck that actually teaches you something (other than what Joyce Carol Oates thinks about everything). Like how every country in Europe toasts! So the first time you go to a bar with friends again, you can raise a glass and say “Terviseks!” or “Skål!” or “Gëzuar!” Of course, you could always stick to the standard “Wow, really trying something with that facial hair, huh?” But then how would people know how much the internet has taught you? 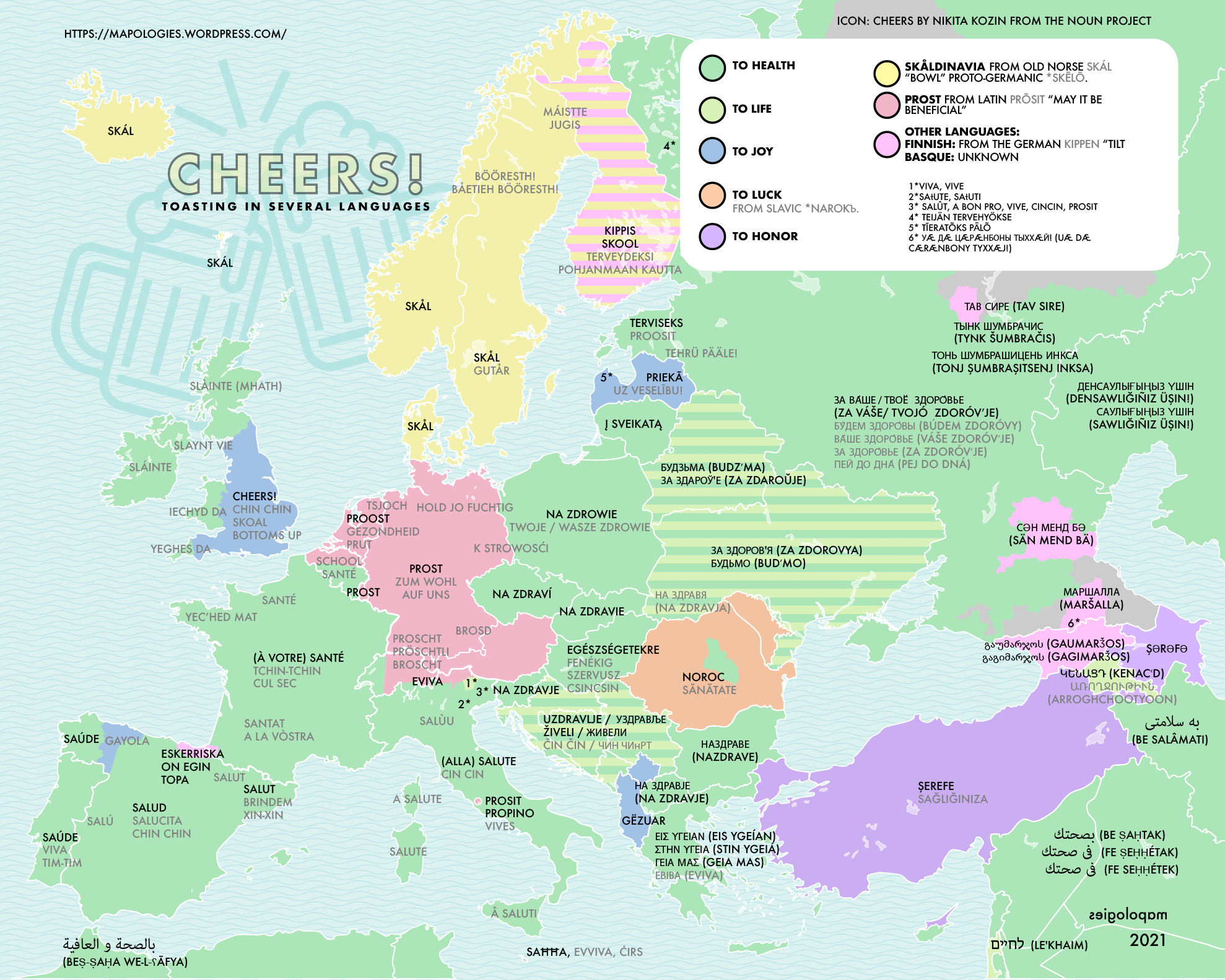