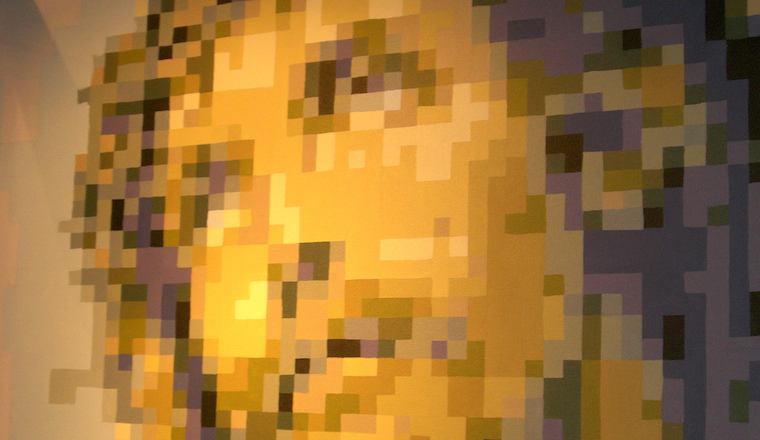 The Confession of Jesus Angel Garcia, Author of BadBadBad

By AKA Jesus Angel Garcia

A few years back I wrote a transgressive novel called badbadbad that was published by extreme crime fiction imprint New Pulp Press. The story deals with shattered identity, roleplay, and delusion through the lens of sex, music, religion, and violence in a world where all the traditional support systems have collapsed. To promote the project, I toured the country—more than thirty performances, coast to coast—reading, playing songs, and screening chapters of the film. I was fortunate to share the mic with celebrated authors I had first met online, including Amber Sparks, Lindsay Hunter, Roxane Gay, and Scott McClanahan, and dozens more. I published a few excerpts of the novel on lit sites and in lit mags, and contributed a kind of giddy tour blog to Electric Literature. I put myself out there, and my work and my name became known, at least to some extent, in various indie-lit circles.

I’ve been struggling with “coming out” for a long time. I didn’t know how. I considered quietly disappearing, which is easier to do online than it is in real life. But disappearing isn’t owning up to what I’ve done, and this issue is bigger than I am. A friend suggested that I do the opposite of disappear—make a public statement. Here’s my best attempt:

By coming out I mean owning up to and apologizing for cultural appropriation in the choice of my pen name Jesús Ángel García.

I’m not Latino. This name says that I am. I realize now that this is cultural appropriation, and what I’ve done has been hurtful to strangers I’ve never met and friends I know, love, and respect. To those I’ve wronged, all I can say is I’m deeply sorry, and I will do what I can to make amends, starting with this statement.

That’s the short story. That’s what’s happening now. That’s the most important part of what I have to say.

What follows is a brief backstory—not an excuse—a personal history for anyone who may be interested in understanding why and how I made the choices I’ve made. It’s also my hope that my experience may be helpful in contributing to the literary community’s current dialogue on cultural appropriation..

Please note: Fundamentally, I am acknowledging that I was wrong, and I accept responsibility for what I’ve done.

A few years back, I wrote a transgressive novel. I knew I would have to use a pseudonym when it was published. If the provocative content of this book is ever associated with my birth name, I might not only lose my livelihood but harm a lot of people I care about. I think of this as classic separation of Church (creative work) and State (day job). I chose Jesús Ángel García because this is the name of the first-person narrator of the novel. I thought that adding this author name to the mix might contribute to the narrative’s confessional memoir-like tone and complicate the reader’s perception of the text’s “authenticity.” At first, I was thinking only in terms of this kind of metafictional literary construct. Then I grew to like the blasphemy of calling myself Jesus. I was raised Catholic. Nearly all the priests in the parish where I grew up were busted years later in a sex abuse scandal. Choosing to “play Jesus” in public was maybe a way of channeling some of my anger toward the church. I never stopped to consider the implications of such a choice.

I was clueless. Call it ignorance born from privilege, a lack of foresight and empathy. I didn’t understand that presenting myself as Jesús Ángel García was cultural appropriation until it was pointed out to me well after the novel had been published. By then, I felt like I was stuck. I couldn’t conceive of a tactful way to disentangle myself and all the work I’d published and performed as Jesus from what had become an albatross of a stage name.

That said, I wish I’d come to terms with this long before now. I had many opportunities to do so when I started reading in the Bay Area to promote the book and discovered that I often didn’t know how to introduce myself to people in the community. On one hand, I felt like I had to maintain the pseudonym for privacy and safety concerns. On the other, doing so felt disingenuous, not at all who I wanted to be (or how I thought of myself) as a person in the world. The first few times, when folks would ask if it was Jesús or Jesus, I would give them the Jesús pronunciation, since that was the name on the spine of the book. Soon, though, I found myself playing preacher: “Whatever makes you happy, my child.”Let’s have fun with blasphemy! I never meant to hurt or disrespect anyone (other than True Believers, perhaps, if they happened to get caught in the crossfire).

As I met more and more people at local readings and on the cross-country book tour, I would sometimes admit that my author name wasn’t my birth name. I would do this privately, on a whim after a few drinks or when I was feeling comfortable crashing on the couch of a fellow writer. I think I mostly fessed up to new friends when it somehow seemed convenient or natural or like an opportune moment in conversation. I’m not sure anymore at this point. I know the “big reveal” was fairly rare and uncalculated. While I was struggling early on with issues around the pseudonym, I don’t think anyone had yet called me out on the cultural appropriation. Not that acknowledging this is, or has ever been, anyone’s responsibility but my own.

I’m not trying to characterize myself as a victim of my own ignorance. I’m not a victim. By publishing and performing under a Latino alias, I co-opted Latino identity and cultural cachet without ever having lived—in the most real, day-to-day sense—what it means to be Latino in the United States today. I implied that my voice was a Latino voice, and by doing this, I essentially robbed Latinos of their own voice and, perhaps, of opportunities to have their voice heard. That’s a problem. My actions disrespected a people and a culture that I hold in the highest esteem. Once again, I’m very sorry for any pain I’ve caused.

Up until the last couple of months, despite reading as much as I could about the problems of cultural appropriation, I could not recognize—in full—what I had done. I would rehash arguments with friends. Some were saintly patient with me, others less so. A few pushed hard for me to break with Jesús. Most of my friends, though, who come from all over the map, didn’t have a problem with it, or with me.

But that doesn’t matter. As Maisha Z. Johnson makes wonderfully clear in her Everyday Feminism essay, It’s Not Just Kylie: 7 Reasons Why White People Should Not Wear Black Hairstyles: “Since cultural appropriation isn’t about one individual being a bad person, it’s also not about one individual person giving you a pass to do it.” Johnson points out in the final line of her piece how one opinion can’t stand as a statement for an entire culture. It doesn’t matter if what I’ve done doesn’t bother some people—in the global context, it’s problematic. I made a thoughtless error in judgment that could be called “pitiably uninformed,” as Parul Sehgal puts it in a recent Times Magazine piece, and I’ve hurt people. I have to accept this as a fact and do what I can to make it up to those I’ve wronged.

Who should I be now? I still can’t connect my birth name to my creative work. As I’ve said, there are serious issues of safety and privacy. I’m also gun-shy about choosing a new pen name. I would gladly be Anonymous, but that one’s taken. I don’t know how to discreetly change my name on social media, where I not only maintain personal accounts but web pages for the band spun off from my novel. This is why, in part, it took me so long to extricate myself from this mess. I didn’t know how. I guess I’m about to find out. All I can do is accept what comes next.

Once I put these words out there, I realize their reception is out of my hands. I’m sure there will be people who are angry at or disappointed in me or who won’t forgive me. I know there’s nothing I can do about this. I can only hope that most people reading this can hear what I’m saying in the way I mean it.

Ultimately, what I’ve written is not for me. It’s not about making me feel better. It’s for the people I’ve hurt. It’s about acknowledging my mistake and offering my sincere apologies. It’s about trying to make amends. It’s about respect.

How Will the Greatest African Superhero Handle Race in America? 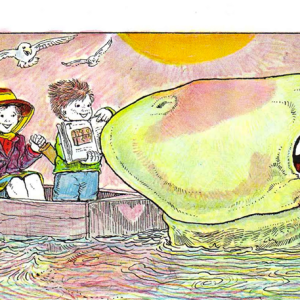 How will an African superhero handle race in America? On Ta-Nehisi Coates and the new Black Panther. | Literary Hub Junot...
© LitHub
Back to top