VIA SEATTLE ARTS AND LECTURES

How Will the Greatest African Superhero Handle Race in America?

On Ta-Nehisi Coates and the New Black Panther

From the opening sentence of Ta-Nehisi Coates’s acclaimed memoir, Between the World and Me, we know his chief concern is the destruction of the black body. Citing a television news interview he was called to do, he recalls the interviewer’s lack of understanding about what it means to lose his body. Throughout the book, he attempts, in the form of a letter to his teenage son, to reconcile what it means “to live free in this black body.”

It has been the perception of many lately that attacks on black Americans have intensified. But whether this perception is because of increased awareness or increased occurrence, we know one of America’s greatest traditions is controlling the black body—where it can go and what it can do when it gets there, how it should walk, what toys it can play with, how it can look or what it can say.

This control has long been part of our history. Off the coast of Senegal, on Goree Island, sits the House of the Slaves, a memorial to those Africans stolen in the slave trade and taken to the new world. At Goree, the Door of No Return faces the sea, and is said to be the last door those people passed through on the continent of Africa.

On one side of the door was Africa, on the other—unknown. If they were Wolof or Bamileke or Mandingo on one side, what did they become on the other? Five hundred years later, we still haven’t figured out the answer to that question. In that middle passage, is that where we became “black”?

Some would say there is a pessimism in Coates’s writing, more specifically an articulation of afropessimism—the denial of a deeper black existence expressed as a disregard for or disgust of the black body. Historically, that manifested not in the passing from slavery to freedom, but the movement from one mode of racialized domination to another. At one point he wonders if “’black was just someone’s name for being at the bottom.”

Standing in opposition to that reality is the Marvel comic book hero Black Panther, the next iteration of which has been entrusted to Coates to write. Black Panther is king of the fictional African nation of Wakanda, and through a combination of skill, magic and technology, is one of the fiercest warriors in the Marvel Universe.

The story of Wakanda goes something like this: Some years ago, a meteorite made from the powerful mineral vibranium crashed to the earth in Wakanda. It is unearthed by then King T’Chaka, father of current king and Black Panther T’Challa, who, knowing others will stop at nothing to acquire this rare resource, closed Wakanda to the outside world. He sells small amounts of the valuable vibranium while secretly sending the country’s best scholars to study abroad, turning Wakanda into one of the most technologically advanced nations in the world. This technological prowess—along with a magical Heart-Shaped Herb imbued with powers from vibranium radiation—is the source of Black Panther’s enhanced abilities.

There is a general excitement among black (and other) comic book enthusiasts about the tapping of Coates to write the next chapter of the Black Panther story. The science fiction elements of a superhero story may seem like unfamiliar territory for the realist Coates, but that’s not necessarily the case. Coates, maybe better than anyone writing today, explores the realities of “What Is” for black folks today. Like all superhero or speculative fiction stories, Black Panther is the articulation of so many “What Ifs.” What if imperialism didn’t decimate much of the African continent? What if those countries fully realized the wealth and power from the birthright of their natural resources?

Black Panther is the answer to those questions and others. And while T’Challa is wholly African, he hails from a separatist nation, separatist not out of race-based hatred, but out of fear of colonial pillaging. It will be interesting to see how—if at all—Coates connects the story to the realities of black America he writes about so profoundly. To do so, he’ll have to weave a tale that refuses (or challenges) pessimism and embraces the concept of afrofuturism.

Simply put, afrofuturism centers black folks in stories—written, sung, painted or otherwise—that map visions of worlds we’d like to see, or expect to someday. It is the answer to the whitewashed versions of the future that permeate sci-fi and speculative fiction, which are often devoid of people of color. Afrofuturism can be found in the writings of people like Octavia Butler, in the music of Sun Ra or Janelle Monae, or even the paintings of Basquiat.

Did Marvel make a mistake in entrusting the realist Coates with its most prominent black hero? Maybe not. He’s adept at creating tales built on the quest for social justice, and afrofuturism as it is embodied in fiction has been called the ultimate tool for social justice. Writer Walidah Imarisha, co-editor of Octavia’s Brood: Science Fiction Stories from Social Justice Movements, in a recent interview with The Nation, had this insight:

Any time we try to envision a different world—without poverty, prisons, capitalism, war—we are engaging in science fiction. When we can dream those realities together, that’s when we can begin to build them right here and now.

How Coates makes this leap remains to be seen, but could lie squarely in the theme he returns to often in Between the World and Me—the destruction of the black body. For Black Panther and his home nation Wakanda, protecting the people and their natural resources is of ultimate importance. In America, one of those treasures is black people. He writes, “In America black bodies are a natural resource of incomparable value.” From the theft of bodies, from slavery to overrepresentation in the prison-industrial complex to the taking of lives too early by street violence and overzealous use of force by police, Coates carries the weight of a sadness brought on by a loss of agency over our physical selves.

If nothing else, Black Panther is the embodiment of black bodily agency. He possesses superhuman intelligence, strength and agility, and uses them with deadly consequence against anyone who threatens the safety of his people. One wonders how Coates will weave the story into real-life issues, especially closer to home in the United States. It has been done before with the franchise. Black Panther once defeated and then allied himself with America’s Fantastic Four, and is a one-time member of the Avengers. In those stories, politics often took a back seat to the traditional action of good vs. evil.

Given the nature of the writing he’s offered the world thus far, it is hard to imagine Coates creating story lines devoid of politics. Black Panther, an adept statesman as well as superhero, has defended the lives of his Wakandan compatriots in the past, using his skill at negotiation as much as he employs hand-to-hand combat. Could he next turn his attention from his fictional home nation to the plight of Africans in America?

Aaron Counts is a teaching artist with the Writers-in-the-Schools program and is the program coordinator for Creative Justice, an arts-based alternative to incarceration for youth in King County, Washington. He is the co-author of Reclaiming Black Manhood, and sometimes lectures on the subjects of race and social justice. 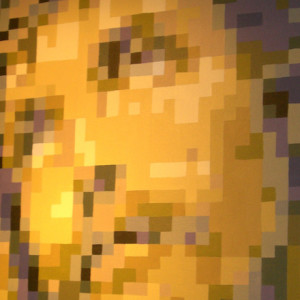 A few years back I wrote a transgressive novel called badbadbad that was published by extreme crime fiction imprint New Pulp...
© LitHub
Back to top