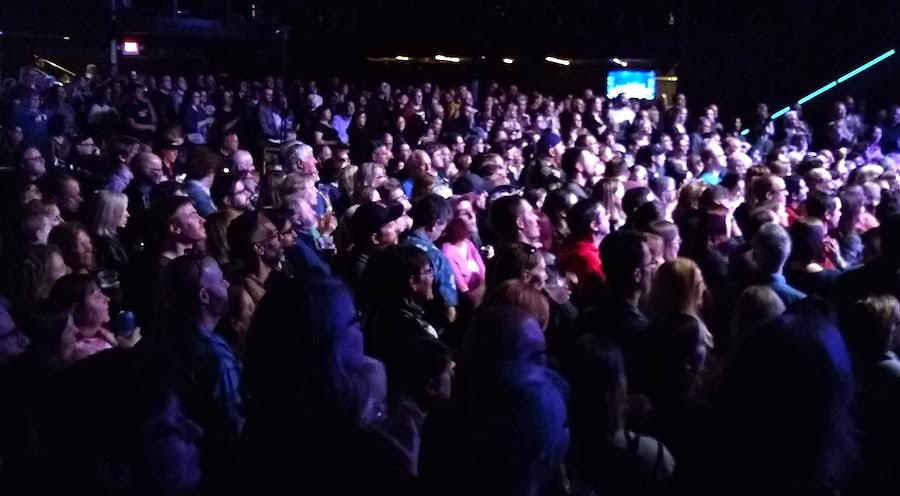 There are inherent risks in asking a debut novelist to recap his experience at a new literary festival taking place in his hometown. First, he might be exhausted and hungover. (Fact check: he is.) Second, as a former Minnesotan and current New Yorker, he might default to the trope of the prodigal son’s return: “In my youth the Twin Cities felt like a literary desert. Today my heart swelled as I watched crowds of bibliophiles crush out seeing Tommy Orange IRL.” Or even worse: “I left Minnesota with the dream of writing fiction. Almost two decades later, I took the stage and spotted my proud parents in the third row…” And third, there’s a risk the author will employ the third person. Your correspondent blames the fatigue and promises to soldier on with whatever brain cells remain.

Wordplay, which spanned Mother’s Day weekend, is run by The Loft Literary Center in downtown Minneapolis and comprised four outdoor stages and indoor venues like the Guthrie Theater. I’m bad with numbers, but I estimate 75 to 125 authors and an audience between five thousand and a million. All of the panels I saw were packed, and the All Access wristbands sold out by Friday.

The big draw: Stephen King. Not only did he make a rare Midwest appearance, but the festival kicked off with a concert by his band The Rock Bottom Remainders. Sixteen hundred people filled First Avenue—you know it from the Purple Rain film—to see King, Dave Barry, Amy Tan, Mary Karr, and a few others play loose covers of dad jams like “Gloria” and “Stand By Me.” Britt Udesen, the Loft’s Executive & Artistic Director, welcomed the raucous audience and said, “Holy shit Minneapolis loves books.” The boozy cheering in response was both funny and, yes, a little moving. As for the concert, King was on-brand in a t-shirt emblazoned with MAINE. The general vibe was of a long-in-the-tooth wedding band discovering mid-set Hey, they really like us, maybe we should make a real go of it? For my part, the beer helped. (Minnesota has a surfeit of high ABV microbrews.) 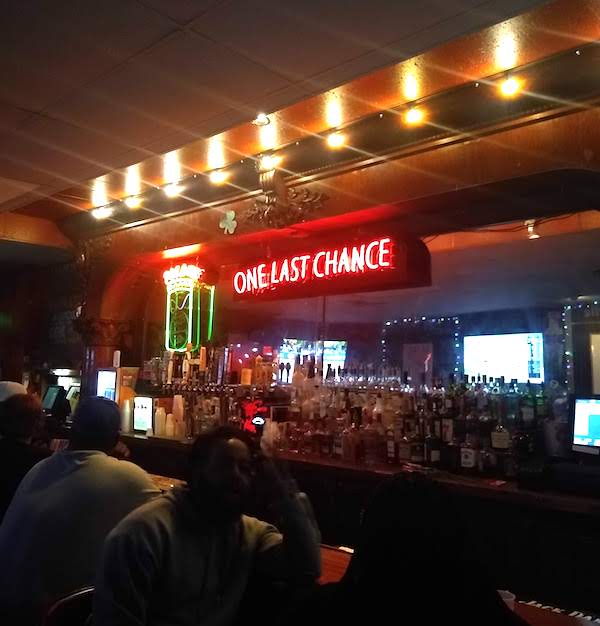 For some of us, at least. (At the Northeast Palace.)

I missed King’s Saturday morning talk with Benjamin Percy, but I heard 4,000 people attended and it went well. I did see an afternoon panel with Mira Jacob, Tina Chang, and Robin Beth Schaer discussing raising mixed-race children in Trump’s America. Chang said, “To be in a mixed-race family is to be in a state of beautiful unrest.” It was therapeutic. One doesn’t expect to tear up at an afternoon panel, but there you go.

You may not be interested in my afternoon visit with my 19-month-year old niece, but she’s very cute. And still distrustful of the uncle she suspects is her father’s clone.

Saturday night was Lit Crawl, for which your humble writer hosted the literary trivia game Nerd Jeopardy at Bryant Lake Bowl. The capacity crowd played against an author’s team of Mark Doten, Jennifer DuBois, and Julie Schumacher. Doten embraced the role of the heel, channeling Wrestlemania with defiant laughter in the face of vociferous booing. (I encouraged heckling.) In a reminder of the unfairness of life, Team Author won with 10,000 points, identifying New Hampshire as home of the first free US public library. I gave Doten’s drink tickets to second-place finishers Chelsea Johnson, Sarah Stonich, and Jay Gabler. Then everyone repaired to the bar, where Irina Reyn and Geoff Dyer were debating Coen Brothers movies and Chekhov’s short fiction. Dyer confessed, “I have yet to enjoy the Chekhovian orgasm.” It’s never too late?

After a couple hours and a (brilliant at the time) Scott Turow-themed drinking game, I decamped to catch the tail end of my uncle’s 50th birthday party at Northeast Palace. There was Prince karaoke and cheap Budweiser. I took outsized pride in convincing my 21-year-old cousin to see Akira, and I felt cool for the first time in years when she heard I saw Arcade Fire on the “Funeral” tour. You must guard the little victories in life.

Sunday was Mother’s Day, so Doten and I paneled about the apocalypse, Trump, and pitch-black satire. We enjoyed a nice turnout and a smart audience, though I didn’t see my eighth-grade bully, teary-eyed and repentant. His comeuppance will have to wait for the paperback tour.

In his moderator’s introduction Matt Burgess noted we were on land formerly held by the Dakota people. This was indicative of Wordplay’s messaging, which for a debut festival is more of a challenge than you may think. The general rubrics are “Don’t be an asshole” and “Don’t be Coachella.” I appreciated the preferred pronouns listed under the names on our badges, and the dedication to inclusiveness was apparent in the list of authors and moderators. The generosity even extended to free massages in the author green room, a three-story house with Potterverse architecture and excellent snacks. I didn’t partake in the massage because… I’m an idiot. Next time. 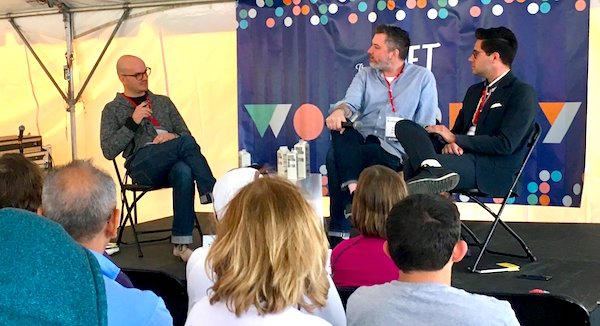 As for the general festival atmosphere, the author Mary Laura Philpott credited Wordplay director Steph Opitz, who put in time with the Brooklyn Book Festival and Texas Book Festival: “This is one of the best-organized festivals I’ve been to. A damn fine list of authors for a debut year—a testament to Steph. When she calls, you say yes.” Full disclosure, Steph Opitz is a longtime friend, and an incredible one. She even organized a small, late-Sunday gathering at her house where I had the good fortune to hear Gregory Pardlo read Frank O’Hara’s “Mayakovsky” (because I requested it and he’s a nice guy).

Then I slept for three hours and made for the airport. While my weekend was packed cheek by jowl I regret missing the panels with Marlon James, Kristen Arnett, Morgan Parker, and a dozen more. And I’m only now learning about the cooking classes, the workshops, and the children’s events. It’s the first time I experienced FOMO for an event I attended, which must count for something. Here’s to Wordplay 2020. And twelve hours of sleep.