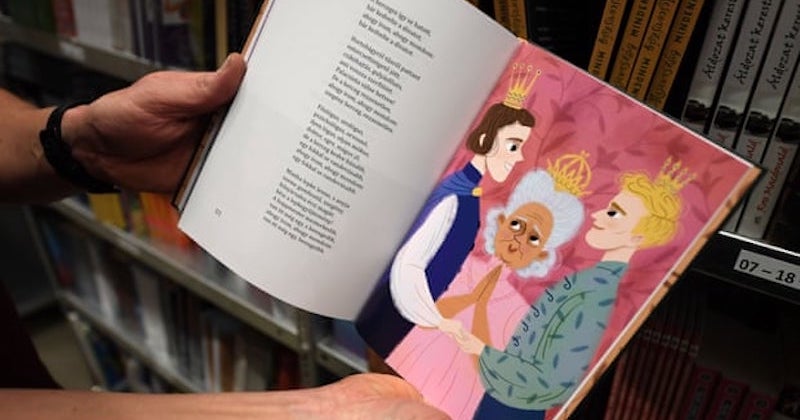 The Hungarian government has ordered a publisher to put a disclaimer on inclusive children’s books.

Loathe as I am to be the bearer of dispiriting news on this hopeful day, here’s a dispatch from Hungary that manages to be both petty and terrifying at the same time.

It seems that authoritarian Prime Minister Viktor Orbán’s staunchly right-wing government—which has made discrimination against the LGBTQ community a central tenant of its agenda for years now—has ordered a publisher to print disclaimers on books deemed to be showcasing “behavior inconsistent with traditional gender roles.”

As reported earlier this afternoon in the Guardian:

The government said the action was needed to protect consumers, after Labrisz, an association for lesbian, bisexual and trans women, published a fairytale anthology titled Wonderland Is for Everyone, which included some stories with LGBT themes.

The book, whose authors say it is intended to teach children to be respectful of people of all backgrounds, features a tale of a doe who is granted a wish to become a buck, and a poem about a prince who marries another prince. Other stories depict minorities in a positive light, including Roma and disabled people. The character Snow White, renamed Leaf Brown, has dark skin.

When asked about the sweet children’s book this past October, Orbán himself called Wonderland Is for Everyone “homosexual propaganda” before adding that homosexuals should “leave our children alone.”

This vindictive act against an already marginalized community is just the latest in a series of extremely worrying moves made by Orbán’s ruling Fidesz party over the last year. In May, Hungary voted to end legal recognition of trans people, while in November, the government amended the constitution to declare that in a family “the father is a man and the mother is a woman,” meaning that gay and trans couples could no longer adopt children.