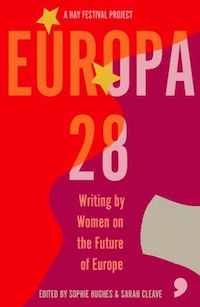 Nora Nadjarian represents Cyprus in the Hay Festival Europa28 project, bringing women writers, artists, scientists and entrepreneurs – one from each of the EU member countries, plus the UK – together to deliver their visions for the future. An anthology of their work, Europa28: Writing by Women on the Future of Europe (Comma Press) is out now. Join contributors to the project at the first event digital Hay Festival online this May (hayfestival.org/wales) and in Rijeka, Croatia later in the year (hayfestival.org/europa28).

The first hummingbird lived in Europe over 30 million years ago. Its colors were bright and bold, magnificent and stirring. When the hummingbird hovered above a flower with that spectacular blur of wings, its heartbeat was unbelievable.

This is a beginning.

The woman pulls aside the bed covers and touches her belly. She’s getting heavier around the waist but her husband still looks at her with desire, she thinks. After a long day’s work, as he lies in bed exhausted, he sometimes strokes her absent-mindedly while thinking about his next paycheck, about the bills or rent. He doesn’t tell her about their troubles.

Every now and then, at night, he feels the urge to enter his pregnant wife. He is careful not to press her belly too hard, not to break anything. His wife is filling up with strange liquids, with milk, with fat. And things can break, he has heard. Even water.

Lately, she reminds him of a woman in an old black and white photograph he once found tucked inside the last page of his father’s passport, a few days after he’d died. A large, wide-hipped woman lying on a bed of crumpled sheets, smiling. Her long hair covered her full breasts. Part of the bedsheet covered her sex. He remembers the desire he’d felt looking at his father’s mistress, mixed with the pain of losing him. The woman had been part of his father’s secret past. After looking at it for a long time, he had destroyed the photograph and handed the passport to his grieving mother.

When they first arrived here, he and his wife had a short conversation about smiling.

“Should we smile at our neighbors?”

“I think we should. We don’t speak the same language.”

“But is it necessary to smile?”

Babies are born crying, bawling for whatever it is they seem to have lost, whatever it is they seem to have found—yet the whole world welcomes them with a smile. This was not the case with the son of the immigrants. He came into the world prematurely, without so much as a whimper. With a pink face and a shock of black hair, he looked wisely, defiantly, at his first surroundings, his first, blurred, world—but did not cry.

There are three loud knocks on the door in the middle of the night and the old man wakes up with a start and thinks it’s the police. That is the first thing that comes to mind. He can hardly see a thing. This is ridiculous, he thinks. What’s going on? He turns on the bedside lamp. It’s 2 a.m. He drags himself out of bed, puts on his slippers and squints all the way to the front door, which he has locked from the inside. He unlocks the door and finds that funny-looking boy from next door standing before him on the porch—the boy with the imp-like body and the face of a wise man.

In Greek, there is no distinction. Irini means Peace, Peace means Irini.

The old man should feel angry at having been woken up for nothing, but he feels more tired than anything. He feels more tired than he’s ever felt in his life. This must be some kind of a joke. Nobody has ever found Peace, he thinks, especially on this island. He wonders if it’s all a dream. The boy must be playing games with him and he wants to slam the door in his face. Maybe it was a bet with a friend: “Go and wake up some fools in your neighborhood in the middle of the night and tell them you’ve found Peace. If they believe you, I’ll give you 10 Euros.”

It was a bet and the boy had lost.

The unwanted visitor runs away and leaves the old man empty-handed and blue, the blue of disappointment. Irini lets out a long laugh.

She is what eludes us, what slips away from us. It occurs to the old man that he’s waited a lifetime for peace. He’s disappointed that she has never, ever appeared to him, not even in a dream. The future, ah. The future, ah. “Ah” is the word Cypriots use when there is no real answer or they can’t think of anything else to say. Ah, we’re out of sausages. Ah, the bank was shut. Ah, the peace talks have fallen through. Ah.

He wants to ask the boy what Irini looks like, but the boy is no longer there. The old man stands bewildered at his door. Ah.

The woman never loses the weight she put on carrying her son, and he grows up. He speaks many languages, he travels the world. The boy who once spoke in riddles will be a man in no time.

One day, years later, he walks into an Armenian grocery in Vienna or Berlin or Paris or London or around the corner of a very cosmopolitan, beautifully tree-lined, avenue. In this shop, there are things of which his soul is made.

It is a chance encounter. He walks into the shop for no real reason except to take it all in, what is already inside him. All the familiarity of the food which to others may have no meaning at all beyond what it is, but which to him means the world: soujouk, pastourma, apricots, walnuts. A palette of colors, dried fruit displayed in sacks around the shop, sausages coiled inside their packets, bottled smells, dusty tins on high shelves.

Perhaps this shop, perhaps this man with his warm, dark eyes, perhaps that bottle of brandy will assure him that a makeshift home is possible, even here, in this exotic, familiar, alien territory, where they sell comfort food in disguise.

It has snowed in this city, and it is, to his eyes, the purest white that white can be, the coldest purity, and the lights of the passing vehicles are piercing. His feet are cold.

“You remind me of someone,” he says. “This shop reminds me of my childhood. How long have you lived here?”

“Twenty-five years,” says the shopkeeper, who could almost be his father. “I’ve lived here for 25 years,” in that language of his heart.

They always keep count, those who are away. Three months. Ten weeks. Twenty-five years. Does it matter? One day it will be a million years, but does it really matter as long as you are here? What difference does it make to anyone, that you drink brandy here and not there, that your children speak German or French or English, here and not there?

“We must love the present, not live in the past!” sighs the shopkeeper.

“Oh, but time is a womb,” says the man who speaks in riddles. “Aren’t past and present and future all one?”

The shopkeeper reflects on this. He goes home and asks his daughter: “What is the future?” His daughter looks up from the textbook she is studying, and replies: “Whatever you make it.” The man likes that answer and drinks a toast to it with a glass of Armenian brandy, the good stuff, the one he saves for special occasions, for that special drunkenness of his soul.

But tonight he does something he’s never done before. He goes out and rings on his neighbors’ doorbell. He hears shuffling, a short, muffled conversation behind the wall, and then the door opens. A surprised face greets him.

“Please,” says the shopkeeper, smiling. He wants to share the half-empty bottle of brandy with his blue-eyed neighbor. “Yes?” he asks, but it is more of an invitation than a question.

With the lamplight shining through it, the brandy takes on the color of honey.

Sometimes, on cosmopolitan, tree-lined avenues, there are violent demonstrations, smashed-in cars and shop windows, tear gas. People hold up banners that bleed words onto the streets. They start running in all directions, without knowing exactly where or why. There are loud knocks on doors, the wails of sirens.

In another part of the city, somebody followed an invisible line which both divided and united. Somebody tried to cross over to the other side—whichever side you happened to be on—and was shot. A woman was arrested. The young anarchist with the beard long enough to sweep the floor said that he wanted to have his ashes scattered over there, beyond the checkpoint, across the border, when he died.

They all scoffed at this unthinkable idea. That depends on which way the wind blows. Somebody else said a whole family had drowned when they fell overboard. Not being able to save them had felt like not being able to speak. Whole conversations were lost.

And suddenly there is a deluge of tears and waters breaking and blood and snow and ice melting. Something terrible is happening, and at the same time, it feels as if all this is already in the past.

The hummingbird returns to its origins after millions of years. It returns in a flash, sips on honey and hope, and glimmers. Its miniature heart beats and beats: I exist, I exist. Its tiny body belies this immense performance. The onlooker, if there is one, feels ashamed, unable to fathom the strenuous act. Everything is hovering and waiting. This hum is how it is, how things are.

A child prodigy once saw a blur of color and understood its meaning. He went through life making small changes to the way he looked at things. And he claimed to have seen Peace. His parents had no idea what he meant.

“Hummingbird” by Nora Nadjarian, from Europa28: Writing by Women on the Future of Europe. Used with the permission of the publisher, Comma Press.

On the Magic of Roya Marsh's dayliGht 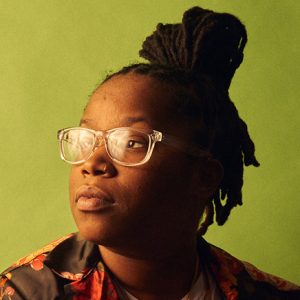 On the Magic of Roya Marsh's dayliGht In her stunning debut, dayliGht written in protest to an absence of representation, Roya Marsh recalls her early life and the attendant...
© LitHub
Back to top