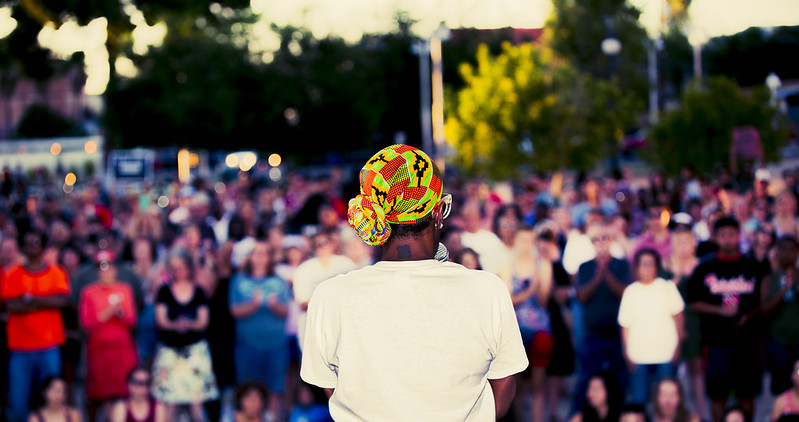 Many may feel that using the term “Black bodies” is dehumanizing. But I use “body” rather than “person” for more than one reason. First, it emphasizes the fact that we are racialized as Black because of the characteristics of our bodies. Second, the term stresses that the violence done to us is often done to our bodies. Our bodies, but not necessarily our personhood, therefore, are sites of racial violence.

There is a long history of emphasizing the politics of the body within social justice and critical scholarship. But to challenge Cartesian thought, which splits bodily experiences from the intellectual domain, I also seek to honor the knowledge we gather from our body, or what I refer to as “embodied data.” Finally, and this is a point that American Jamaican poet and playwright Claudia Rankine makes: our bodies arouse fantasies in the white mind that rob us of our personhood. It is the image of Blackness that is seen, and that image of Blackness is not that of a sibling; it is not that of a child or a friend. It is a Black body that needs restraining, containing, or neutralizing.

Rankine says, “When white men are shooting Black people, some of it is malice and some an out-of-control image of Blackness in their minds. Darren Wilson told the jury that he shot Michael Brown because he looked like a demon. And I do not disbelieve it. Blackness in the white imagination has nothing to do with Black people.” Rankine refers to the grotesque killing that took place on August 9th, 2014, in Ferguson, Missouri. Brown was just eighteen when he was killed by Officer Wilson, who was twenty-eight.

The story starts with Brown and his friend Dorian Johnson leaving a convenience store and ends with him being shot 12 times. The final shot was in the head. Facts remain contested, and, of course, Brown took his side of the story to the grave. At the crime scene, Brown’s body was left to lie on the street for four and a half hours. In court, Wilson described Brown as though he were a monster, an out-of-control wild animal full of rage, aggressive, hostile, “crazy,” and threatening his life. He described him as a “demon” making a “grunting… aggravated sound.” Wilson was found not guilty, and the rest is now history.

Black Skin, White Masks was the first book to examine the psychology of racism and the internalization of whiteness. It also revealed the impact of white projections on the Black body. Racial hatred has long been thought of as a form of protection against these aspects of the self, others, or the world that white people find intolerable. Projection is a defense mechanism that occurs when usually unpalatable parts of the self are disowned and attributed to others. Projection may be used to defend against one’s sexual urges. To defend against one’s immorality or sense of depravity. Or to defend against the fear of the unknown. More broadly speaking, to protect oneself against uncertainty, powerlessness, and the fear of death, some of the most primal anxieties.

Projection is therefore a way of cleansing the self by ridding it of those aspects that clash with its sense of goodness. Let’s translate this into racial dynamics. In a society where often overvalued, so-called rationality is used as the only or superior way to know and access truth, the emotional and more embodied self will naturally be difficult to tolerate. The Black body therefore serves as a convenient repository of irrationality and bodily impulses. Similarly, if aggression and sexual impulses clash with white puritan or Christian constructions of innocence, chastity, and bodily mastery, then, of course, the Black body will become the carrier of sexual depravity, aggression, and impulsivity in the white imagination.

Colonialism: The Ongoing Weight of the Past

Our starting point to contextualize the treatment of the Black body is Western colonialism. Today it informs our Othering in white spaces, an experience that arguably unites all Black bodies on earth. As a political and socioeconomic endeavor, colonialism encompassed the exploitation and control of large areas of the world. With that came replacing colonized countries’ political sovereignty with some foreign metropolitan authority or administration. Colonialism involved taking over natural resources, lands, and bodies deemed commodities. It compromised both the colonized and the colonizer’s humanity.

The former ceased to exist as persons as they were stripped of everything that made them human, and the latter embodied atrocious violence and the power to possess, dispossess, and exercise brutal control. By acquiring partial or complete control over foreign regions and/or by occupying them with settlers, colonialism was the ultimate intrusive violence, the ultimate breach of boundaries. It was rape in every sense of the word, and the boundaries breached went well beyond the geographical.

Racial hatred has long been thought of as a form of protection against these aspects of the self, others, or the world that white people find intolerable.

One of the ways colonialism came to be self-sustained was through the mind of the colonized. The colonizing of minds was carried out primarily by imposing racialized hierarchies topped by whiteness. This transformed the colonized sense of self and the world and led to the internalization of racist myths and constructions such as the inferiority of Black and brown people. The psychological warfare waged by colonialism on Black minds also included the erasure of indigenous cultures and belief systems, which created both internal and external disturbances.

The long-term impact of colonialism continues to attract much attention and controversy, although there is really nothing controversial in stating that long-lasting systems of organizing every aspect of the world, including power relations, would leave some residues behind. Most of the past five hundred years have been spent with white people convinced of the intellectual inferiority of Black people, policing the Black body, ascribing it to designated territories and subservient roles, and ensuring that it did not move beyond its station. Where did all this stuff go?

There are various ways to think about the ongoing impact of the machinery of modern colonialism and how it continues to shape our existence. Postcolonialism, neocolonialism, and coloniality offer a few helpful frameworks. Postcolonialism is first and foremost the academic study of the legacy of colonialism and imperialism. Neocolonialism, a branch of postcolonial interest, deals with the way new forms of domination and subordination arose after colonized nations became “independent.” It focuses on the contemporary strategies former colonial powers use to keep exploiting these countries by making them dependent, subjugated, and indebted.

Finally, “coloniality” refers to the long-standing patterns of relations that emerged because of colonialism and continue to define our culture, power relations, intersubjective exchanges, and knowledge production. Each of these areas attract their fair bit of criticism, much of it defensive and misconceived and beyond the scope of this chapter.

One enduring line of criticism is linguistic. Some people have argued that the prefixes “neo” and “post” create the illusion of discontinuity and ending. We could argue that this puts an arbitrary boundary between the present and the past. There is indeed a tendency to distance ourselves from the unpalatable by relaying it to that mythical space we call “the past,” a form of dissociation that helps “us” avoid revisiting colonial atrocities and contemporary complicity. Still, relations of domination and subjugation manifest in various spaces and need to be contextualized. In many ways, as many have suggested, they are neither accidental nor incidental. Rather, they reflect the continuation of colonialism and the reproduction of the past into the present. 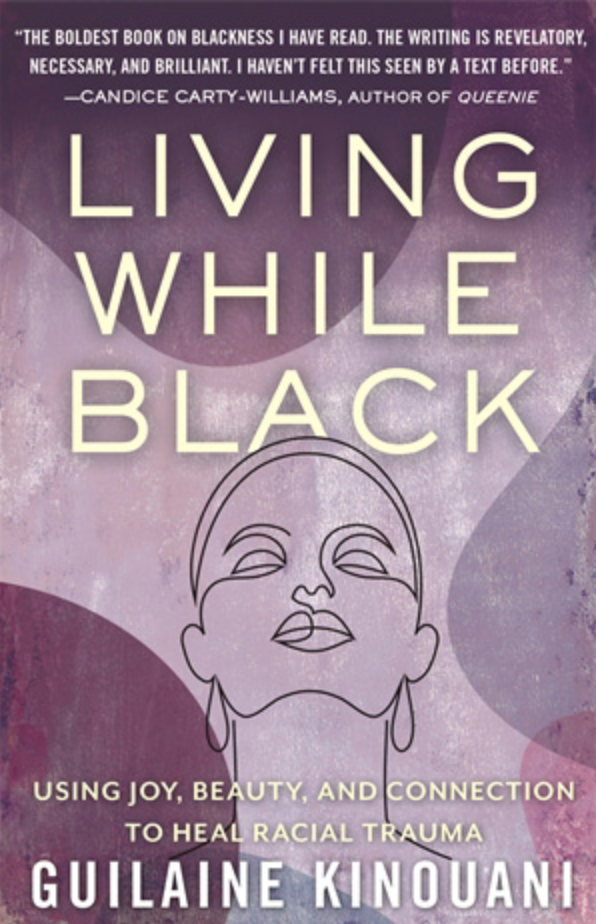 Guilaine Kinouani is a UK-based French radical and critical psychologist of Congolese descent. She is a feminist, a therapist, and an equality consultant, as well as the founder, leader, and award-nominated writer for RaceReflections.co.uk. Kinouani is a senior psychologist and an adjunct professor of Black and Africana studies at Syracuse University, London. Kinouani heads Race Reflections and its academy, providing workshops on anti-racism, racial trauma, and self-care. She tweets as @KGuilaine.

Anjanette Delgado, Yaddyra Peralta, and Mia Leonin on the Literature of Uprootedness 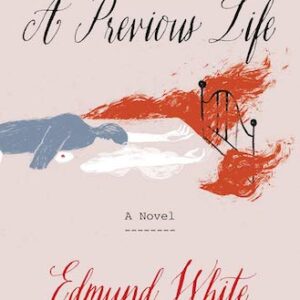 Six months had gone by and the day was fast approaching when they’d agreed to read their memoirs in alternating chapters...
© LitHub
Back to top
Loading Comments...