Humanity’s Fate in 2022: Have We All Become Frogs Being Slowly Boiled Alive in the Pot of Technological “Progress”?

Jenny Kleeman in Conversation with Andrew Keen on Keen On

In this episode, Andrew is joined by Jenny Kleeman, author of Sex Robots and Vegan Meat: Adventures at the Frontier of Birth, Food, Sex, and Death.

Jenny Kleeman is a journalist and documentary filmmaker who travels the world finding eye-catching, thought-provoking stories, and compelling characters. Her articles appear regularly in the Guardian and also in the Sunday Times (London), The Times of London, The New Statesman, and VICE. She has reported for BBC One’s Panorama and HBO’s VICE News Tonight. She won the One World Media Television Award for her work on Unreported World and was nominated for the Amnesty International Gaby Rado Award. She lives in England.

How Liz Truss, The Russian Invasion of Ukraine, and Joe Biden's Economic Policies Have All Contributed to the Decline, and Perhaps Even Death, of Neo-Liberalism in 2022 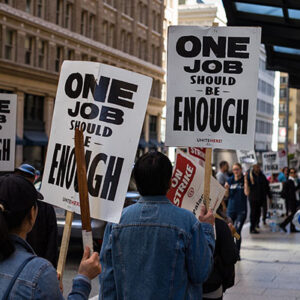