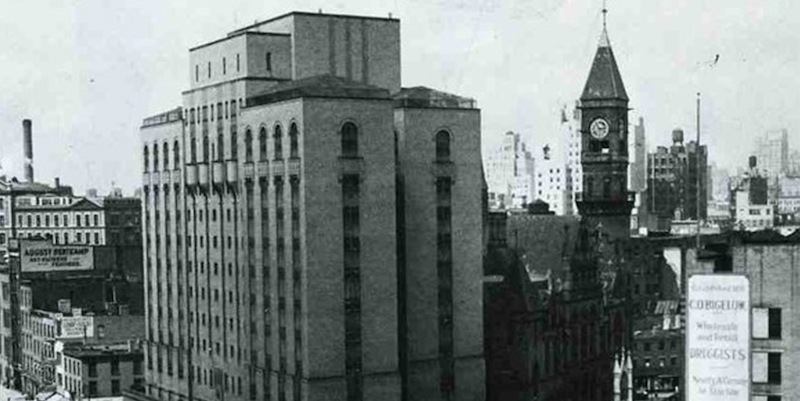 Hugh Ryan on the Urgency of Prison Abolition

“Let’s tear down these monstrous warehouses of human misery.”

On the first night of the Stonewall Uprising in June, 1969, there were actually two riots.

In the Women’s House of Detention—the prison that hulked just 500 feet down Christopher Street from the bar—incarcerated people heard what was happening outside, and flocked to their small, barred windows. Chanting, “Gay rights, gay rights!” they set fire to their meagre belongings and tossed them at the crowds below—tiny missiles of freedom, like falling stars, blessing the resistance.

In the aftermath of that night, older activists called a community summit in Greenwich Village to channel the Uprising’s new, rebellious energy into action. At the meeting, young people who had been present at Stonewall wanted to protest in support of Afeni Shakur and Joan Bird, the queer Black Panther leaders who were at that moment incarcerated in the House of D, along with hundreds of other queer women and trans-masculine people. The meeting organizers were horrified at the thought.

Those younger activists had cut their teeth on the Civil Rights movement, second-wave feminism, the Yippies, the hippies, the flag- and bra-burning of the 1960s, and their vision of freedom was profoundly intersectional (in our modern vernacular). As they stormed out of the community meeting, they claimed a new name, inspired by Vietnamese anti-colonial Communist organizing, and announced their intention to protest the prison in the coming weeks.

Thus, the Gay Liberation Front was born: one foot in the bar, the other in the prison; one mostly white and male and cis, the other largely Black and female and gender-expansive. You probably know something of the first half of that story. If you’ve never heard the second part, ask yourself why: Whose interests does it serve to tell half our story, to cut off half our root, to stand on one leg and hope it is strong enough to hold us?

Furthermore, how is it possible that 40 percent of people in women’s prisons (and 40 percent of children in youth detention for girls) identify somewhere under the broad LBTQ umbrella, yet are rarely acknowledged in most mainstream conversations about LGBTQ life? Or that 1 in 6 trans people has been to prison (and that’s 1 in 2 for Black trans people in America)? In fact, according to the Prison Policy Initiative, queer people “are overrepresented at every stage of criminal justice system … they are arrested, incarcerated, and subjected to community supervision at significantly higher rates than straight and cisgender people … And while incarcerated, LGBTQ individuals are subject to particularly inhumane conditions and treatment.”

Let’s tear down these monstrous warehouses of human misery and spend that money taking care of people instead.

That’s true today, and it has been true for decades. In writing my recent book about the House of D, I saw generations of queer people who had been devalued, discarded, and destroyed by the very government that was supposed to care for them. When Ruth E. Collins, Superintendent of the Women’s House of Detention, wrote in a 1941 annual report that most incarcerated women “would not have been in the hands of the law enforcing agencies, were [they] not, first of all, physically or mentally ill,” she could easily have been writing about 1841, or 2021. Everyone seemed to know what was wrong, no one seemed willing or able to change it, and every year, the system gorged itself on more human lives.

Reeling with knowledge, I cast about for someone to make sense of what I was seeing, and of course she was already there, in the House of D: Angela Davis, who spent several months in the House of D in late 1970. Through her autobiography, I began to see prisons as they actually were and are: places in which to cage the people we refuse to care for and catch-basins for every other broken system, from housing, to health care, to education, to our frayed social safety net. Her writing introduced me to the modern abolition movement, where organizer-authors like Mariame Kaba, Andrea Ritchie, and Ruth Wilson Gilmore transformed my political imagination.

Many people end up in prison because, in some fundamental sense, they had no one to care for them, or if they did, those people lacked the resources to turn that care into action: they were poor, they had no family, they were sick or addicted or profoundly hurt, they had been battered by racism, capitalism, misogyny, and homo/transphobia. To the government, they weren’t people to help, they were problems to solve as well as potential threats to those in power: white people, rich people, corporations, men.

How often had I felt that way—like something lesser, something wrong, something no one would ever care for? “It’s the lonely life,” a relative told me when I came out to her in the mid-1990s. In some ways, she wasn’t wrong. My family didn’t reject me, but if they had, what would I, at 16, have done? At 44, I have already buried so many friends taken by AIDS, or suicide, or drugs, or medical conditions that were never properly diagnosed because, Jesus, who can afford a doctor in America? Now, as I get older without children, who will take care of me?

A need for care connects so many other parts of the broad queer agenda. What is access to medically safe, socially supported gender transition services? Care. What does the AIDS crisis show our government’s lack of? Care. What do queer immigrants, refugees, and asylum seekers need? Care. Care. Care.

Because queerness is not a vertical identity—it is not often shared between parents and children—so long as our society sees care as something that should mainly come from the nuclear family, there will always be queer people in need of care. So many kinds of care are expected to come from the family: tuition assistance, childcare, elder housing, emergency rental assistance, advice, emotional support, the list is endless. But as Andrew Solomon wrote in his fascinating book, Far from the Tree, “Vertical identities are usually respected … horizontal ones are often treated as flaws.” All too often, the state assumes we should be protected by our families; all too often, queer people need to be protected from our families.

People in need of care end up in the foster system, on the streets, in shelters, in emergency rooms, in asylums, and all too often, in prison. Thus our government pays dearly for every person it refuses to care for, but first, it does its best to let them die. The dead are less expensive, and they can’t fight back.

But we still can.

Let’s tear down these monstrous warehouses of human misery and spend that money taking care of people instead. Let’s acknowledge that our modern movement is rooted in abolition. Let us look up: Remember the prison down the street from the bar. Remember the cis women and trans men who risked everything to fight for our liberation. See them in the stars. Let their fiery missiles alight inside us a burning desire for liberation for all queer people.

Hugh Ryan is a writer and curator, and most recently, the author of The Women's House of Detention: A Queer History of a Forgotten Prison, which New York Magazine called one of the best books of 2022. His first book, When Brooklyn Was Queer, won a 2020 New York City Book Award, was a New York Times Editors' Choice in 2019, and was a finalist for the Randy Shilts and Lambda Literary Awards. He was honored with the 2020 Allan Berube Prize from the American Historical Association.

“Without,” a Poem by John Freeman 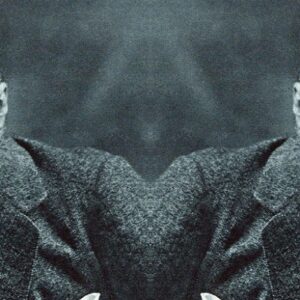