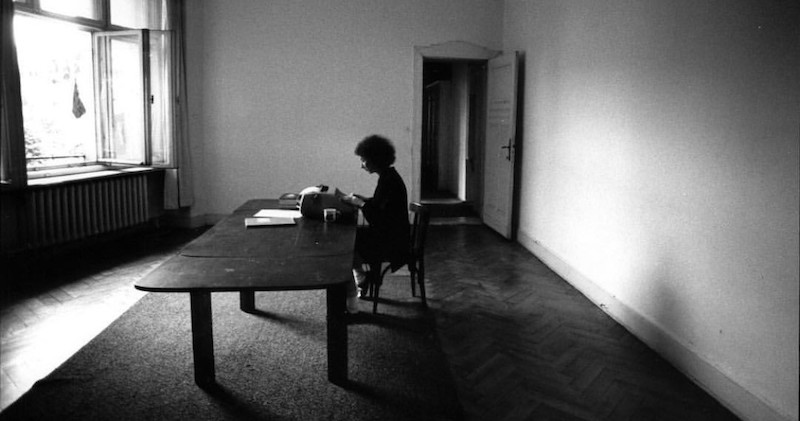 On the Joy and Struggle of Creation

Those who know me personally often express alarm at the disconnect between my ominous writing and my sunny disposition. Some readers have wondered if the trials suffered by my characters mirror the trials of my youth, but the truth of my childhood is more complicated than that.

It started in my closet, in the darkness. There was a filth, an invisible filth that only I could see. I couldn’t touch the clothes there, on the bad side of the closet. I pretended I didn’t like them. If I was instructed to wear them, I would grab the glittery glass wand my mother gave me and mutter incantations over the cloth until it felt clean enough to put on my bare skin.

I wrote stories, endless stories on lined notebook paper of magical objects, of spells that broke open dark doors, of little girls with the bravery to undo evil villains.

Next were the light switches. If I didn’t have perfect thoughts when I turned out the light, something terrible would happen during the night. My unlucky number was two. I couldn’t do anything twice—I had to repeat it at least once more to reach the comfortable number of three. Of course, perfect thoughts are difficult, and I often spent time in my room turning the light on and off, on and off, until I could marshal my brain into thinking the happiest, cleanest thoughts possible at the very moment the lights went out.

I wrote stories of children shadowed by evil, desperately searching for a magic weapon to vanquish it.

Heat, I learned, is clean, can burn away infections and infestations, and I was a child who was often ill. I held my hands under the hot water at home until they were flaming red and covered in welts. If I felt particularly filthy, I would remain in a hot shower until my skin was scarlet, exit still wet, and stand in the middle of the bathroom, smoldering like a damp fire. The steam rose up, pure and white, towards the ceiling as I closed my eyes and breathed in.

I wrote stories of cabalistic priestesses who controlled flames with a shift of their fingers.

By age 15, I was certain I was crazy. I imagined two huge black dogs that flanked me wherever I went. They terrified me, but they also guided me; they filled me with arcane knowledge and ritual and inspired me to write. Writing loosened the shackles of my brain, allowed me freedom. It let me take control of my own story. I always wrote a version of myself as the protagonist—perhaps prettier, perhaps magical, perhaps older—but it was always me, and in my narratives, I did fantastical and awful things.

I wrote short stories. I wrote plays. I wrote poems. I wrote five novels in two years. Words circled through my head at night and clotted my brain during the day. A teacher who read one of my stories laughed uncertainly and called me “Stephanie King.” I put my head down and filled notebook after notebook with endless dark sentences. The big black dogs sat patiently, intent, quiet—writing was a peaceful time for us.

I decided to never tell a living soul what went on in my head. I’d read The Bell Jar; I knew they would take me away, give me insulin shots, shock me with electricity until my neurons burned and frayed. But my mother was not blind. I ran around the house in a fury, slamming windows shut in midsummer. I screamed and rage with no provocation. I refused to go outside.

Eventually, she took me to see a psychiatrist. I lied and lied and failed my personality test for lying, which I didn’t realize was possible. My mother told the truth and I denied it hotly. The psychiatrist then told me I have a known disorder, something other people have, and I was so surprised that I went quiet. For years, I had inhabited my own personal, private level of hell. Were there others here with me, unseen, struggling blindly, with half-loved, half-feared black dogs of their own?

The psychiatrist prescribed Prozac. I refused—I was afraid I would stop writing, stop imagining, that I would become an automaton.

Imagine your life without this, the psychiatrist said, and my mouth fell open. What would my life be without this? Swathes of unfilled time unrolled before me. I could go outside to the woods. I could turn off the light just once. I could sleep.

I held the pill, clapped my hand to my mouth, and swallowed convulsively. I felt it slide down my throat. Next to me, the dogs whined and twisted.

I didn’t write another novel for two decades.

15 years later, I began studying child mental health, working with children who had experienced unthinkable trauma. I helped them to verbalize their stories, to translate their suffering into a narrative form. I know the importance of doing so. The stories of others helped me realize, over the years, that I am not alone. I heard this first from my psychiatrist, then from college confessions, from a friend’s husband, from searing memoirs. While my own tale is unique, I was bolstered by the knowledge that others went through similar childhoods.

I vowed to write a novel, after years of failed half-attempts at prose. The resolution felt like returning home, to a place for which I had been yearning. The aching emptiness within me began to fade. The pressure of words in my blood, the lovely surge of narrative in my brain felt the way it did when when I was a young. And yet the experience was markedly different. I was no longer rewriting my own struggles as a means of escape; I was crafting fictional accounts with the weight of my maturity and knowledge behind them. I wasn’t the protagonist any more. I was completely removed from my tale, even as my voice and words gave my characters life and being. This wasn’t about giving myself freedom from an intolerable world; it was about the joy and struggle of creation and story.

I no longer had heady, lazy stretches of free time before me. I was working and in graduate school, and often all I could do is write one sentence before other obligations called me away. Sometimes I stole minutes or hours, when I was supposed to be in bed, writing a paper, or getting ready for a day of work. In my head, the dogs whimpered for attention. I filled the corners of academic handouts with scribbled lines which I then stuffed into my pockets until they could be transferred to my computer at home. At work, I ran into the bathroom to type out phrases on my phone. This time, they waited patiently by my side, their jet muzzles nestled against my hands. This time, I had a drawer full of pills and a lifetime full of strategies to keep them tame, even while my mind stretched and flowered into dark territories I had not explored since my youth.

Jennie Melamed’s novel, Gather the Daughters, is out now.

Jennie Melamed is a psychiatric nurse practitioner who specializes in working with traumatized children. During her doctoral work at the University of Washington, she investigated anthropological, biological, and cultural aspects of child sexual abuse. Jennie lives in Seattle with her husband and their two dogs. 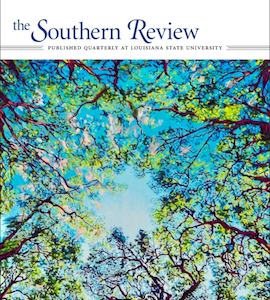 The fat man and his wife came into Checkered Flag Auto just as I was locking up. He wore shorts and orthopedic shoes and a yellow...
© LitHub
Back to top