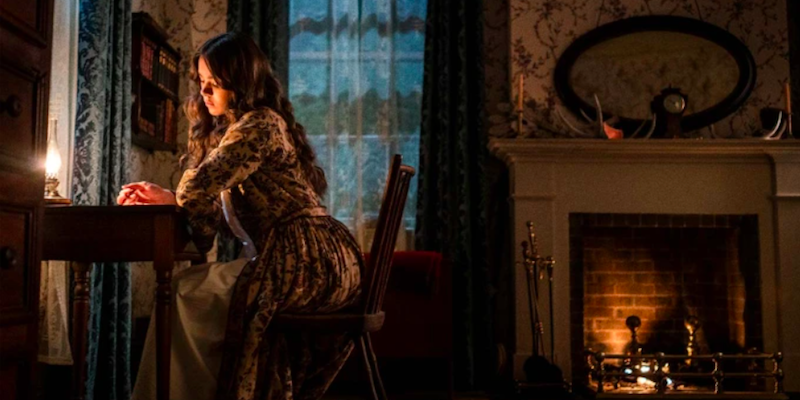 “In an environment that felt unstructured and constantly in flux serialization allowed me to be flexible.”

In my favorite episode of the now defunct, deeply pleasurable, and totally bisexual television series Dickinson, it’s Christmas and Louisa May Alcott comes to dinner. Played by Zosia Mamet, Alcott has just made $35 from her first book, and she will not stop talking about money. She invites Emily on a run before dinner to give her some no-bullshit advice about publishing: write what sells, so “you’ll be out there making a living on your own.” When Emily tells Alcott she’s a poet, Alcott’s swift reply is, “Ah. That’s another problem.”

At the heart of that episode is the question of how a woman with no access to inheritance, property, or work might support herself. Emily must marry or live as a spinster with her parents, and eventually at the discretion of her brother, who will inherit everything. Or, like Alcott, she must write books that sell.

One kind of novel that could sell, at the time, was the serialized novel. The serialization of novels may have begun as early as 1698, according to journalist Jocelyn McClurg. After the Stamp Act of 1712, English newspapers began printing whole novels in serialization to save money; if they printed more pages, they could call themselves pamphlets and pay fewer taxes. In early 19th century France, the newspaper Le Siècle began commissioning serials, which they called romans feuilletons, from famous writers like Honoré Balzac and George Sand.

In graduate school, I fell in love with the idea of serialization. I love drama and suspense, and I especially like narrative tricks for building the momentum: to keep me writing as a novelist and keep readers, well, reading.

By the time Charles Dickens wrote The Pickwick Papers, published from 1936 to 1937 in 19 monthly installments, English readers had a taste for serialized novels. Not only were they more affordable—a shilling for an installment—than buying a whole novel, which most readers couldn’t swing, they gave writers more flexibility in publishing, and they upped the suspense for readers.

Since these early serializations, plenty more have followed from novelists as varied as Harriet Beecher Stowe, Edith Wharton, Tom Wolfe, and Amistead Maupin. In 1996, New York News Day published Streets of Fire by Soledad Santiago about a Puerto Rican single mom who is also a police officer. A phone line for readers to catch up on the plot got 100 calls a week.

In graduate school, I fell in love with the idea of serialization. I love drama and suspense, and I especially like narrative tricks for building the momentum: to keep me writing as a novelist and keep readers, well, reading. My second novel Panpocalypse follows in this strange and rich tradition. When I began writing the book, it was April of 2020 and I was living in deep New York City pandemic lockdown, separated from most of my friends. I lost my-then girlfriend to New Jersey and the co-morbidities which made it dangerous for us to be together. The only people I was able to touch were my kid, my ex-husband, and his girlfriend.

Before the bike shortages of that summer kicked in, I bought a bike and decided to re-learn how to ride in the streets of lower Manhattan, now deserted apart from morgue tents. I also wanted to ride to Brooklyn to see my friends. Soon after I started my rides—wobbly ones, due to a rare neurological disorder, which affects my balance among other things—I started to chronicle my travels in a loose autofictional form.

As the installments, illustrated by Neeti Banerji, came out online, I wanted them to serve as documentation of my life and the lives of the people I came across in the city during that desperate, difficult time.

On a whim, I wrote to the Feminist Press to pitch a serial novel about a disabled, single, queer woman, Orpheus, who gets a bike during pandemic lockdown New York City and rides through the city looking for her lost love, Eurydice. This was a way to force myself to finish a second novel after many stops and starts, some of them consisting of more than 100 pages of writing. The serialization would allow me to accurately capture the strange mood of the moment while also giving me the balance of deadlines and flexibility that I needed to produce a book.

The Feminist Press agreed to publish the first half of the novel as a weekly serial on their website, followed by a printing of the whole book. By that point, it was summer: I had about 50 pages of the book and citizens of New York and around the country had taken to the streets to protest Derek Chauvin’s murder of George Floyd. Like many protesters, I brought my bike to demonstrations to use as a blockade against the police. It was a strange time of massive political upheaval and change alongside hundreds of thousands of COVID deaths. In an environment that felt unstructured and constantly in flux, defined by unrest, serialization allowed me to be flexible, allowing me to write and publish as I was witnessing—but not yet fully digesting—an unprecedented series of events.

As the installments, illustrated by Neeti Banerji, came out online, I wanted them to serve as documentation of my life and the lives of the people I came across in the city during that desperate, difficult time. I wanted to give something free to the community: Here’s a free novel! Take it! It doesn’t even cost a shilling!

In a running gag throughout that same episode of Dickinson, everyone is binge-reading Bleak House (nee The Pickwick Papers?) and waiting for the next installment to come out. When Emily’s sister Lavinia opens all of the presents under the Christmas tree, she says, “I got the next chapter of Bleak House.”

Unlike the spoiler alerts that pepper that hilarious, poignant episode—in which Emily Dickinson realizes she will be a woman who can write what she wants, but who will always be kept by her father—I haven’t given anything away.

Though I’m not a kept woman, I have tried to write in the ways that I’ve wanted—centering queer, disabled, and at times fragmented voices and narratives. I’d like to think I learned a bit of that from Emily Dickinson, and the serialized form of the novel. 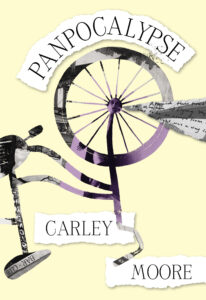 Panpocalypse by Carley Moore is forthcoming from Feminist Press.

Carley Moore is an essayist, novelist, and poet. 16 Pills, her debut collection of essays was published by Tinderbox Edition in 2018. Her debut novel, The Not Wives, is forthcoming from the Feminist Press in the fall of 2019. In 2017, she published her first poetry chapbook, Portal Poem (Dancing Girl Press) and in 2012, she published a young adult novel, The Stalker Chronicles (Farrar, Straus, and Giroux). Recent essays, interviews, and poems have appeared in Aster(ix), The American Poetry Review, The Brooklyn Rail, The L.A. Review of Books, LitHub, and VIDA: Women in Literary Arts. Her work has been nominated for two Pushcarts Prizes and a LAMBDA award. She teaches at NYU and Bard College.
https://www.carleymoore.com/ 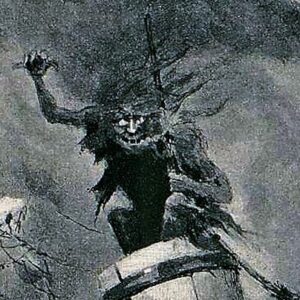 My wife and I live in Brooklyn; our daughter, our son-in-law, and our twin grandchildren (a boy and a girl) in Los Angeles....
© LitHub
Back to top
Loading Comments...