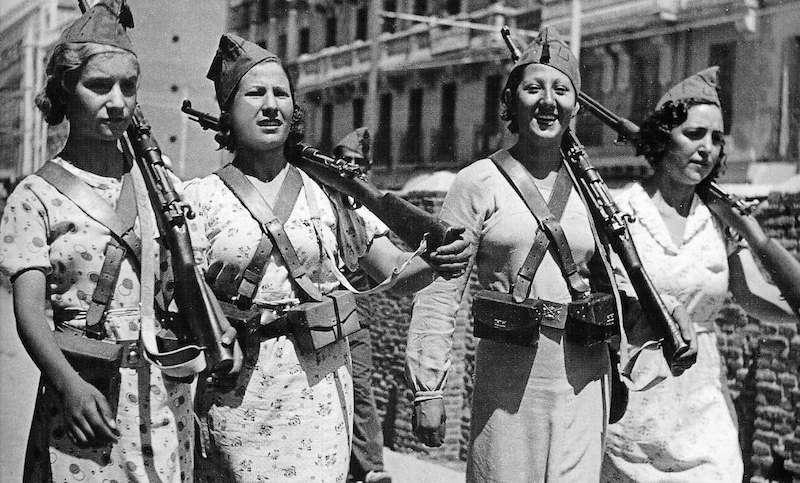 How We Talk About Women’s Lives

New Ways of Storytelling, From Maggie Nelson to Lily Hoang to Claudia Rankine

Hillary Rodham Clinton’s life is a case study in the limits imposed on even the smartest, most driven of women. Arkansans had never seen a First Lady like her, and she quickly learned to get rid of her glasses, use some hairspray, pluck her eyebrows, and take her husband’s last name (she had kept her own until then). Today, the most experienced Presidential candidate, man or woman, has lost to a philandering, pussy-grabbing, name-calling, interrupting, disability-mocking former pageant owner.

But perhaps Hillary Clinton’s life narrative is the true embodiment of Miss USA: the most qualified woman is forced to compromise her goals, change her name, and smile prettier—and she still gets called a Nasty Woman.

I wrote this essay a month ago, as the tapes of Donald Trump’s comments about grabbing women were being revealed, as women were coming forward with sexual assault lawsuits. Back when it seemed impossible that he would be President of the United States of America. All of which is to say: this essay about how we talk about women’s lives reveals only a fraction of the fury I feel today.

Growing up I had a boy’s life. Or least that’s how I think of it now. I played co-ed soccer and basketball. I was the first one picked for gym teams. I could throw a perfect spiral, and I kicked home runs in cul-de-sac kickball. In college I was goalie and MVP of a nationally ranked Division I soccer team. But a year after I graduated from college, I got married, and a year after that I got pregnant. My life as a woman had begun.

When we were 24 and newly married, one of my friends came to my apartment in tears because her husband said he wasn’t ready to start a family yet. (Over the years many of my girlfriends have cried, fearing they would never find a husband, never have a baby. They are all married with multiple children now.) When my friend had calmed down I couldn’t help but say, “I can’t even relate to that feeling of wanting a baby.” I didn’t yet know that I was pregnant.

As an English major at a Jesuit university, I’d read Chaucer, Milton, Shakespeare, and Dickens. As a new wife and mother, I read Kate Chopin’s The Awakening. I was shaken by it, but I was also relieved to find evidence that another woman, even a fictional one, might feel unsatisfied by the domestic life my friends cried about on my couch.

Nonetheless, I started graduate school when my daughter was three, and though my life was Pampered Chef parties and lonely trips to the Children’s Museum, I assured anyone who asked that I wanted to write “like a man.” I didn’t and don’t know what I meant by it, but I was surrounded by male classmates and profs, and I was the only mother of a young child in the program. I was steeped in the mindset I’d learned in my boyhood that “football and sports are ‘important.’” (I hadn’t yet read A Room of One’s Own.) I was steeped in the mindset Claire Vaye Watkins ponders in “On Pandering”: “I am trying to understand a phenomenon that happens in my head, and maybe in yours too, whereby the white supremacist patriarchy determines what I write.”

No matter how much I wanted to write like Kafka or Nabokov or my professors, I began to write the life I lived: mermaid-themed birthdays at Chuck E. Cheese pizzeria, baby showers for Chinese adoptions, and market research studies of home air quality.

Fast-forward to today, and it’s all I want to read and all I want to write: books about the inner lives of women, books that challenge prevailing beliefs. Those stories I wrote in grad school formed the foundation of my story collection, For Sale By Owner, and my second book, Liliane’s Balcony, imagines the life of Liliane Kaufmann, who lived and died at Frank Lloyd Wright’s Fallingwater but who rarely appears in its histories. The subject of my new book, Božena Němcová, was not only a mother of four children, she was, according to Milan Kundera, “The Mother of Czech Prose.” She was said to be able to hold a child in one arm and write with the other. This sort of mythology is both ridiculous and harmful, and my goal is to refute it.

Let us turn instead to Maggie Nelson in The Argonauts: “But here’s the catch: I cannot hold my baby at the same time as I write.”

Recently I attended a literary panel discussion in which Aleksandar Hemon said, “narrative is an underrated epistemology.” By which he meant that complex, literary stories are a way of knowing, that they are an antidote to politics and what passes as journalism, which yields no new knowledge, which only reinforces one-dimensional perspectives. This is why we understand so much about the male experience: we have read about it in all its varieties and complexities. In Hemon’s view, we can turn toward narratives by women, immigrants, and people of color for a new epistemology, a new way of knowing, a new set of experiences to explore and affirm. Happily, such narratives are everywhere right now, and I’m reading them compulsively.

To read these books is like sitting in on a series of consciousness-raising meetings by today’s most intelligent minds and elegant communicators. They are stories of pregnancies and miscarriages, marriages and divorces, abuse and revenge, trauma and healing, politics and culture, art and theory. Perhaps it is no coincidence many of these women were conceived (literally) in an era of consciousness-raising, coming of age in tandem with feminist theory.

To be born a girl in the 1950s and years before was to enter a world where folks still believed that the most important event of a young woman’s coming of age was marriage. Those of us who were not fantasizing about a white wedding and the man of our dreams knew we were freaks. We knew better than to speak our longings.

To be born a girl in the 60s or 70s was to enter a changing world, but we still had to learn “to speak our longings.” In Writing a Woman’s Life, Carolyn Heilbrun points to 1970 as the year new biographies of women began to appear, thus telling “new stories.” Today’s women writers grew up with these stories and are continuing the feminist project of protesting, in Nancy Miller’s words, “the available fictions of female becoming.” These books stage such a protest, offering new ways of knowing and becoming.

In A Bestiary, Lily Hoang imagines “Other Lily,” who becomes a doctor, wife, and mother, fulfilling the expectation of her Vietnamese parents. Meanwhile, the real Lily becomes something quite different: a writer, professor, and divorcee.

In her tribal memoir Bad Indians, Deborah Miranda reminds us that stories about Mission Indians are one-dimensional and have been written by colonizers. Her book is an offering of narratives, an unearthing of long-buried stories of her and her ancestors (especially the women).

Claudia Rankine’s Citizen offers a chorus of voices, a slippery you/I, that is a consciousness-raising conversation of black voices (she collected stories from people she knew), a cultural critique, a crying out.

These books take great risks. Maggie Nelson in The Argonauts: “Most writers I know nurse persistent fantasies about the horrible things—or the horrible thing—that will happen to them if and when they express themselves as they desire.”

Carolyn Heilbrun and Nancy Miller speak of the risks, in the sixties and seventies, for academic women pursuing the feminist project (placing value on texts not viewed as intrinsically valuable), or, in Heilbrun’s case, the worse offense of novel writing. What horrible thing would happen? Would they be denied tenure? Lose their jobs and credibility? Even today, as a tenured professor in an institution that values creative writing (if only for its popularity among students), I read the memoirs by fellow writers in academia such as Maggie Nelson, Heidi Julavits, Lily Hoang—memoirs about sex and love and insecurities and abuse—and marvel that they are brave enough to write such personal nonfiction, to speak their longings.

Aleksandar Hemon said that in his native Bosnia, there is no translation for the terms “fiction’ and “nonfiction’—only “stories.’ But the English language and American culture love binaries and categories. As a fiction writer, I enjoy both the limitless possibilities of plot and the protective shield of the made up. Writing is always risky, but as I turn toward reading and writing nonfiction, the stakes feel higher.

“There are four ways to write a woman’s life,” says Heilbrun: the woman writes it herself, someone else writes about her, she writes it but calls it fiction, or she writes it in advance of living it without even knowing she’s doing it. As I wrote The Bitter Life of Božena Němcová, I realized that my version of Němcová’s life was intertwined with the changes happening in my life at the time. I began to compose postcards to her—a fellow mother and writer who had been dead for 150 years—about my travels, my grandparents’ deaths, my failing marriage. By the time I finished the book, I was divorced and in a new relationship. I had written my life in advance of living it, and so it came to be.

Reading these books by today’s women writers, I have wondered whether we are having a “memoir moment.” Likewise, Claire Vaye Watkins concludes “On Pandering” with a note about the recent spate of “memoirs by badass women” such as Carrie Brownstein, Kim Gordon, and Amy Poehler. She questions this trend: “Was the trend indicative of a new wave of feminism?” The writer Elissa Schappell responds to her: “‘You keep using that word,’ she said. ‘Trend. It’s not a trend. We are here now. We’re not going anywhere. We are here now.’”

We ARE here now. We have inherited a rich feminism, and we are continuing its work. We are telling our stories, offering new ways of knowing and becoming. We will become President.

May it be said that we knew better than to speak our longings, but we spoke them anyway.

Kelcey Parker Ervick is the author of The Bitter Life of Božena Němcová (Rose Metal Press), a hybrid work of biography, memoir, and art. Her previous books include Liliane’s Balcony (Rose Metal Press), winner of silver awards for the Independent Publishers, Foreword, and Eric Hoffer Book Awards. Her story collection, For Sale By Owner (Kore Press), won the 2011 Next Generation Indie Book Award in Short Fiction and was a finalist for the 2012 Best Books of Indiana in Fiction. She directs the creative writing program at Indiana University South Bend. 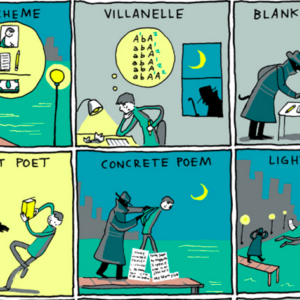