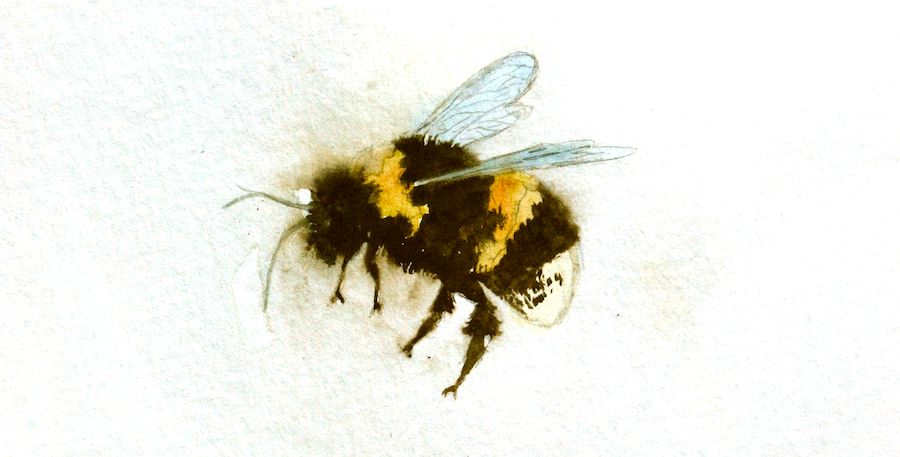 A Professional Beekeeper Shares Some Ideas for Preventing the Insect Apocalypse

Elementary school usually held my attention until about April, when I’d start getting fidgety. The new flowers were beckoning outside the classroom window, their showy petals unfurling to the sun. The nectar flow was starting, which meant honey season was not far behind.

Grandpa had more than one hundred beehives tucked into the remote canyons of Big Sur, and I anxiously awaited summer so I could join him in his bee yards. I longed to be in the Outdoor School of Grandpa, where I was learning how to find the queen, to remove honeycomb without getting stung, and to bottle honey inside a rusting World War II Army bus that he’d converted into his backyard honey house.

I got an adrenaline rush riding shotgun in Grandpa’s battered work truck, winding along the Central California Coast on Highway 1, then into the mountains up narrow dirt roads accessible only by four-wheel drive; with switchbacks so tight Grandpa had to do three-point turns to get around them. We brought a chainsaw with us, to hack through trees that fell across the road during storms, and a winch in case we got stuck in the mud.

He put his hives in an impractical location for humans, but an ideal one for honeybees. The land was federally protected open space but Grandpa had been grandfathered in after decades of keeping bees in the area, and because of birthright as a descendant of Big Sur’s first homesteaders. The canyon walls were carpeted in sage and formed a natural windbreak, and free of homeowners with their weed-killers. The wild habitat created a cruise ship buffet for the bees—all they had to do was wake with the morning sun, fly to the ridgeline and feast on flowers, then sink lower and lower as their bodies filled with nectar, until they plopped back down on their hive in gluttonous bliss.

It never crossed our minds that his honeybees might not be waiting for us when we arrived. Every time we hiked to his apiaries, we could sense the bees before we saw them—an electrical charge in the air created by tens of thousands of contented bees humming as if in hymn.

This was the 70s, before life became hard for honeybees. Before beekeepers worldwide began approaching their hives with trepidation, worried that the bees might have disappeared. Fifty years ago, there was no such thing as Colony Collapse Disorder. Pests such as the Varroa destructor, a mite that attaches itself to the bee, sucks its body fluid and passes viruses, had not yet become a menace. No one was talking about climate change, and we hadn’t invented the pesticides and herbicides that are now widely used by large-scale industrial farms. There were millions more acres of open space, more wildflower meadows, and more bugs hitting our windshield.

When one-third of all the food grown on the planet is pollinated by bees, we can’t keep losing that many of them if we want to keep eating. When I really start to freak out about this, I imagine a Tank Girl-esque dystopia where watermelon, almonds and coffee don’t exist, there’s no milk or meat in the dairy case because bees are needed to pollinate hay and alfalfa, and everything on the grocery shelves is beige. We’d be eating a lot of oatmeal and rice.

This isn’t hyperbole. Already there are places in China where the bee population has plummeted so far that people are getting paid by the hour to pollinate fruit trees with tiny paintbrushes.

And it’s not just honeybees. Worldwide, an unprecedented 40 percent of insect species are threatened with extinction, according to a 2019 meta-study in the journal, Biological Conservation, prompting the New York Times to declare an “Insect Apocalypse.”

Given all this, it seems like it would feel pointless, or at least heartbreaking, to be a beekeeper. But here’s the astounding thing about insects: They can reproduce at an alarming rate—a honeybee queen can lay more than 1,000 eggs a day. Honeybees could bounce back if we would just give them the proper nutrition and healthy space to do it. I have great faith in the resiliency of nature, and in human will to learn from our mistakes and turn things around.

You don’t have to become a beekeeper to help the bees. There are easy things you can do at home:

1. Plant native wildflowers. Habitat loss is one of the biggest threats to honeybees and other pollinators that rely on a diverse mix of nectar and pollen. We’ve unwittingly created a food desert that needs to be restored to edible forage by planting flowers along roadsides, in the medians, in public gardens, on balconies and living rooftops, porches, windowsills, and as borders around mono-crops. Contact a local gardening club, or the Xerces Society, or search for apps such as BeeSmart that provide planting guides by zip code, to find out which pollinator plants will grow in your area. Also consider giving out wildflower seed balls as party gifts, wedding gifts, or to neighbors.

2. Build an insect hotel. Create a pollinator living space by drilling holes in logs, stacking hollow reeds and pinecones, so that solitary bees, ladybugs, and other insects can move in. There are pre-built bug hotels online, or blueprints to build your own.

3. Switch from using chemical pesticides and weed killers such as Roundup, to natural methods such as neem oil and diatomaceous earth. Plant natural fertilizers such as clover and alfalfa that provide nutritious flowers for bees and also fix nitrogen into the soil. Chemicals destroy the neurological systems of insects so they can’t navigate home, and reduce their already scarce food sources by removing blossoms from the landscape. Many “weeds” are flowering plants that bees need for survival, so try to make peace with, and space for, them. Bees forage in a five-mile radius of their hive, so posting a sign that your yard is pollinator friendly can encourage neighbors to follow suit.

You don’t have to become a beekeeper to help the bees.

4. Become a citizen scientist. Much of the latest research on insect decline has come from volunteers counting pollinators in their gardens, or driving with bug nets attached to their cars and counting what they catch. Contact university entomology departments, or organizations such as the Great Sunflower Project (greatsunflower.org) to join a study.

5. If a honeybee swarm lands on your property, call a beekeeper, not an exterminator. There’s a valuable queen in the middle of that cluster of live bees, so beekeepers will jockey for the chance to capture the swarm for free. An exterminator will kill the bees and charge you for it. Local beekeeping associations keep lists of swarm catchers.

6. Allow a beekeeper to place a hive in your yard, in exchange for a little honey. This is also a smart way to apprentice before deciding to get bees.

7. Get political. A global movement against industrial farm pesticides is gaining momentum as scientists zero in on a particular set of five nicotine-based, synthetic seed sprays for flowering crops called “neonicotinoids” thought responsible for ravaging the central nervous systems of pollinators. The European Union has banned three neonicotinoids and in 2018 France became the first country to ban all five. Find out where your government stands on the issue and write to your representatives to tell them what you think.

When I over-worry about the future, I remember how Grandpa and I liked to watch the bees return for the evening, and we’d play a game trying to guess which flowers they’d visited by the color of the pollen balls they carried on their back legs. Orange was California poppy, gray came from lavender, and beige was the almond tree. Once a forager returned with something I’d never seen before, glossy red droplets on her legs that looked like cough syrup.

“Propolis,” Grandpa explained, a sticky plant resin bees use to seal cracks in their hive.

Researchers have since discovered that propolis also serves as a natural antibiotic and disinfectant, killing bacteria and mold in the hive. Individual bees gather tiny droplets and working together, they painstakingly shellac the entire inside of the hive with it.

Those little buggers were even smarter than I had realized. They had devised their own form of social medicine; a way each bee could do one small thing to inoculate the whole.

We could save ourselves if only we embraced their hive mind.

Meredith May is an award-winning journalist and fifth-generation beekeeper. Her new memoir, The Honey Bus (Park Row Books April 2019) reveals the life lessons she learned in her grandfather’s Big Sur bee yard that rescued her from a difficult childhood. She lives in San Francisco, where she rows on the Bay and cares for several beehives in a community garden. thehoneybus.com

From Northland to Underland, What We Risk Losing

What Should We Send Into Space as a New Record of Humanity? 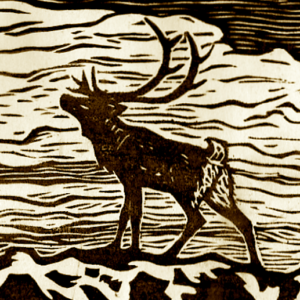 From Northland to Underland, What We Risk Losing

An epoch doesn’t change with the turning of a calendar page. We can’t distinguish one zeitgeist from the next until decades...
© LitHub
Back to top