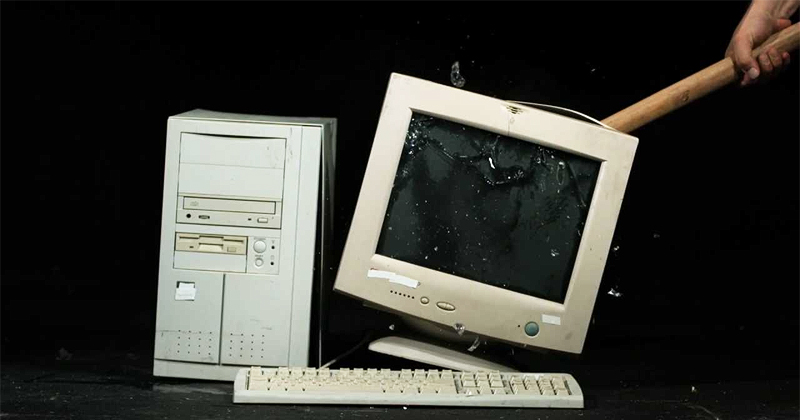 Or, How to Worry Endlessly About it Instead

You should probably write something about your book, now that it’s being published. But you are worried because you don’t have anything left to say about your book. The problem with writing is you haven’t really done it in two and half years, since you finished the book, which emptied you out. The space you entered to write the book now feels used-up and potentially noxious, a place of dormant chemicals you’re forbidden to revisit. You picture Pripyat’s hastily-abandoned rooms, its dry swimming pool, rust and grime.

Something like loneliness comes over you, a feeling you recognize and have felt before, something you recognize as productive and motivating. Perfect, you think: you can use this feeling for your writing because you are expected to write more now that your book is out. It should be good writing; the better it is, the more it will help the book. You take a very long shower and bite your fingernails but your thoughts are so broad and vague and involuted you forget all the specifics. You aren’t sure what’s there anymore, and whatever productive loneliness you felt for a moment has gone. As though it decided it didn’t want to see you, after all.

You put off writing the essay.

You read a few books. You try writing about your book again. In your essay, you’ve started writing in the second person, which you know is bad. It’s a mistake! What are you doing? You’re aware of your mistake, but because you’ve started on the corner of the scab, you go ahead and do it anyway.

You think maybe you’ll never write another book, or if you do it’ll be because you’re so old nothing bothers you anymore. It’s a nice thought because right now you worry about everything, more than you could ever squeeze into an internet essay to support your novel.

You think about all the things that’ve happened to you that you won’t write about because you want to keep them for yourself.

One book you read is Gerald Murnane’s novel The Plains. You watch 12 minutes of raw footage of the streets of Pyongyang and try to figure out what it means. You read an interview with Murnane in which he says, “Writing is, to put the matter plainly, a relief. I can go for weeks or months without writing, but during many periods of my life I’ve written as if my very life depended on it.” And then he says this:

The writing itself is painful, because images and feelings belong in the invisible world and have to be translated into words, which are part of the visible world. The writing itself is painful, but a worse pain comes from not writing. When I first conceive a work of fiction, I try to put off the writing of it because of the pain involved. But then the pain of knowing that the feelings and the imagery will never be expressed in words—then that pain becomes unbearable. And then I relieve the pain by writing.

You like this quote, especially because Murnane’s book that you’ve just read, The Plains, is basically plotless, characterless, and dialogueless. You like Murnane’s quote because you could feel the work behind the words in The Plains, despite the fact that barely anything happens in the book and reading it was relaxing to the point of being anesthetized. When you were reading it, you knew the writer’s work was there, but it was to create the opposite effect for the reader. You like the idea of recommending a book to someone just because of the way it made you feel.

But still you aren’t any further along in writing about your own book. By now, you’re caught in the mental spiderweb of how your internet essay could ever support your book, there seems to be a goddamn canyon between your internet essay and your book, and you know you’re in trouble because you’ve smashed two metaphors back-to-back to try to express a single thought. You look up the difference between pessimism and cynicism, but can find use for neither.

Your book is not even yours anymore, it hasn’t been yours since you emptied yourself out two and a half years ago; it took the last bit from you, and it hasn’t been yours since. You had it for 15 months when you excused yourself from your normal life and, in a fugue of concentration, spilled the first draft. That 15-month period of productive loneliness now leaves you in minutes, in the time it takes you to clean the cat’s litter box. Another website asks you to write about inspiration. What inspires you? Your teeth look yellower in the mirror. You contort your little write-up so it includes the Murnane quote.

You are not normally a procrastinator. You are used to doing things quickly, because otherwise you’ll forget to do them at all. It’s something you worry about. But doing your work quickly is one way you make yourself feel better about your forgetfulness. Once it’s done, you are allowed to forget about it.

You have to write 1,200 words! Minimum! How will you ever reach the minimum threshold? You play this game on your phone called Ballz.

You remember four years ago, when you were first working on the book, and, in a way, you can sort of remember the frustration and anger that carried you through the first draft before you showed it to anyone. You’ve heard from a few readers recently that they can sense the frustration and anger in your book, but those feelings are a part of the book and the book is not yours anymore. Trying to remember your former feeling is like trying to remember what you learned in high school precalculus.

One night, very late during the string of time worrying about your internet essay, you remember when you first moved to New York and didn’t know anyone because graduate school hadn’t started yet. You didn’t know where anything was so you walked around the East Village and found the East River, and you were carrying around a big Russian novel thinking you’d find a bench to sit and read. But you didn’t and instead you went back to your empty apartment and watched Observe and Report on your computer. You didn’t know anyone. How you felt then was how you felt when you were writing the book. That is, alone. It was pleasant and terrible. You’d only written one attempt at a book at that point. It was bad and you knew it was bad, but you were also dumb and 22, don’t kid yourself that you knew anything.

Then there’s one about the Fourth of July where your cousin climbed on top of your uncle’s house when no one was looking. She wouldn’t come down. Everyone was afraid she was going to jump off. You were afraid your cousin was going to die if she jumped. But when you got older and went back to the house you saw that it wasn’t that high up. She would’ve been hurt, but probably wouldn’t have died unless she intentionally landed head-first. And then you think about it again and remember everyone wasn’t actually afraid. You remember, years later, the grown-ups were less afraid and were more annoyed. They were playing hearts in the backyard, and your cousin interrupted their game when she said, “What if I jumped?” And when they eventually got her down you were afraid to speak to her. You avoided her for a long time after that. You probably would’ve forgotten the whole event if it weren’t for how badly you wanted to avoid her after they brought her down. You almost forgot this, but you didn’t. What you felt kept it from disappearing.

You forget so easily, but you remember this.

What were you trying to say to begin with? How you can’t extract the life inside your book and deposit it in another container? How it’s your memory’s fault? How your first-draft loneliness has periodically shown itself to you throughout your life, but never when you ask for it?

In reality, the story about your cousin and the roof isn’t true. You made it up. You created a story that seemed like it had some obscure resonance or meaning, you made it up because who wants to read an essay without closure? Without a step, however slight, in a positive direction? If a few people made it all the way to the end, past your lie, and all you ended with was the truth, how many copies of your book would that sell?

Gabe Habash is the fiction reviews editor for Publishers Weekly. He holds an MFA from New York University and lives in New York. Stephen Florida is his first novel. 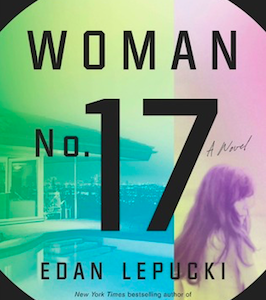 I was different with Seth. As soon as I found out I was pregnant with him, I drove to Planned Parenthood on Vermont in my...
© LitHub
Back to top