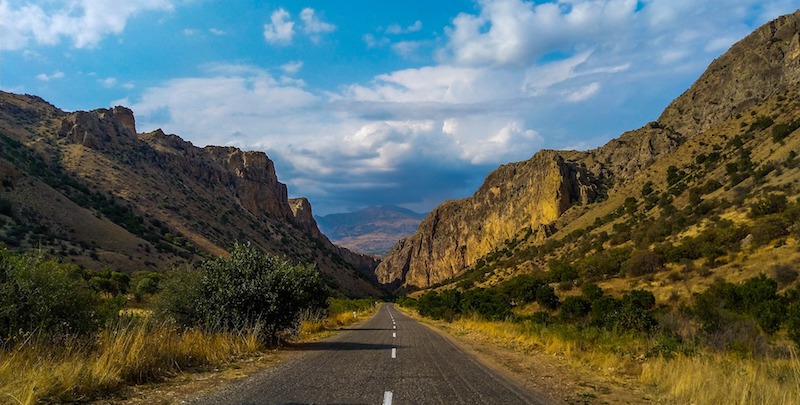 How to Translate a Journey Without a Destination

At the start of the pandemic, I found myself in the enviable position of translating Atlantis: A Journey in Search of Beauty, a round-the-world travelogue co-authored by the Italian architect Renzo Piano and his son Carlo, a journalist. My world had shrunk to the size of my apartment, or, on many days, my screen, yet every day that I sat down at my desk, I could be sure that, thanks to this book, something new would sail across it. A new setting, a new memory, a new subject kicked around by father and son, newly relevant reflections on public spaces by someone who has spent a lifetime redefining them. I felt lucky and grateful, as if I was being propped up and fed light, like a giant peony, or one of the airy buildings built by Renzo.

There are at least three books inside Atlantis. The first: a conversation between father and son, an intimate, extended, sometimes pull-no-punches interview conducted by Carlo on the occasion of Renzo’s 80th birthday. The second: a memoir about the making of some of the most iconic buildings of the 20th and 21st century, full of humanizing anecdotes, like the story of a fox that took up residence in London’s Shard. The last is a meditation on the future of cities, the relationship between civic responsibility and surface beauty, and the architect’s craft.

I have been asked on a few occasions now how I went about translating a book with two authors, what I did to capture two voices instead of one. I don’t have a conscious method for going about it, and ultimately, I don’t know if I did. But the premise of the question troubles me. After all, a poem written by a single poet does not always have one speaker, nor is a story by one writer always confined to one point of view. And what would capturing two voices mean for a translator, anyway? That the translator should alter their voice twice, giving each author a different accent? Brooklyn or Cooperstown? The prospect is attractive but the risks are great: willfulness, inadvertent humor, deliberate departures from the original.

Besides, the differences of style between Carlo and Renzo lie not in their verbal tics but in their habits of mind. Carlo is a sophisticated storyteller and provides Atlantis with its narrative scaffolding, the do-this-do-that stuff of storytelling. Carlo is every bit the reporter, grounded in fact, whereas Renzo floats aphorisms and metaphors. For instance, Renzo says he is guided by a bussola cieca. Literally: a blind compass. Figuratively: an inner voice. Figuratively in the context of Atlantis, which alludes to a gyroscope stowed away in the ship’s hull: an inner compass.

Likewise, the Morgan Library is buried treasure, the New York Times building a transparent bunker, and the Jean-Marie Tjibaou Cultural Center a row of huts. Renzo’s redevelopment projects in the suburbs are described as an act of mending. And architecture itself is an iceberg:

Only the tip is visible. The rest sits below the surface. The forces that remain hidden—society, history, geography, the environment, music, science, movies, math, art, ecology, and anthropology—sustain architecture. It is kept afloat by these other disciplines and reflects them all.

Icebergs, inner compasses—many of the metaphors are familiar, but familiarity, not novelty, suits the book’s purpose. Atlantis is more interested in clarification than in flights of fancy. And Renzo is not scared of borrowing ideas—as long as they’re paid back, he explains, with interest.

The narrow confines of the original text expand, your list of solutions grows, until finally you are wading through open space, the righter word just beyond reach.

Translating, too, involves hunting up analogies. The translator provides the reader with something analogous to the original, not the original itself. When that analogy works, it clarifies the original. When it doesn’t work, it obscures the original. In either case, what is created is a new thing, which is arguably the business of all language, not capturing but altering the actual, forcing a reader to see things the way speaker, writer, or, yes, translator, sees things, metaphors and translation being just two of the more obvious instances of literary alchemy. Of course, it is not always the search for analogous meaning but for analogous tones and styles. When you are lucky or working well, you find an equivalent that achieves both. When you are not, the choice that prevails (meaning versus style and tone) may say more about you than the author of the original.

“I developed a good habit,” writes Renzo, in one of the book’s many insights into the architect’s practice, “of making ugly sketches, like writers who jot down quick, clumsy notes so as not to fall in love with them. A sketch should not be gloated over. All it should do is remind you of its contents.” Sometimes the translator has to make ugly sketches too, in the interest of time, with a deadline looming and other jobs to attend to. The translator may do well to make the rough draft rough, to treat the page as a repository for the original contents, there merely to remind the translator of the meaning of the original, so the translator avoids becoming wedded to a first draft.

In many ways Atlantis is a book about restlessness, the restlessness of travelers and seekers, creative restlessness. As he revisits his buildings, Renzo keeps finding fault with them: the lack of light at the Kansai International Airport, the grayish color of the ceramic rods on the New York Times building, things he’d do slightly differently given the chance. I find the same is true of translation. I am always questioning myself: Maybe this would be a more appropriate word. Maybe I should have reordered (or let stand) that sentence. Is this how we say that? Does this way madness lie, rearranging—or deranging, as Elizabeth Bishop said of Robert Lowell’s endless revisions—one’s work? The process of translating is likewise endless—and enlarging. The narrow confines of the original text expand, your list of solutions grows, until finally you are wading through open space, the righter word just beyond reach. 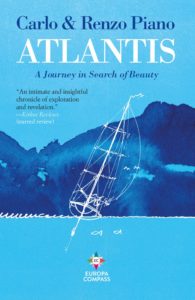 Atlantis: A Journey in Search of Beauty by Carlo Piano and Renzo Piano, translated by Will Schutt, is available now via Europa Editions.

Will Schutt is a poet and translator. His translations for Europa Editions include Andrea Marcolongo’s The Ingenious Language, Fabio Genovesi’s The Breaking of a Wave, and Atlantis: A Journey in Search of Beauty by Renzo and Carlo Piano. 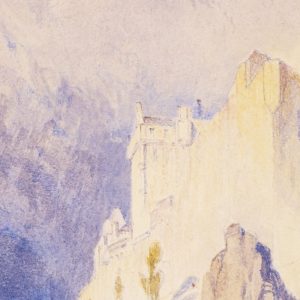