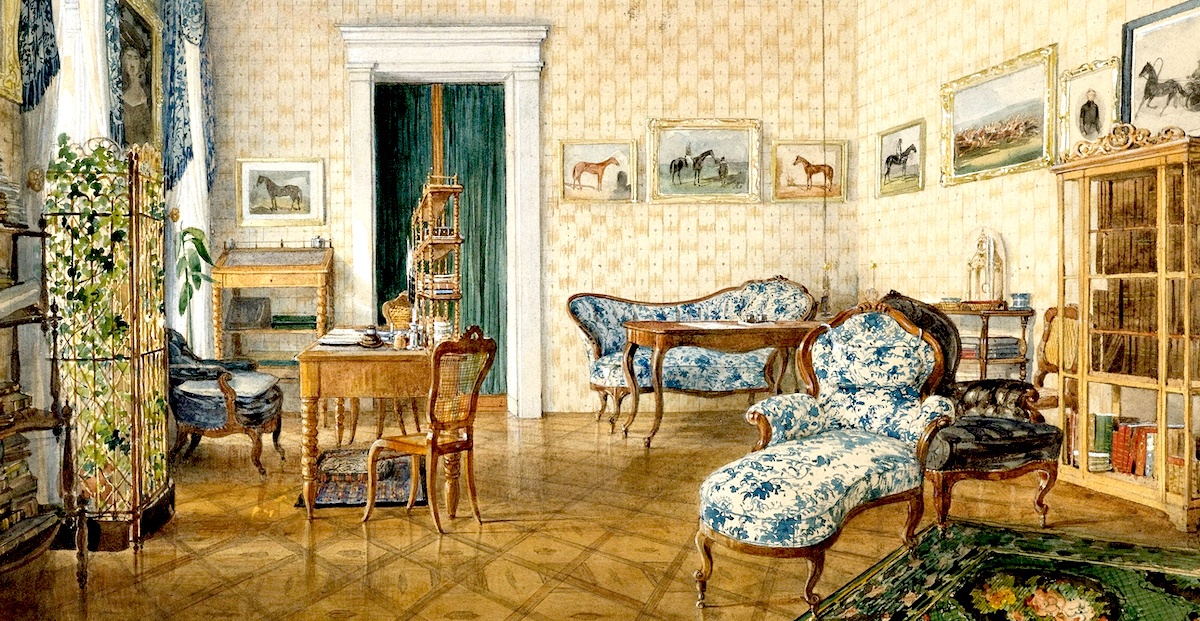 How to Spend 42 Days Stuck
in Your Room

Will Schwalbe on Xavier de Maistre's 1790 Study of Isolation

A Journey Around My Room was written in 1790 by a young French officer named Xavier de Maistre, who had found himself in some trouble over a duel (illegal) and was sentenced to house arrest. (I read it in a translation by Andrew Brown). In the centuries before ankle-monitoring bracelets and the like, the authorities relied on the honor of young noblemen to fulfill their sentences after they had misbehaved. De Maistre, then 27, was a man of honor and did, indeed, stay inside his Turin room for the full 42 days the court had ordered. With nothing else to do, he wrote a guidebook to his room, visiting over the course of those weeks various bits of furniture, paintings, his bookshelf, letters he’d kept, and his own memory of a charming and slightly rakish life—albeit one studded with war and loss as well.

De Maistre makes a case for traveling around his room as the truest kind of travel—and also the most democratic type of travel that has or will ever exist:

The pleasure you find in traveling around your room is safe from the restless jealousy of men; it is independent of the fickleness of fortune. After all, is there any person so unhappy, so abandoned, that he doesn’t have a little den into which he can withdraw and hide away from everyone? Nothing more elaborate is needed for the journey.

His journey costs him nothing. He exclaims that this kind of travel will be “lauded and feted” by those who have modest amounts of wealth, but will be even more popular among the rich. He tells the reader why he thinks this is so: precisely because it doesn’t cost anything. The rich are rich because they like to save money. He also points out that room travel is a great way for the sick to journey, just as it is for those who are scared of robbers, precipices, and quagmires.

Like all good travel writers, de Maistre begins his book by giving us the lay of the land and the route he intends to take:

My room is situated on the 45th degree of latitude, according to the measurement of Father Beccaria; it stretches from east to west; it forms a long rectangle, 36 paces in circumference, if you hug the wall. My journey will, however, measure much more than this, as I will be crossing it frequently lengthwise, or else diagonally, without any rule or method. I will even follow a zigzag path, and I will trace out every possible geometrical trajectory if need be. I don’t like people who have their itineraries and ideas so clearly sorted out that they say, “Today I’ll make three visits, I’ll write four letters, and I’ll finish that book I started.” My soul is so open to every kind of idea, taste and sentiment; it so avidly receives everything that presents itself! . . . And why would it turn down the pleasures that are scattered along life’s difficult path?

De Maistre is a charming storyteller, and he also employs a small cast of characters to break the boredom—his manservant and his dog appear from time to time. And he has theories, lots of theories, including an odd riff on Plato: While Plato theorized that we are all comprised of our self and another, de Maistre believes we contain a soul and a beast, and that the two often work at cross-purposes.

The pleasure you find in traveling around your room is safe from the restless jealousy of men; it is independent of the fickleness of fortune.

At the same time, de Maistre is nothing if not indolent. Sometimes he can barely be bothered to leave one piece of furniture for another. Sometimes he travels around the room by sitting in an armchair, leaning back so that the front legs come a few inches off the floor, and then shimmying side to side so that the chair creeps forward. He’s like a bored six-year-old.

But just when you think the book is nothing but a charming divertissement (such as when he urges his readers to decorate their beds with calming pink and white linens), or a parody of the great travel books of his age—works written by soldiers who had returned from years in Egypt, for example—there comes a surprise.

There’s a chapter about a friend of his, a fellow soldier, who died not in battle but of illness in our author’s arms in their winter quarters. He misses the friendship dreadfully, and one of the most moving passages in the book is the trip he makes across his room to his desk in order to visit his old friend’s letters.

Another surprise comes when our traveler ponders people with more luxurious digs. It seems at first like other flip and offhand sections of the book. But then comes this passage:

And why would I bother to consider those who are in a more agreeable situation, when the world is swarming with people who are more unhappy than me? Instead of transporting myself in my imagination into that superb casin [villa], where so many beauties are eclipsed by young Eugénie, if I wish to consider myself happy, I need only pause awhile on the roads that lead there. A heap of unfortunate folk, lying half naked under the porches of those sumptuous apartments, seem on the point of expiring from cold and misery. What a sight! I wish this page of my book could be known throughout the world; I would like it to be known that, in this city—where everything breathes opulence—during the coldest winter nights, a host of wretches sleep out in the open, with only a boundary stone or the threshold of some palace on which to lay their heads.

Here you see a group of children huddling close together so as not to die of the cold. There it’s a woman, shivering and voiceless to complain. The passers-by come and go, quite untouched by a sight to which they are used.

Just as many travel writers before and after have done, de Maistre brought light to the injustices he witnessed, though in this case they were literally on his doorstep. His point: you don’t have to travel the world to see the ways we mistreat one another; it’s as close as the street outside our windows.

But when he wants to be awakened to what is going on in the world far from his window, and learn more about the human condition, there is another destination in his room that he can visit—his bookshelf, which is filled mostly with novels and a few books of poetry. These take him out of his room while allowing him to stay in it, and expand his experiences a thousandfold. He writes, “As if my own troubles weren’t enough, I also voluntarily share those of a thousand imaginary characters, and I feel them as vividly as my own.” 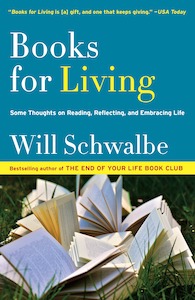 From Books For Living, by Will Schwalbe. Copyright (c) 2016 by Will Schwalbe. Reprinted by permission of Vintage Books, an imprint of the Knopf Doubleday Publishing Group, a division of Penguin Random House LLC.

WILL SCHWALBE has worked in publishing; digital media, as the founder and CEO of Cookstr.com; and as a journalist, writing for various publications, including The New York Times and the South China Morning Post. He is the author of the New York Times best seller The End of Your Life Book Club and coauthor, with David Shipley, of Send: Why People Email So Badly and How to Do It Better. Learn more at www.willschwalbe.com. 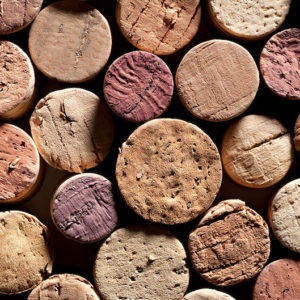 Twenty-one years old, the youngest sommelier in the country and the most foolish. Today my career will end, I thought. It...
© LitHub
Back to top
Loading Comments...