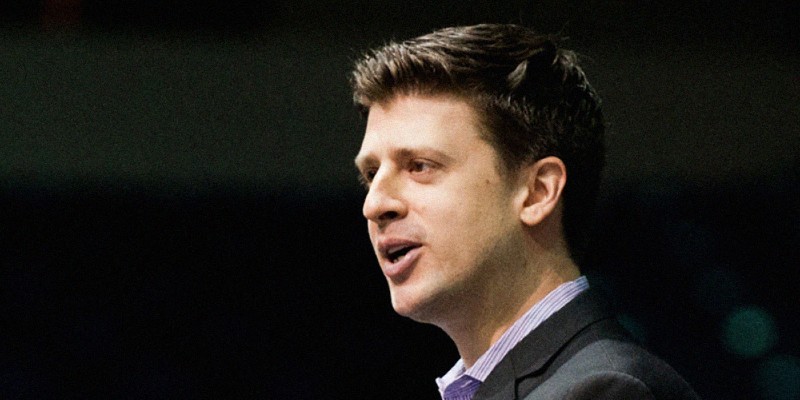 Why is putting out the fire more fascinating than preventing the fire? And why do we think we don’t have the money to prevent something, even if the lack of prevention creates a cost? Or worse, cost lives or quality of lives? We seem to be addicted to response, recovery and rescue. All that can change to our collective good, and in dramatic ways. In Upstream: The Quest to Solve Problems Before They Happen, bestselling author Dan Heath provides the road maps, the rationale, and dozens of incredible real examples of how thinking upstream can change anything and everything.

This week on Just the Right Book, Heath sits down with Roxanne Coady to discuss what inspired the book, how to mobilize people to make changes in their lives, and the tensions of upstream work.

Roxanne Coady: In reading the stories in the book, there were a couple that reminded me that even wildly complicated, seemingly insurmountable problems can get solved by this [upstream] thinking. One of the most inspiring was the instance of homelessness in Rockford, Illinois. It’s obvious that there was a problem. People are seeing the problem every day. Talk about what they did in Rockford to think upstream. Because I think that example has the sort of tentpoles that help us understand how we can apply this.

Dan Heath: Yes, absolutely right. I think this is one of the most diagnostic stories in the book. And this story goes back to 2014. The mayor of Rockford, which, by the way, Rockford, is the second biggest city in Illinois behind Chicago. The mayor was Larry Morrissey. He was in his ninth year, and when he first took over as mayor he had this ten-year plan to end homelessness and he said he’d gotten nowhere. If anything, he might have lost a little bit of ground after nine years. And so his colleagues come to him. They’re excited about this new approach to homelessness. It’s built around an organization called Built for Zero that’s trying to get cities to eliminate the problem of homelessness. And they come to the mayor and say, hey, we’re excited to be part of this, and he admits he was a bit cynical. He’s just seen nine years of zero progress. But reluctantly, he agrees to sign on to this new campaign, to try some new things. Within nine months, Rockford had become the first city in the US to eliminate veteran and chronic homelessness.

Dan Heath: It does. And so the obvious question is, what did they do in nine months that they couldn’t do in nine years? And I would point to three things. The first is there’s a change in strategy, which was to say in the old days, the way people approached homelessness was homeless people have to have a variety of problems and what we’ve got to do is solve all those problems before we get them into housing. So if they got substance abuse problems, we deal with that. If we got mental health problems, we deal with that. If they need job training, we deal with that. And then some day, if they can earn their way back into housing—and what they did in Rockford and in other cities—they would flip that to what they call a housing first model, which is very commonsensical.

That’s to say the presenting problem of someone who is homeless is that they are a person who lacks a home, so why don’t we get them in a home first? All of us have problems, but let’s get them housed first. Let’s get them off the street, make them less vulnerable, and then we can attend to the other issues in their lives. So that was point one.

The second point was they begin for the first time to bring together all of the constituents in the community that had some stake in the problem of homelessness, because keep in mind, in any city there’s going to be a half dozen or a dozen different people who have really important aspects of this problem under their control. You’ve got the social service agencies. You’ve got the homeless shelters. You’ve got the VA. You’ve got the police. You’ve got the health systems. You’ve got the fire department. But none of them actually own the issue of homelessness. They just respond to various aspects of it. So in Rockford, they bring all these people together to do what I call surrounding the problem. That was part two, which was part of part three, which was it changed the nature of what they did when they came together. And what I mean, as in Rockford, they started keeping a real-time census of every homeless person in the community before they would take a tally once a year, which is what the federal government requires. They go around and count heads, even some nights at 3 am in February. And that was the only data they gather for the year. They completely abandoned them. And they said, if we’re gonna do something about this, we have to know every person who’s on the street.

So they’re literally walking the streets, checking out the bridges, checking in with shelters, figuring out who knows what. And they compile all this information in a Google doc, for goodness sakes. I looked over their shoulder when I was in Rockford, and the first line of the Google doc is Larry. And then the second line is Michael. And the third line is Walter. And they’ve got updates on what their situation is. Do they have health problems and where were they last seen? Are they amenable to getting into housing? And so when these groups get together, what they would be talking about is not, quote unquote, the issue of homelessness, which brings out the pontificating instinct in all of us. It was much more granular. It was about, hey, how do we get Walter, who’s living in a tent under the bridge, into his own home within 30 days? And that proved to be the engine that allowed them to make quick progress because it kind of got all the BS out of the room. It meant it was something that everybody cared about to get one of their fellow citizens off the streets. And so person by person, they become this astonishing star among cities nationwide. They become the first city to basically zero out homelessness among veterans and among the chronically homeless. Just an incredible story.

Dan Heath and his brother, Chip, have written four New York Times bestselling books: Made to Stick, Switch, Decisive, and The Power of Moments. Heath is a senior fellow at Duke University’s CASE center, which supports entrepreneurs fighting for social good. He lives in Durham, North Carolina. The Heath brothers’ books have sold more than three million copies worldwide and have been translated into thirty-three languages.

Behind the Mic: On When the World Feels Like a Scary Place by Abigail Gewirtz, Read by Robin Miles 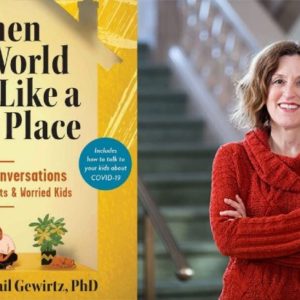 Behind the Mic: On When the World Feels Like a Scary Place by Abigail Gewirtz, Read by Robin Miles