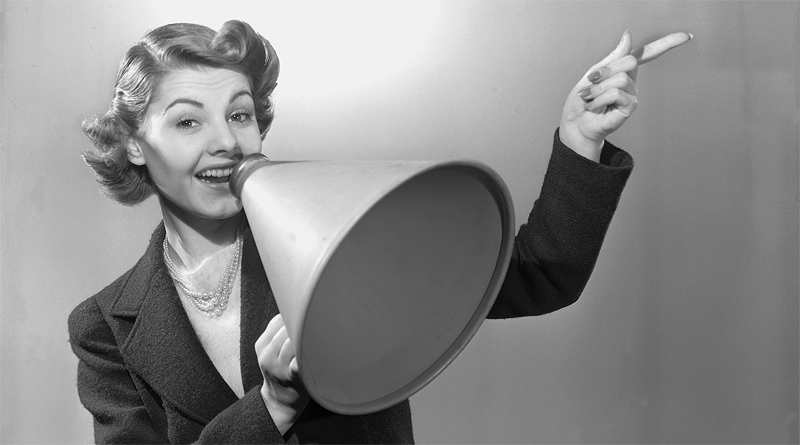 How to Say “I’m a Writer” and Mean It

"First you must believe you’re a writer."

I’m a writer. For years, I couldn’t say it. I wondered when I would. How many publications would it take? What finish line would I cross? And then it happened: at a wine tasting, a place I already didn’t belong, when a petite, dark-haired woman serving wine, asked me what I did.

I shook my head. There was no book. Maybe someday. I told her so. Then, as I walked away, she said it. “Good luck on your little book.”

I hate saying I’m a writer. I hate the way people’s faces light up, as though I’ve told them my secret kink. Oooh, a writer. How one expects them to follow up with la-de-da and a twirl. I hate the responses. “What do you write?” or “I’ve always thought of writing a book myself.” I hate the way my face contorts and my breathing intensifies when someone asks me what my book is about. Grraa, I say in response, or I feel I say, hoping these guttural noises make sense to the listener. They don’t.

I’m bad at talking about my work. I’m worse at speaking my mind. Like many writers, I’m shy. I care too much what people think.

I carry deep shame. I’m ashamed I’m thirty-two and still haven’t finished writing the book I started three years ago. Not because 32 is old but because my goal was to write a book by the time I was 30. I despise failing at my arbitrary goals. I’m ashamed I was too shy to major in journalism in college. That I feared the prospect of conducting interviews so much I majored in literature instead. (I’m not ashamed I don’t have an MFA, although sometimes I wish I had one.)

I don’t think these concerns are unique. I believe they’re ordinary. I hate that I preoccupy myself with such ordinary concerns.

I want to imagine publishing a book will fix all of this. But I’m old enough to know better than to believe in those islands. So instead I’m trying to make friends with this shame. For if nothing else, I’ve found this shame works on the page. It’s the place where all the things I’m too afraid to say in life end up.

It was my first literary conference and I was sitting across from an agent and a book reviewer. I’d never been in a room with an agent before. Other writers sat at the table, eager-eyed and salivating. It was dinnertime. I noticed I was the only one who’d taken the dinner rolls. Everyone else had only vegetables and meat. Two fat rolls sat on my plate, reminders of how hungry I was for all of this.

The agent turned toward me.

“So,” she said casually. “What’s your book about?”

“Well, I guess, having sex, and then traveling and… stuff…”

This is not what my book is about. But this is an actual thing I said. It was all I said. Stuff. It was the first time I told anyone what my book was about, and I’d blown it.

She smiled politely, and then turned toward another writer, who proceeded to sell her book in beautiful detail, highlighting its plot and themes. She was everything I couldn’t be, I thought. A real writer.

You don’t have to say what you’re currently working on. You don’t have to be able to eloquently talk about your work in public. Most of the world probably won’t understand anyway. Do you know how to explain to your Great-Aunt Sally that it’ll most likely take months to hear back about that story you wrote? That when do you hear, it’ll probably be a no? Repeat after me: Aunt Sally, I don’t want to talk about it.

But at some point, more than likely, you’ll get this itch. A certain sentence will turn out right. You’ll think, someone should read this. When that happens, you’re done. You might as well wander out into the frosty night of your small town, shouting I’m a writer at the cows as they stare back, dead-eyed, which is, at last, the one true and perfect response.

I know I’m a writer now. But I didn’t always know it. When I was growing up in a small town, I’d flip to the back of every book I read, searching for the author bio. Harvard, it would say. New York, it would say.

That wasn’t me. I came from a small town of loggers and teachers. I didn’t live in a world where books were made by small people like me. I didn’t know yet I was reading the wrong books—that there were books out there for me.

In the beginning, others led the way. First, it was my fourth grade teacher who saw me staying in from recess to work on short stories. “Little writer,” she called me. Later on it was other teachers, mentors, and friends. I sent my work to writers I admired. My emails started, “Hi ____, I’m a writer…”

I started like this, confessing to strangers via email. I began submitting poems (yikes), and later essays, to literary journals I admired. Each submission is a quiet declaration that you’re a writer. Don’t disregard this.

I’ve found the bolder I am in life the more vulnerable I am on the page. I’m a writer. I say it now. I tell everyone.

Once, I received a very short rejection from a writer who was not then famous but has since become very famous. “There are nice ideas here,” she wrote. “But I wanted something a bit more complex from this.”

I was thrilled! I took the compliment and critique in equal parts. I was becoming a writer.

I’ve found the bolder I am in life the more vulnerable I am on the page. I’m a writer. I say it now. I tell everyone. The woman who called my book small? She was just an asshole. She was small. You can’t control how the world responds to you or your work.

Here’s what I know now, after over ten years of writing, no book, no MFA, and a smattering of publications few people have read: I’m a writer. I was on my way to becoming a writer before I even knew it. Back then I was a secret writer, scribbling notes on receipts as I rode the bus to the teaching job in the small town where I lived. I was heading to a job that would be the focus of my first published essay.

Before I was a writer, I was a reader. I was never ashamed to call myself that. There was so much love there, so much drive to understand how the writers I so admired had crafted narratives that shot through that spot in my heart nothing else could access. I wanted to do that. I still do. I wasn’t a loser. I was a little writer with a little book swirling around in her head.

That was all. I loved stories in a big way. I always have. I let that love carry me forward.

Bethany Marcel is a writer in Portland, Oregon. Her work has been published in Off Assignment, Creative Nonfiction, Post Road, The Nervous Breakdown, and elsewhere. She is currently working on her first book. 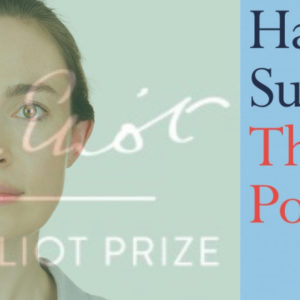 The following is extracted from Hannah Sullivan's debut collection, Three Poems, which was announced the winner of the T. S. Eliot...
© LitHub
Back to top