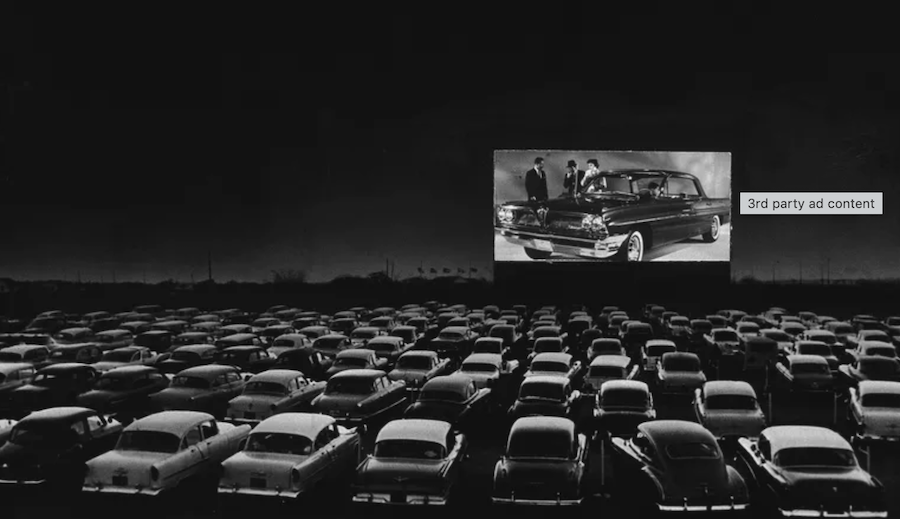 Rachelle Toarmino on Celebrating a Debut During a Pandemic

Last June, I woke up on the publication day of my first book, That Ex, to roses from my fiancé and texts from my friends. I painted my nails hot pink to match my book cover, took a selfie with one of my author copies, and posted it to Twitter and Instagram with the caption, happy pub day say it back. I worked my day job from home, got takeout for dinner, and had a nightcap on the balcony of our apartment in Buffalo, New York. And then it was over—a job well done.

That Ex, a poetry collection about love and heartache, was my debut. At 29, the poems in it had gone through my youth with me: various relationships and breakups, living in different cities and working different jobs, figuring out who I was and wanted to be as a young woman and artist. To me, their appearance together in one material collection marked not only my first shot at poetry—at constructing a self through art—but my entry into adulthood, too.

A debut book is both a milestone and a time capsule—a finish line and a souvenir made from the moments of sensation, thought, and labor leading up to it. And it was labor. I’d spent years writing these poems and submitting various versions of the manuscript to presses—spending God knows how much in submission fees—until finding a home with Big Lucks. I’d agonized over every line break, preposition, and syllable; transformed my living room floor into a sequencing station once every few weeks; gone through the excruciating experience of asking my heroes for blurbs and being turned down for blurbs; and tried my best to coordinate promotional opportunities on a shoestring budget.

I wanted to get it right. I had dreamt about being a writer since my LiveJournal days in high school. That Ex made me one. And the poems in it that had meant so much to me over the years might mean something to other people now, too. A job well done. And then it was Wednesday.

A debut book is both a milestone and a time capsule—a finish line and a souvenir made from the moments of sensation, thought, and labor leading up to it. And it was labor.

I asked a few friends and fellow writers who had already debuted if it was normal to feel like I was still waiting for something. I had stored up all this energy—fear and excitement, mainly—but felt like it hadn’t been properly released. I wanted to celebrate, to welcome this book into the world with the people who helped to make it possible. I wanted to feel like my labor had been witnessed, especially after years of the mostly solitary experiences of writing and editing. And, honestly, I wanted closure. I wanted to bookend the shocks of emotion that sparked so many of these poems with an experience that could mimic that original sensation of release—so that I could begin to move on.

Not to mention, I love parties. In my role at Peach Mag I’ve organized dozens of readings—at bookshops, boutiques, breweries, art galleries, punk houses, warehouses, house parties; in backyards and living rooms, on stages and soapboxes and roofs, for intimate groups of friends and hundreds of strangers. Readings with music sets and comedy acts and drag shows and masquerades and confession booths—you name it. I’d also met many of my closest friends through Peach Mag, editing and publishing them and hyping their work. I came to look forward to their readings and book launches as the biggest events on my calendar—so you can imagine how bummed I was not to have the chance to throw a party with those friends for my own first book.

The pandemic’s limitation on in-person gatherings had long been making it difficult for authors and presses to give their books the welcome parties they deserve. I’ve attended some truly killer virtual alternatives—like Elissa Washuta’s White Magic World Wide Web Tour, complete with dress codes and instructions for each night—and experienced a handful of creative IRL readings—like Noah Falck’s Exclusions Social Distancing Readings, in which he offered porch-side private readings to small groups in Buffalo. Within the constraint of distance, the pandemic has forced many of us to get creative—myself included.

While having a Zoom drink with my fiancé and the poet Leah Clancy, Leah told us about a renaissance for drive-in theaters across the country as homebound moviegoers looked to replace the indoor experience from the safety of their cars. It came together all at once—That Ex: The Drive-In. Given that cars are already enclosed in “plexiglass,” we thought, guests would merely need to show up, park, and turn on their radios to tune into my reading.

I tapped the local nonprofit Penn Dixie Fossil Park and Nature Preserve, which had announced it was offering its enormous outdoor space to any arts and cultural nonprofits or artists whose programming had been affected by the pandemic. After the staff heard the idea, they offered to host me in their parking lot. I ordered a $20 FM transmitter online, downloaded its app, and tested its range with my car and my fiancé’s. And that’s all I needed: a parking lot, a car, an FM transmitter, a smartphone, and cellular data.

I wanted to celebrate, to welcome this book into the world with the people who helped to make it possible. I wanted to feel like my labor had been witnessed, especially after years of the mostly solitary experiences of writing and editing. And, honestly, I wanted closure.

Two months after That Ex’s publication date, I stood on top of an SUV decorated with three-foot-tall gold balloons spelling out THAT EX at the front of Penn Dixie’s parking lot and broadcast my reading to the parked cars over my phone and the FM transmitter. My friends showed up—many of whom drove in from out of town, some of whom even brought dates—and either remained inside their cars or stationed themselves, masked, in open trunks and pickup beds, tailgate-style. With a slight delay between transmission and reception, and everyone’s windows down and volume up, I was surrounded by echoes of the love poems in That Ex—a chorus of crushed hearts and hearts crushing hard—as the orange August sun set behind me. At the end, everyone honked incessantly for about a minute.

I had a lot of other help: poet and filmmaker Jazz De Nero, visual artist Cara Hartzell, and New York City-based musician DJ Simcard collaborated on a video trailer to promote the event; Melanie Camp did a short profile on me and the event for local television station WKBW; and Meghan Pipe interviewed me for Just Buffalo Literary Center’s blog. And, in lieu of asking someone to get up on the roof of the car with me to emcee, I roped in my exes: given that the book deals with the figure of the scorned woman, I crafted my own introduction of “found language” borrowing from the things exes had said about me post-breakup.

In retrospect, a literary drive-in was definitely stranger and more memorable than what I would have produced in pre-pandemic times. As far as I know, it was the city’s first of its kind. It was also remarkably easy, inexpensive, and—perhaps most importantly—safe.

Rachelle Toarmino is the author of the poetry collection That Ex and the chapbooks Feel Royal and Personal & Generic. She is the founding editor in chief of Peach Mag and an MFA candidate in poetry at UMass Amherst.

Thanks to the Plumber Who Slept in My Bed: How a Surprising Trespasser Inspired My First Novel 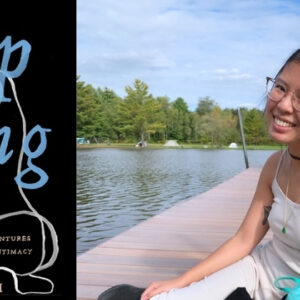 Larissa Pham’s new book, Pop Song, is out now from Catapult. She recently spoke to Zack Graham about internet celebrity,...
© LitHub
Back to top