How to Party With an Infant 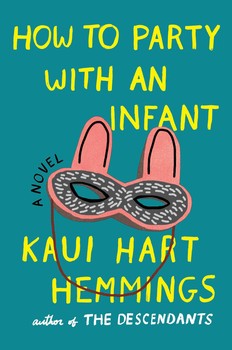 The following is from Kaui Hart Hemmings’s novel, How to Party With an Infant. Hemmings has degrees from Colorado College and Sarah Lawrence, and she was a Stegner Fellow at Stanford University. Her first novel, a New York Times bestseller, The Descendants, has been published in twenty-two other countries and is now an Oscar-winning film. She is also the author of a story collection House of Thieves, the novel The Possibilities and the YA novel Juniors.

Mele drives to the daycare in the Inner Richmond to pick up Ellie. It’s always kind of like driving to an abusive husband. How will your child treat you? Will she make it to the car without making a scene? When Mele gets out of the car and goes into the small railroad apartment that smells of urinals and clay, Ellie runs to her right away! They say good-bye to Mary and the other children, and then her child gets into the car! No meltdowns, no stalling, no stipulations or negotiations. If only kids could figure out that when things go smoothly, your parents don’t dread being with you.

Morning drop-off was easy, too, but it was because of the new departure method that would have to be updated. Ever since Ellie started to go to daycare twice a week, Mele has had to create little routines, but they always have to get updated, like Adobe or Windows. What worked then (sitting down with Little E at breakfast with the other kids and departing after she got her “milk kiss”) doesn’t work now. So Mele started to read her a story before she left and then she’d wave at the gate. It worked at times, but still there were days when Ellie clung to her and cried, then howled with her face pressed between the bars of the gate, making Mele feel like the biggest asshole as she left to grab coffee and check Facebook.

But then one day, Ellie seemed to create her own routine, her own solution, which was to have a story, walk Mele to the gate, give her a hug, and then kiss her butt. Not just a peck, but a full-on, long kiss, like the kisses in old movies. Lots of head movement, no tongue, thank God. ’Cause that would be weird. This transition trick, the butt kiss, was created months ago, and it has stuck, and so every day Ellie walks to the gate with her face pushed into Mele’s ass. “Ha ha,” Mele says when it happens and looks around nervously. Ellie just looks like she’s hugging her from behind, so she can get away with it most days, but sometimes Ellie will yell with crazed glee, “I’m going to kiss you on the butt!”

Mele has vowed to make it stop, but it works so well. When Ellie starts to cry, she whispers, “Come on, you can kiss my butt.” This morning a parent overheard her and Mele imagined the woman calling Social Services. What parent tells her child to kiss her ass? They need a new routine. There are so many reasons Ellie should be sent away to Child and Family Services, Mele really doesn’t need another.

They drive down Fulton toward the Panhandle.

“We need to think of something else to do in the morning,” Mele says to Ellie in the backseat. “Maybe kiss my cheek or elbow.”

“Or my mouth. Why can’t you just kiss me on the lips like the other kids?”

“The other kids don’t kiss you on the lips.”

“I should kiss your butt!”

“A foot is dirty!” Ellie says.

“So is a butt,” Mele counters.

“But a butt has clothes on it.”

“Right,” Mele says. “Anyway, you shouldn’t do it anymore, okay?”

“But I just want to kiss your butt all the time!”

Mele thinks about this. “I understand,” she says. “It is something people ought to want to do.”

It is settled then. Her daughter made a good argument. She often does, and sometimes it makes Mele really proud. Other times she wishes Ellie were one of those dumb kids she sees all the time—malleable and silent.

“Want to go to the park?” Mele asks. Why did she ask that! She needed to state: We’re going to the park. No choices. Please say yes. She wants to see Henry. She has been telling herself all day that she didn’t want to see Henry—she just wanted to go to the park, like always, but why lie to herself? It’s impossible, and it’s such a better feeling than wanting to see Bobby. Plus, Georgia said she had a story for her.

“The park!” Mele says. Everything has been so easy. And yet, there are many more hours left in the day. Mele always pencils in “some kind of conflict” into her mental calendar, so that she’s not disappointed if it comes. It’s expected, a fact of life. It’s right there in the calendar.

From HOW TO PARTY WITH AN INFANT. Used with permission of Simon & Schuster. Copyright © 2016 by Kaui Hart Hemmings.


butt kissingchildrenExcerptHow to Party With an InfantKaui Hart Hemmings
Share: 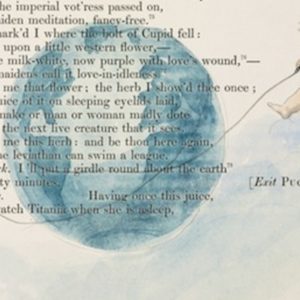 The Lost Art of Custom-Illustrating Your Favorite Books It’s 1795, and you’re a bookish person with a modest library. The trouble is that very few of your books have illustrations,...
© LitHub
Back to top