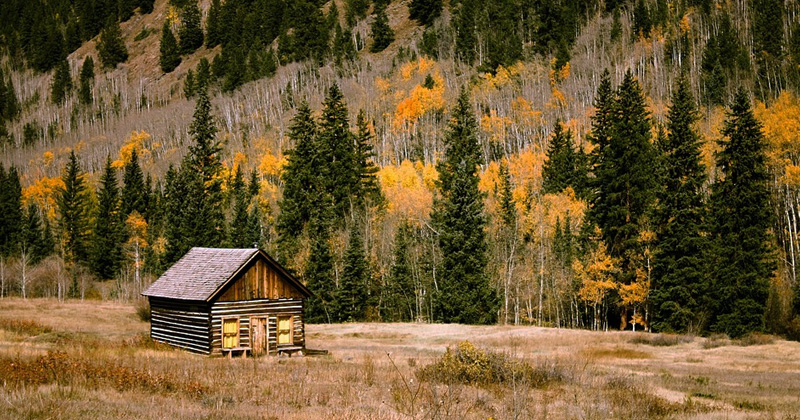 "I Stood in the Middle of the Weeds, and I Didn’t Give a Fuck About Anything"

In 2016, I was living in Denver, Colorado and had just heard word that my first novel would be published. I’d been developing a career in technical writing for the last eight years, and the stress was ruining my ability to write creatively. I felt obligated to continue the unceasing march towards a high salary. One-third of my time on this earth would be spent developing something that seemed meaningless. I wanted to be successful, to have stability, and I was raised to believe that a 9-to-5 job was the only way to accomplish this. With my book deal, however, my fantasy life suddenly seemed more feasible: I could write short stories, novels, I could escape the cubicle. But rent was expensive, and leaving my job was not an option. I did not feel, with the current state of the world, that I could balance writing, my full-time career, and starting a family.

So I quit my job and began working part-time at an organic grocery store, taking evening shifts so I could write in the mornings. It was a step towards the fantasy but had its consequences: I no longer had health insurance and had to cut back on most extraneous spending. While I was working there, I met a woman named Lauren from a small town in northwest Arkansas with henna-orange hair and smudged, smokey eyeliner. She told me about her house, which she’d built with her husband, their four bare hands logging, seasoning, stripping wood for the frame, putting it up, tiling the walls and floor. The only bill they paid was for electricity. Water was connected to the house via a cistern of spring water, which had to be boiled or filtered to be consumed. A propane-powered water heater made the showers 90-110 degrees, and kept the water hot no matter how long it ran. Not even a regular house can do that, I thought. She told me about the parties they held every full moon—big bonfires, homebrewed cherry mead, potluck-style drinking and dining. It sounded magical: A house in the woods, with time to spend as one pleased.

Lauren told me that she and her husband were leaving Denver in six weeks to go back to Arkansas. If we left with them, she said, we could stay in their house for as long as we needed. Something felt right about it, so I encouraged my husband to quit his job, and I put in my two weeks’ notice at the grocery store. The transition was harder than I thought: I had become accustomed to the steady rhythm of afternoon customers, making smoothies at the juice bar, the Zen of stacking pears and avocados in tall, gradient pyramids of ripest to not very ripe at all. I could stack fruit for hours, stuck inside my head, thinking of stories to write. But what came next would be much better, I told myself. I hated the city and hated the cost of living. So we packed up our things and left.

On the road, I imagined taking on a new identity. The one I had built in Denver felt false. I knew the daily march from cubicle to cubicle to coffin was unnatural and not right for me, but it seemed petulant and immature to believe that I could live outside of the corporate world, could support myself and still find time to write. After hours of driving, my husband and I stopped in Kansas and parked in the shadow of a Wal-Mart Supercenter, which was the only thing, including trees, big enough to provide shade in the hot, flat plains. I put a wet towel on the dog to keep him cool, thinking, this was a mistake, the heat is inescapable, like the corporate world; we will all die here.

Three days later, we met Lauren and her husband at a casino on the border of Missouri and some other state. They carried back almost a ton of tile so they could parse and sell it. Their tire had gone flat during a long stretch in Kansas, the highway straight as a pin and burning with the sun. With no cell reception, they worked to fix it on their own. I imagined being alone out there in the sun. Lauren’s skin was tanned brown and red, her high set cheekbones slick with sweat; there was no air conditioning in their truck, no raft in an ocean of heat. I thought of the two sure, monthly paychecks I had left behind. How did people live like this? It seemed like a form of self-marooning, having to trust in oneself to get to the next island available, no matter what it took.

“I knew the daily march from cubicle to cubicle to coffin was not right for me, but it seemed petulant and immature to believe that I could live outside of the corporate world.”

When we finally arrived, we stepped out of the car into the thick air and walked up a dirt drive, the plants untamed and wet, adding their sweat to the air. The small, unfinished house sat against a big bluff. It gave off the same smell I associate with my late grandparents’ house: a kind of sweet wooden must, old, ripe, like tea tree oil. A smell of comfort and safety. The summer seemed to insulate me from my anxieties. I stood in the middle of the weeds, nettle and wild shiso, and I didn’t give a fuck about anything. I immediately knew that I would never return to the cubicle-coffin life.

My sense of awe and wonder began to return as I saw that other modes of existence were possible. That life, while incredibly fragile, was also resilient. Lauren taught us how to forage for oyster mushrooms, and I listened to her talk excitedly about hunting for morels, the holy grail of edible fungi. We watched Lauren’s husband butcher a wild hog and render the fat down on the wood stove, taking the rest of the meat inside to eat. We cooked hog heart, fried up with its liver and some onions. We prepared sorrel salad, tart and crisp, picked from the earth. Lauren and I rolled cigarettes with mullein and chamomile. The nights were the darkest and most quiet I have ever experienced; not even the wind made noise, except when storms came and struck the trees around us. I fell asleep to the sound of foxes calling. My mind felt alive with possibility.

With my mind less focused on minute distractions, like traffic or bad coworkers or deadlines, it began to fill with scenes, interactions, and words that I wanted to create and record. I sat at a card table with my laptop and wrote in the quiet while my husband read. I wrote as much as time allowed, as there was nothing else to do but write, chop wood, find food, pick weeds. Living without constant internet access and cell phone service helped, too. I felt good. At peace. Hungry sometimes, but not scared about it. I wrote a lot, but I thought about it less—I didn’t worry about the outcome or the audience.

As my husband and I began to run through what little savings we had, we slowly returned to normalcy. But life in the woods had allowed me to see that the cubicle did not have to be a coffin. I felt more secure in my ability to survive when things got tough—that even if the worst happened, we’d make it work. I got better at prioritizing, realizing that time is the most precious resource available. It is the one thing we will never get more of, and I was determined to spend it wisely. Most mornings I woke up at 3:45 am, walked to my part-time job at a local cafe, and came home in the afternoon to write. Eventually, I created another manuscript of short stories, finished my first novel, and outlined and started another. We survived off the expired sandwiches I got for free from work, off food bank donations and the kindness of our friends. Then, something new happened: I got pregnant. I applied for WIC and Medicaid. My husband found a steady job, and we got health insurance. We had our child. We had figured out, however unconventionally, how to balance what had previously seemed to be hopelessly conflicting desires.

We now live in town, out of the woods but in close proximity. It’s much smaller than Denver, and so the pace of life is slower, but it still has elements of the city. Rush hour. Corporate work schedules. Bars, nightlife, crime, and car accidents. In town, the anxiety sometimes comes back to me, erasing my sense of wonder. I become distracted by daily trivialities, money, and fear. But I can walk into my backyard with its three large oak trees just starting to bud, the neighbor’s magnolia looming behind them, hold my child and look up at the trees, and stand underneath their shade. I can show her the ragged edges of oak leaves, watch as she reaches her hand out to touch the shadow of an insect on the leaf’s underside. I imagine how I’ll describe to her the things I’ve seen and the things I want to create. Standing here, with her, as the breeze grazes me gently, I can recapture the feeling of the woods.

Elle Nash is the author of Animals Eat Each Other. She is a founding editor of Witch Craft Magazine and a fiction editor at Hobart Pulp. Her work has been featured in Volume 1 Brooklyn, The Fanzine, Cosmopolitan, Elle, The Offing, Enclave, and other places. She lives in the Ozarks with her husband, daughter and their dog. Occasionally she reads tarot in exchange for money.

On Recreating Leonardo da Vinci's Vineyard (and His Wine)

The Enduring Enigma of Véra Nabokov 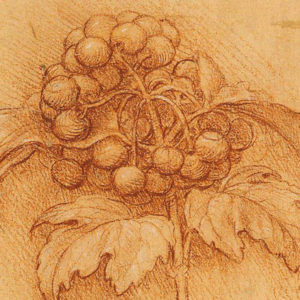 On Recreating Leonardo da Vinci's Vineyard (and His Wine)

On a visit to Milan, one of my appointments was cancelled, and after scanning local papers an unexpected option appeared:...
© LitHub
Back to top