Thomas Penn on the Tragedy of the Brothers York

During the mid-15th century, England was crippled by civil war. The conflict dragged on for three decades and more, successive waves of violence engulfing the country before subsiding again, leaving behind a wreckage of mutual mistrust, suspicion and profound instability. This sequence of vendettas and turf wars became known as the Wars of the Roses: a struggle between the two royal houses of York and Lancaster, red rose against white, for the English crown. This was the story told by the Tudors, the leviathan of a dynasty that professed to unite these two warring houses. It was neater that way.

Yet for most of this period only one of these families dominated England: the house of York. The Yorkist kings—Edward IV, followed by his youngest brother Richard III—ruled the country for just under a quarter of a century, between 1461 and 1485. These years saw the civil wars change in nature. In 1461, the conflict was indisputably between two rival families, the usurping 18-year-old Edward taking the crown from the tremulous grasp of the Lancastrian king Henry VI.

In the years that followed it began to turn inwards: a destructive chain of rebellion, deposition, vendetta, fratricide, usurpation and regicide, all originating within the house of York itself. The dynasty’s end was brutal. It came on August 22, 1485 at Bosworth, with the killing of Richard III, the ritual humiliation of his battered body and his burial in an unmarked grave in a Leicester priory. But whatever the victorious Tudors later liked to say about Bosworth being the victory of the red rose over the white, the battle was also a settling of scores between two factions of the house of York: white on white.

At the heart of this was the relationship between three royal brothers: Edward IV; Richard duke of Gloucester, later Richard III; and, sandwiched between them, the middle brother George duke of Clarence, who wanted to be king but never was. Contemporaries acknowledged that these were three men of unusual gifts: shoulder to shoulder, they were practically invincible. Yet as one Yorkist insider put it in the aftermath of Bosworth, the three brothers could not avoid conflict with each other. This, he implied, was the tragic flaw in the Yorkist dynasty.

The rise and fall of the house of York remains one of the most seductive and contested stories in English history. By the usual dynastic standards, it was over in the blink of an eye, the Yorkists’ twenty-four-year period in power lasting as long as their successor Henry VII’s reign on its own. The three brothers themselves burned fiercely and died young: Edward at forty; Clarence at 28; and Richard still only thirty-two when he was killed at Bosworth.

Yet the house of York did shake off its usurper origins to establish itself as England’s undisputed ruling dynasty. In the process, it achieved a kind of greatness, restoring the monarchy’s authority and reforming its finances, creating conditions for renewed peace and prosperity. This all happened under Edward IV’s rule. A king of flawed, compulsive magnificence, his manifold excesses and contradictions provoked both admiration and disgust in contemporaries, and have often left historians struggling to reconcile them.

When Edward seized the throne, Clarence was eleven; Richard was eight. The civil turmoil in which the brothers grew up shaped the way they saw the world and their place in it. It was a time of acute insecurity, when political, social and legal norms were bent out of shape by warring protagonists for whom the system had long since ceased to work and who sensed, in its weaknesses, an opportunity to remold the world according to their desires.

At times, the center seemed unable to hold. Politicians urging unity and moderation watched aghast as factions tore at each other, all restraint set aside. This was a landscape littered by murders and executions enacted through fearful self-defense and hungry ambition, and justified with the merest skim of legal process. Speaking the language of populism and clamoring for reform, squabbling elites raised private armies and manipulated widespread public discontent to their own advantage, sparking insurgency and revolt against a battered political establishment. The system of hereditary monarchy itself seemed to teeter on the brink.

These outbreaks of bloody score-settling appalled contemporaries. In trying to make sense of the disorder people reached for the language of sickness, both in terms of explaining what had happened to politics and how it made them feel. Trying to survive in this failing, uncertain system was a matter of political agility, timing and luck—and, in the tangle of extended families and networks of affinity that bound England together, it was all too easy to make the wrong choices. Existing attachments and loyalties became more contingent, quickly dropped in favor of new friendships, only to be abandoned in turn. All this was especially pronounced for the conflict’s leading protagonists. Circumstances had thrust Edward, Clarence and Richard into a place of exceptional power and wealth. For all three brothers, the sense that they could lose it all at an instant was rarely absent. This sense of precariousness and possibility was, at times, overwhelming. It distorted their behavior and decision-making, their views of the world and of each other.

This is a story that stretches across England and Wales: from London and Westminster, the country’s financial and political heart, and the luxurious royal houses of the Thames valley to the north of the country, which it suited some to portray as a very different land—wilder, remote, pricklingly independent, heavily militarized. It moves beyond national boundaries: further north, to Scotland; across the English Channel, to the courts of France and its antagonistic ducal satellites Burgundy and Brittany; to the great entrepôts of Flanders, in whose counting houses, warehouses and ateliers the shockwaves of England’s civil conflict made themselves felt; and to the offices of the Medici bank in Florence and the lobbies of the papal curia in Rome.

For if the Wars of the Roses were a domestic concern, fought on English soil, they were inextricably entangled with European affairs. The country’s very relationship and attitude to northern Europe were slowly being reshaped. The doubtful glories of the Hundred Years War, with English kings seeking the crown of France, were fading from view; after centuries England was becoming once more an island nation. This was a state of affairs that the Yorkist kings were reluctant to acknowledge, as their entangled, often aggressive, constantly shifting relationships with their northern European neighbors—themselves in a state of flux—made all too clear. These relationships were to play an instrumental role in the house of York’s downfall.

Other key players, of course, drove and defined this evolving conflict, among them Richard earl of Warwick, “the kingmaker,” the powerful, manipulative mentor to all three brothers; and Elizabeth Woodville, Edward IV’s divisive queen, and her upwardly mobile family. Around them was an equally compelling supporting cast, from men like Edward’s loyal friend William Hastings and his legal enforcer John Tiptoft, a man of cultured savagery, to the influential servants and officials, fixers and hangers-on who were the connective tissue of the Yorkist regime and who, ultimately, were involved in rip-ping it apart. This book portrays a world of household and court that, in its claustrophobic politicking, perhaps resembles the stifling world of the Yorkists’ successor Henry Tudor more closely than historians have hitherto allowed.

The tragedy of the brothers York was that they destroyed themselves.

Putting the three Yorkist brothers center stage casts the Wars of the Roses in a fresh light: as a conflict between two royal houses that, apparently resolved, in fact re-emerged as a sickness within the Yorkist family. It reassesses the brothers themselves: Edward IV, whose slow transformation from virile teenaged war-leader to bloated, avaricious tyrant—traits that, skipping a generation, found new form in his grandson Henry VIII—remains obscure in the public imagination; the simmering stew of self-entitlement and personal inadequacy that was George duke of Clarence; and Richard III. Richard’s notorious reign, of course, needs no introduction. Yet by placing it in the context of his fraternal relationships, we can perhaps arrive at a sharper understanding of why Richard behaved and acted as he did; and to find, if not definitive answers to the controversial questions that hang around him, then at least a hint of smoke.

Appropriately for this disruptive, disrupted age, this is a story reconstructed from fragments. In the surviving written record—itself exceptionally uneven—these extraordinary historical characters are elusive, flickering presences. They are glimpsed in chronicle accounts and diplomats’ reports; in the administrative and financial records of government and household; in letters and manifestos. Their ways of thinking are traced, too, through the books and political tracts that people read or absorbed second hand as they sought paths through these crisis-ridden years, clutching hold of ideas and ideals that, all too often, evaporated on their first contact with reality.

In exploring the brothers York and their mutually destructive relationship we can form a clearer sense of why such an ostensibly successful ruling house—and one that, unlike its successors the Tudors, produced in abundance that prerequisite for dynastic succession, legitimate male heirs—should have so suddenly and completely collapsed in on itself. In a consummate historical irony, it was an unlikely offshoot of the Lancastrian dynasty—the house the Yorkists had long since exterminated—that profited from its demise: Henry Tudor.

Surveying the corpse-strewn battlefield at Bosworth, Shakespeare’s Tudor pronounces ruefully on the state of his new kingdom. “England,” he declares, “hath long been mad, and scarr’d herself; The brother blindly shed the brother’s blood.” The tragedy of the brothers York was that they destroyed themselves. 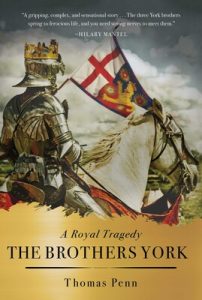 From The Brothers York: A Royal Tragedy. Copyright © 2019 by Thomas Penn. Reprinted by permission of Simon & Schuster, Inc.

Thomas Penn is publishing director at Penguin Books UK. He holds a PhD in medieval history from Clare College, Cambridge University, and writes for The Guardian, the Daily Telegraph, and the London Review of Books, among other publications. He is the author of The Brothers York and Winter King: Henry VII and the Dawn of Tudor England. 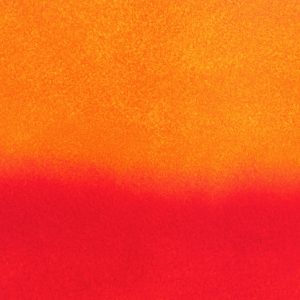 I kept what became the epigraph of my novel—“pleasure disappoints, possibility never”—taped above my desk (the many...
© LitHub
Back to top
Loading Comments...