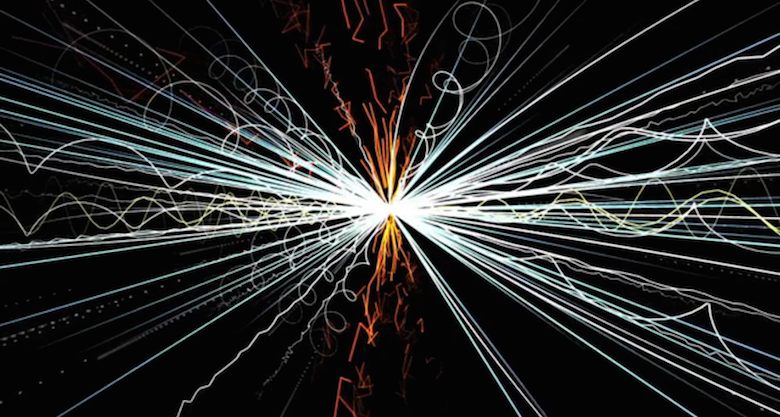 How the Tiniest of Particles Helped Build the Modern World

Suzie Sheehy on the Imperceptible Yet Critical Impact of Experimental Physics

The aim of physics is to understand how the Universe and everything in it behaves. One of the ways we try to do this is to ask questions, and as I studied more physics the question that seemed to lie at the core of it all was: “What is matter, and how does it interact to create everything around us—including ourselves?” I suppose I was trying to figure out the meaning of my own existence. Rather than study philosophy, I went about it in a more indirect way: I set about trying to understand the entire Universe.

People have asked questions about the nature of matter for millennia, but only in the last 120 years has this curiosity finally led us to some answers. Today our understanding of the tiniest constituents in nature and the forces that govern them is described by the field of particle physics, one of the most awe-inspiring, intricate and creative adventures that humans have ever embarked on. Today we have intimate knowledge of the physical matter of the Universe and how it all fits together.

We’ve found that reality has a richness and complexity that humans just a few generations ago could never have imagined. We’ve overthrown the idea of atoms as the smallest bits of our world and discovered fundamental particles that play no role in ordinary matter, but appear necessary based on the mathematics that—somewhat miraculously—describes our reality. In just a few decades we have learned how to fit all of those pieces together, from the blast of energy at the start of the Universe to the most precise measurements in nature.

Our view of the smallest constituents in nature has changed rapidly throughout the last 120 years: from radioactivity and the electron, to the atomic nucleus and the field of nuclear physics, together with the development of quantum mechanics (which describes nature on the smallest scales). Some way into the twentieth century this work became known as “high- energy physics,” as new particles were found and the focus shifted away from the atomic nucleus. Today the study of all the many particles and how they are formed, behave and transform is simply called particle physics.

We’ve found that reality has a richness and complexity that humans just a few generations ago could never have imagined.

The Standard Model of particle physics classifies all the known particles in nature and the forces through which they interact. It was developed by many different physicists over decades and our current version came about in the 1970s. This theory is an absolute triumph: it is mathematically elegant and unbelievably precise, yet fits on the side of a mug. As a student, I was drawn in by how completely the Standard Model seemed to describe how nature works at a fundamental level.

The Standard Model tells us that all the matter that makes up our everyday existence is composed of just three particles. We consist of two types of quark called “up” and “down” which form our protons and neutrons. These two quark types together with electrons make up atoms, held together by forces: electromagnetism and the strong and weak nuclear forces. That’s it. That’s us and everything around us. Yet despite being composed of nothing more than quarks and electrons, we—humans—have somehow figured out that there is much more to nature than this.

Our triumph of knowledge has not come about purely through conceptual and theoretical leaps. The stereotype of a lone genius theorizing at a desk is largely incorrect. For over a century, questions like “What is inside the atom?”, “What is the nature of light?” and “How did our Universe evolve?” have been addressed by physicists in an entirely practical way. The reason we can say today that we know all this stuff, that we think our theoretical models represent reality, is not because we have pretty mathematics but because we have done experiments.

While many of us come across the idea that protons, neutrons and electrons make up the world around us as children, very little is said about how it is that we learned about matter and forces and, well, everything. A proton is a million million times smaller than a grain of sand and it is far from obvious how we actually go about working with matter on so small a scale. This is the art of experimental physics: to follow our curiosity from a seed of an idea, to a real physical piece of equipment, to the accumulation of new knowledge. That evening at the dark sky site, that understanding that I enjoyed physics more when I got to experience it firsthand, led me towards the idea of being an experimental physicist.

While theoretical physicists can revel in mathematical possibility, experiments take us to that frightening frontier of vulnerability: the real world.

The experimentalist must understand and be able to use theory, but she must not be constrained by it. She must stay open to finding something unexpected and unknown. She also has to understand many other things: her practical knowledge ranges from electronics to chemistry, from welding to handling liquid nitrogen. She must then combine these things together to allow her to manipulate matter that she cannot see. The truth is that experiments are hard, and the process involves many false starts and failures. It takes a certain kind of curiosity and personality to want to do this. Yet throughout history, many have had the passion and persistence to do so.

Over the last century the experiments that scientists have used in particle physics have gone from single-room setups led by one person to the largest machines on Earth. The era of “Big Science,” which began in the 1950s, has now grown to produce experiments that involve collaborations of over a hundred countries and tens of thousands of scientists. We build underground particle colliders consisting of many kilometers of high-precision electromagnetic equipment in projects that span more than twenty-five years and cost billions of dollars. We have reached a point where no individual country can achieve these feats alone.

Through this search for new knowledge, we bridge the gap between what we know to be possible and what we believe to be impossible.

At the same time, our everyday lives have gone through a similarly dramatic transformation. In 1900, most homes were twenty years away from having electricity, horses were the main form of transport and the average lifespan in the UK or United States was less than fifty years. Today we are living longer, in part because when we get sick the hospital has MRI, CT and PET scanners to help diagnose illnesses and a range of medicines, vaccines and high-tech gadgets to treat us. We have computers, the World Wide Web and smartphones to connect us, which have created entirely new industries and ways of working. Even the goods around us are designed, augmented and enhanced using new technology, from the tires on our cars to the gemstones in our jewelry.

When we think about the ideas and technologies that make up the modern world, we rarely associate this with the parallel trajectory of experimental physics, but they are intimately connected. All the examples above came about from experiments designed to learn more about matter and the forces of nature—and this list is only scratching the surface. Within just two generations, we have learned to control individual atoms to build computing devices so small that even a microscope struggles to see them; to use the unstable nature of matter to diagnose and treat disease; and to see inside ancient pyramids using high-energy particles from space. It’s all possible because of our ability to manipulate matter at the level of atoms and particles, knowledge which came from curiosity-driven research.

I chose to be an experimental physicist in the field of accelerator physics: I specialize in inventing real-world equipment that manipulates matter on this tiny scale. Accelerator physicists constantly discover new ways of creating beams to help learn more about particle physics, but increasingly our work contributes to other parts of society. It still surprises students, friends and audiences when I tell them that their nearest hospital almost certainly houses a particle accelerator, that their smartphone relies on quantum mechanics and that their ability to browse the web is only possible because of particle physicists. We build particle accelerators to study viruses, chocolate and ancient scrolls. Our detailed understanding of the geology and ancient history of our planet is the outcome of research in particle physics.

Curiosity-driven research takes us past the limits of what we know and what we expect, leading us to ideas, frontiers and solutions that change the course of history. Through this search for new knowledge, we bridge the gap between what we know to be possible and what we believe to be impossible. That is where curiosity leads to truly groundbreaking innovation. Physics, in particular particle physics, offers perhaps the most striking examples of this phenomenon. So how did a series of physics experiments lead to all of these aspects of our modern world? 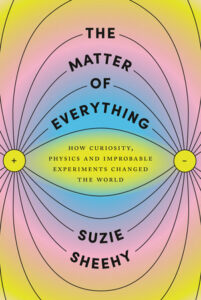 Excerpted from The Matter of Everything: How Curiosity, Physics, and Improbable Experiments Changed the World by Suzie Sheehy. Copyright © 2023. Excerpted by permission of Alfred A. Knopf, a division of Penguin Random House LLC. All rights reserved.

Alfred A. Knopfexperimental physicsPenguin Random HousephysicsSuzie SheehyThe Matter of Everything: How Curiosity Physics and Improbable Experiments Changed the World
Share:

Dr. Suzie Sheehy is a physicist, science communicator and academic who divides her time between research groups at the University of Oxford and University of Melbourne. She is currently focused on developing new particle accelerators for applications in medicine. The Matter of Everything is her first book.

How Zora Neale Hurston’s Study of Hoodoo Helped Me Grieve 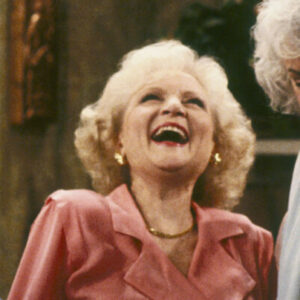 In 1990, when my mother and I moved back to the States, I was about five years old and knew no English. Television sitcoms...
© LitHub
Back to top
Loading Comments...