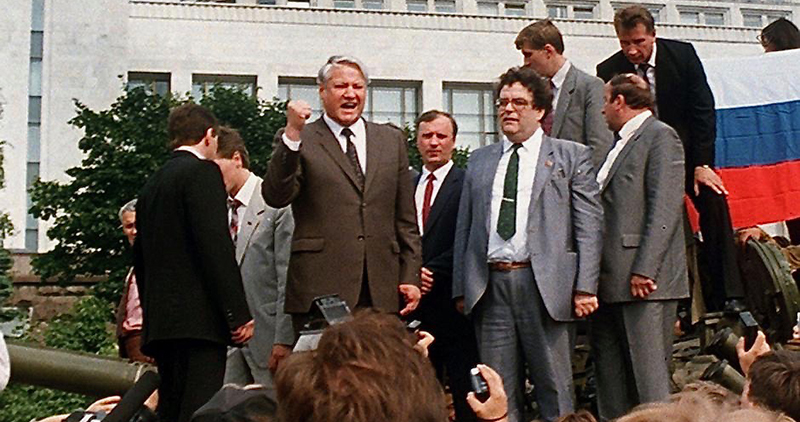 Harold James in Conversation with Andrew Keen on the Keen On

On today’s episode, Harold James, historian and Princeton University professor, discusses the parallels between the end of the USSR and the present moment in America.

Andrew Keen: So rather than thinking of America as being fascist or neo-fascist, Harold James is thinking of America in 2020 as being akin to the dying days of the Soviet empire in the late 1980s. Harold, is that fair? Are you suggesting that in some ways to make sense of the current American malaise, we need to look at mid- to late-80s Soviet Union?

Harold James: I think, indeed, the United States has always depended on historical parallels. For a long time, I think the parallel was the Roman Empire. So people imagined the United States as a modern Rome. And indeed, the makers of the republic were really concerned with the lessons of the Roman Republic and about the degeneration of the republic and the creation of the Roman Empire. I think the break up of empires is a familiar story, and people will always see the United States in that kind of mirror. Often people will suggest that the United States is replicating something that the British Empire went through with the rich tapestry in the early 20th century and then suffered this long period of decline. And the Hapsburg Empire, if you want to be more dramatic about this, I think it’s is more dramatic case of disintegration. The Hapsburg Empire is also a model for the disintegration of the Soviet Empire. These empires have periods of rise and periods of fall.

The reason that I thought of the Soviet experience was particularly interesting was that there was a long feeling of stagnation. I think we’ve also got that feeling that the United States has had a relative loss. You’re looking at the countries that are growing so quickly and particularly the rivalry with China, but then there’s some trigger that pushes a decline in a different way. The trigger in the Soviet Union was the nuclear accident, certainly in 1986 the explosion in Chernobyl. The way the Soviet Union dealt with it really discredited them fundamentally. There was a terrible weight around the neck of this really reformist general secretary who was just beginning then to try to pull the Soviet Union together.

I think if you look at it and an international comparison and the way in which the United States has dealt with the Covid-19 crisis has been a relative failure. It looks more like Brazil and the United Kingdom. There are other countries that have dealt badly with Covid-19, but the United States response is inadequate. It has shown all kinds of fundamental problems about the United States: the inequalities, the racial tensions, the inadequate healthcare system, inadequate housing. So fundamentally, issues that were always there comes to the front when you’ve got a pandemic like this.

Andrew Keen: Yes, I certainly get the comparison between Chernobyl and Covid-19. That’s a very provocative argument. What about if we step back a couple steps? What about the comparison in the sense that the Soviet Union by the late 80s was clearly mired in a self-evident hypocrisy in terms of what it claimed to be versus what it was? Can the same now be true about America, that America claims to be this open, egalitarian place full of energy and the reality is it’s increasingly dominated by a tiny plutocracy and ruled by a gerontocracy. You mentioned the Hapsburg Empire, which was also self evidently fraudulent by the end of its days. Is America as mired in self-evident hypocrisy as the Soviet Union in the 80s?

Harold James: It’s less open to opportunity than it was 40 or 50 years ago. There’s an enormous amount of literature on that. So we’re really, in terms of the educational system, we’re more and more is restricted. We’re giving less chances to fewer people. And so one of the wonderful results is exactly against that lack of openness of the system.

Andrew Keen: Harold, you teach in the bosom of the establishment at Princeton University? What is happening there? We’ve had a number of shows about cancel culture and that maybe this new wave of political correctness that’s going on in the university. Is the preoccupation with identity and identarian politics itself within these establishment institutions that are breeding the new elite, are they themselves evidence of a profound deadly crisis of the American elite, of its establishment?

Harold James: They are, I think, a reflection of the way in which people are questioning these institutions and asking whether they’re really sufficiently open and if they’re doing enough. So there are two aspects of openness that are really crucial. One is to be open to all kinds of ideas. That’s the traditional idea of making the best universities. The university is somewhere where ideas are tested and try out different notions. But the other idea for universities that should be is widely accessible as possible. That’s, I believe, where American universities have failed. And part of the debate of today is exactly driven by natural phenomena, that the US universities, but I think more generally, universities are not doing very well. Medical systems are not doing very well. There are really strong analogies between the health system in the United States and the private educational system. They’re very good at doing some things, and so at the top American hospitals are really right up with the right leadership, but they’re not extending themselves and they’re not fixing themselves. American universities are like that. And what we’ve got to do that, I think, is to rethink how open they are.

Harold James is the Claude and Lore Kelly Professor in European Studies and Professor of History and International Affairs at Princeton University. 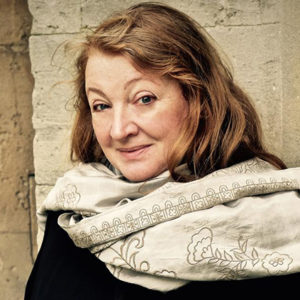