It is not often that you read a book that is both heartbreaking, infuriating, inspiring, eye-opening, and riveting. Nicholas Dawidoff’s new book, The Other Side of Prospect, brilliantly uses the particular story of the Newhallville neighborhood of New Haven, Connecticut, and a young black man wrongly convicted of murder to tell the universal story of the violence, poverty, and injustice that exists in too many of our American cities.

There is a reason Nicholas has been a finalist for the Pulitzer, a Guggenheim Fellow, and the recipient of a slew of other honors and fellowships. He wraps his compassion and journalistic devotion to research and details into a story that takes us into his grip, leaving us more informed, more understanding, and hopefully more committed to being part of a solution. As James Baldwin said, “If one wishes to know how justice is administered in a country, one does not question the policemen, the lawyers, the judges, or the protected members of the middle class. One goes to the unprotected.” The unprotected could not be in better, wiser hands than Nicholas Dawidoff.

Nicholas Dawidoff: I think there is the belief in all of us that we would never confess to any crime we didn’t commit, much less the worst crime. What most people consider the worst crime, which is murder. We would just never do that. Nobody could ever make us do that.

But pretty clearly, I think if you talk to people who really know about these things, who study for a living. Anybody can be put in such an extreme position that, well, not anybody, but most of us could be put in such a such an extreme position that, given the options, that confessing might seem like the best option. And there are a lot of reasons why a frightened 16 year old kid would.

Roxanne Coady: No lawyer, no PR.

Nicholas Dawidoff: Nobody. He’s alone without a parent, without a lawyer. He’s in there with two experienced police officers. Why? Over time, he might eventually do it. And you know his explanation as well. I mean, he spent a lot of his life trying to understand why he would do such a thing, because … he’s an inherently truthful person. He felt he didn’t have any other choices because they kept telling him, well, you’re going to get the death penalty unless you confess … You’ll never see your family again. You’re going to get the death penalty.

If you confess, though, you’ll just get probation. They were making all sorts of deals and promises which are illegal things to do and untrue. But over time he was also just getting exhausted and more and more frightened and he thought, well, if I can only get out of here, if I can get out of this little room… and I’ve seen the room. Nobody would want to be there for hours and hours and hours with two older people who are pressing at you in very aggressive way. It might seem like, well, if I just give them what they want, then what’s the worse thing?

I don’t know if he even really knew who did it, but like everybody in the neighborhood, he had an idea. And if I say anything like that, my family could be heard. I feel like I have to protect them. I don’t want my family to be hurt. They tell me I’ll never see my family again unless I confess. And then it’ll just be this probation thing. I won’t even have to go to prison, but otherwise I’ll get the death penalty.

And then if you believe them, if you have some sort of feeling that, though, that the people who are representatives of the legal system are protecting you, that they are there for you, that they speak to truth and honor and public safety and so forth, you might eventually just give up. And this happens over and over again. If what happened to him is not an uncommon thing, what’s only unusual about him is how young he was.

Nicholas Dawidoff is the critically acclaimed author of five books, including The Catcher Was a Spy and In the Country of a Country. He is a Pulitzer Prize finalist and has also been a Guggenheim, Berlin Prize, and Art for Justice Fellow.

Why Are Walmart Workers Still Broke? 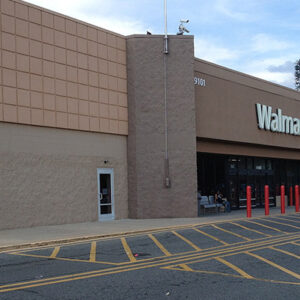 Why Are Walmart Workers Still Broke?