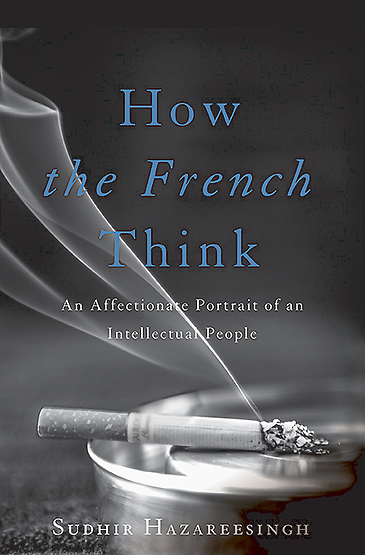 The following is from Sudhir Hazareesingh ’s How the French Think: An Affectionate Portrait of an Intellectual People. Hazareesingh is a Fellow in Politics at Balliol College, Oxford, a Fellow of the British Academy, and author of the books The Legend of Napoleon and In the Shadow of the General. He divides his time between Paris and Oxford.

The Skull of Descartes

For the three hundredth anniversary of the death of René Descartes, the French journalist Pierre Dumayet traveled in 1950 to La Haye, where the philosopher had been born in 1596. This village in the Indre-et-Loire had been renamed La Haye–Descartes in his honor in the early nineteenth century, and Dumayet was keen to find out what the locals thought of their most illustrious son, whose seminal work had laid the foundations of rationalist thought. Dumayet’s most memorable interviewee was an elderly inhabitant whose name, appropriately enough, was Madame Raison. She affirmed that the inhabitants were delighted to honor their grand homme, for he had not only been one of the iconic figures of his age, universally admired for his scientific achievements, but also the “lover of a queen.” Intellectual excellence combined with sexual prowess: the cult of Descartes was still flourishing in this remote corner of central France.

In the eighteenth century, the Abbé de Saint-Pierre hailed Descartes not just as an eminent Frenchman but as “one of the greatest men who ever lived” on account of “the remarkable advances he procured to human reason.” That Descartes should have played such a central role in French thought is in many respects paradoxical, in view of his life. His early interests were not especially philosophical: he was fascinated by warfare, and his first piece of writing was on the rules of fencing; he spent the period between 1620 and 1627 traveling around Europe and living the life of a gentleman in Paris. Even when he devoted himself to philosophy, he read little: he was fascinated by mathematics and was contemptuous of the classics. For the last two decades of his life, largely to avoid the scrutiny of his work by religious authorities in France, he chose to live in Holland, where he was noted for his “passion for solitude”—not a typically French trait at the time (or, for that matter, since).

Descartes’s eminence as a philosopher rests largely on his Discourse on Method (1637), one of the most famous texts in the French language. Its fourth part concisely summarizes his notion of philosophical rationalism: a belief in the separation of mind and matter (dualism), the identification of the essence of the soul with thought, and the deductive certainty of existence through the skeptical method of reasoning. The passage in which he presented the latter conclusion was characteristic of Descartes’s style, both engaging and intimate:

I resolved to pretend that nothing which had ever entered my mind was any more true than the illusions of my dreams. But immediately afterwards I became aware that, while I decided thus to think that everything was false, it followed necessarily that I who thought thus must be something; and observing that this truth: I think, therefore I am [cogito ergo sum], was so certain and so evident that all the most extravagant suppositions of the sceptics were not capable of shaking it, I judged that I could accept it without scruple as the first principle of the philosophy I was seeking.

This notion that thought was the defining attribute of humankind was the cornerstone of Descartes’s rationalism. It was a metaphysical proposition, and less an affirmation of particular substantive principles than an invitation to order one’s thinking according to clear logical rules—with the potential implication that doing so might elicit different, and possibly conflicting, patterns of reasoning. Hence one of the abiding paradoxes of the Cartesian tradition is that even among his own devotees, the interpretations of Descartes’s legacy were enormously varied. The philosopher Jean Le Rond d’Alembert held Descartes as the inspiration for French resistance to tyranny; for the critic Désiré Nisard, he was the force behind French literary genius; the republican thinker Edgar Quinet viewed him as a symbol of Christian humility; and the playwright Marcelle Joignet was only one in a long retinue who lauded him as the progenitor of feminism.

Like all canonical thinkers (and this, of course, added to his renown), his work also provoked criticism and hostility. From the outset, many Catholics believed that his insistence on the primacy of individual reason was a tacit encouragement of irreligiosity and even atheism—hence his work being put by the Vatican on the Index of Prohibited Works. Voltaire thought his science was wrong on all major counts, and that his conception of man was “far removed from reality.” Some of his critics deplored his abstraction and rootless universalism; others deemed him a shallow thinker, citing Blaise Pascal’s terse dismissal of his philosophy as “useless and uncertain.” To this day, Descartes is lambasted for his ruthless determination to provide experimental proof that animals were not sentient beings. Summarizing his seminal influence on the history of Western cruelty to animals, a pet-loving Descartophobe claimed that the philosopher “cut open his [own] wife’s poodle.”

To exacerbate this glorious cacophony further, the habit also developed of using Cartesianism as a shorthand to describe a range of French cultural traits. For the essayist Charles Péguy, who saluted Descartes as a “cavalryman who set out at a good stride,” Cartesian thought was irreducibly Christian (and French) because of its spiritual quality, notably its ability to convey a sense of the experience of God. However, Cartesian skepticism was also associated with more negative collective attitudes, as indicated in one writer’s frustrated account of his compatriots’ temperament: “Just as Descartes rested his method on his cogito ergo sum, whoever wishes to devise the political system which suits us best should start from this premise: we are French, therefore we are born to oppose. We love opposition not for its results, but despite its results: we love it for its own sake. Our mood is combative, and we always need an enemy to fight, a fortress to capture. We like to launch the assault, not so as to enjoy the spoils of victory, but for the pleasure of charging up the ladder.”

Nothing more perfectly symbolizes France’s obsessive passion for its national philosopher than the fate of Descartes’s remains. His body was brought back to his native land from Sweden (where he died) and reburied in 1667, whereupon he became a celebrity even among occultists: a poem refers to a young woman conversing with “the illustrious and learned ghost” of Descartes. The revolutionaries joined in the exchanges a century later, with several abortive attempts to transfer his remains into the Panthéon in the 1790s. After a brief transit at the convent of the Petits Augustins in Paris, his ashes were eventually reinterred in the Saint-Germain-des-Près Church in 1819—where they remain to this day. But two years later, there was a further twist, as the Institut de France received a skull purporting to be that of Descartes, complete with the signatures of all its former Swedish owners (including a certain Arngren, who, no doubt in honor of the philosopher’s mathematical accomplishments, had allegedly displayed it in his gambling den). For the next hundred years, the skull was an object of scientific controversy. Successive generations of French anatomists, phrenologists, and anthropologists argued vigorously about its authenticity. The results fell somewhat short of Cartesian certainty, but were conclusive enough to allow the relic’s temporary exhibition in the Jardin des Plantes collection. No doubt to enhance its credibility, the skull was placed next to another cranium bearing the inscription, “Subject who indulged in excessive self-abuse, died an imbecile.”

From HOW THE FRENCH THINK. Used with permission of Basic Books. Copyright © 2015 by Sudhir Hazareesingh. 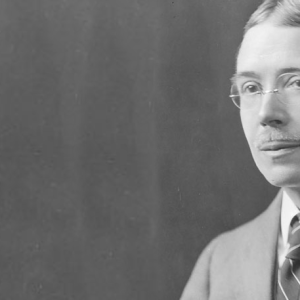 Best of the Week: September 21 - 25, 2015 Orhan Pamuk has written his best book yet, post-Nobel Prize. | The Independent Let the atrocious images haunt us: Judith...
© LitHub
Back to top