The first confronts you with her pitiless gaze. An accomplished figure at the height of her career, she leans against her vehicle, cigarette in hand, arms crossed, wearing a clingy maxidress that could never be called cringeworthy, like so much of seventies fashion. The photograph is black-and-white and cool, cool, cool. It defines its moment perfectly yet is timeless.

The other woman, her eyes obscured behind New Wave sunglasses, is draped over her vehicle, thrusting out a chest of superhuman dimensions, hair bigger and blonder than Barbie’s wildest fantasies. This woman is too much for one photograph. Her image is one of many, blown up building size and deployed across Los Angeles, their strident neon colors and fussy cursive text locking them always and forever into an eighties vibe that’s a little tacky, a little cheesecake-y, a little porno-y, a little postmodern-y.

So what links the famously slight Joan Didion—one of Southern California’s best-known writers, her work spanning decades and encompassing fiction, reportage, memoir, and screenwriting—to the pneumatic Angelyne, a woman semifamous for being semifamous, the proto–reality TV, preselfie self-promoter of pure self?

The answer is simple. Both women pose with the same car: a Corvette Stingray, the greatest of all American sports cars, an emblematic alchemical machine, a fire-breather, igniting the oil sucked up from the earth to burn rubber, vaporizing tires into smoke that drifts off into the air as it roars off into the hot summer night. Didion slouches against hers, the car’s opulent curves balancing her sleek angularity. Angelyne pours her body over hers, the signature Coke-bottle contours and pink too-much-ness as much a part of her personal brand as the bouffant or bee-stung lips. That two such divergent figures should converge on the same muscle car is providential, giving us an excuse to range across Southern California’s freeways, traveling from the shade-giving palms of Beverly Hills to the bleakness of the Owens Valley, 250 miles north, to uncover some uncomfortable truths about how icons are created. There will also be sushi.

But first, consider the slowly dissolving actress Maria Wyeth, Didion’s most famous character, the protagonist of her 1970 novel Play It as It Lays. Maria has only one unalloyed pleasure: driving. Her drives are not so much aimless as existential. Maria navigates the freeways “as a riverman runs a river, every day more attuned to its currents, its deceptions, and just as the riverman feels the pull of the rapids in the lull between sleeping and waking, so Maria lay at night in the still of Beverly Hills and saw the great signs soar overhead at seventy miles an hour.” Maria drives to forget, Maria drives to fill the time that would otherwise devour her, Maria drives to feel. Like Gidget, Maria is another character in LA’s literary history who is inextricably linked to a real person.

Not only do Didion’s descriptions of the character reflect with near exactitude the image the author saw in the mirror, Maria drives Didion’s car. In the little-seen 1972 film version of Play It as It Lays, the real-life actress Tuesday Weld portrays the fictional actress Maria Wyeth, the alter ego of the author, Joan Didion. The movie is a family affair if ever there was one. Didion cowrote the script with husband John Gregory Dunne, who in turn coproduced it with his brother, Dominick Dunne. The strongest connection among actress, character, and author is the Stingray, which Didion described years later as “a yellow so bright, you could never mistake it for anything other than Daytona yellow.” It is Didion’s car described on the page, pictured in the author photo, and, moreover, featured in motion in the film. As Didion once said, “There’s a point when you go with what you’ve got. Or you don’t go.”

Angelyne as phenomenon marks a high point in a particularly Southern Californian trajectory that has since become ubiquitous: the capacity, through sheer will, to create specialness.

In the eighties and nineties, Angelyne likewise went with what she’d got. And what she had was an actual spandex-encased body that existed in large part as a placeholder for its virtuality. Before we had globe-spanning social media, we had the quaint concept of “local” celebrities: Bozo the Clown in Chicago, prior to WGN taking him national, or New York’s manic electronics pitchman “Crazy Eddie” Antar. So Angelyne emerged, from somewhere deep inside LA’s id, via the splashy medium of billboards spread across Hollywood and the Westside. No one knew why the billboards existed: Angelyne wasn’t promoting an album, though she did release some music early on (“Kiss Me L.A.” in 1982); nor was she hustling a new film, though she had bit parts in movies like Earth Girls Are Easy (1988). Her billboards were simply advertisements for the self, crystallized into two components: A Girl and Her Car. And then there was the girl in her car. By the early nineties, I regularly spotted Angelyne in traffic, every few years in a new model, but always pink, always with the classic yellow-on-black license plate reading angylyn, because, well, vanity.

Angelyne as phenomenon marks a high point in a particularly Southern Californian trajectory that has since become ubiquitous: the capacity, through sheer will, to create specialness. This is the story of celebrity, of course. “What do you think a celebrity is?” Angelyne once queried. “It’s someone sent to us as a gift, to bring us joy.” Celebrities are different from the rest of us. They inhabit the aether and contribute to the quintessence. They literally radiate light. Light attracts attention. Ergo, celebrities inevitably get “discovered.” Everyone knows the legend of Lana Turner being discovered in 1937 at the counter at Schwab’s on Sunset Boulevard by director Mervyn LeRoy. Never mind that it was not Schwab’s (where Gloria Swanson really did buy her makeup and F. Scott Fitzgerald his teetotaler’s candy bars), but a mile and a half farther east, at the Top Hat Café, where then-Judy went after ditching typing class at Hollywood High just across the street; and that the person who spotted then-Judy-later-Lana was not LeRoy but Billy Wilkerson, publisher of the Hollywood Reporter, who referred her to agent Zeppo Marx, brother of Groucho et al.

Before she ascended to the mythic, Lana Turner was a working actress. Conversely, we have the contemporaneous Gabor sisters, who emerged from Hungary after World War II and became known less for their acting, singing, and dancing (negligible) than for their intricate personal lives (substantial). Eva was married five times; Magda six; and Zsa Zsa, the winner or loser, depending on how you define such things, nine times. One of Zsa Zsa’s husbands had also been married to Magda. Another was Conrad Hilton of the hotel family, great-grandfather (via another marriage) of Paris Hilton, an early reality television star and employer of a young closet organizer named Kim Kardashian, who eventually became even more famous for being famous than her erstwhile benefactress.

The missing link between the sisters Gabor and Kardashian is the singular Angelyne, who once claimed, “I can feel myself getting more and more famous every day.” Like the artists Andy Warhol before her and Jeff Koons after, Angelyne evinced a relentless devotion to her chosen métier of self-creation. Given that, we shouldn’t be surprised that Angelyne turns out to have been every bit as much a fictional character as Maria Wyeth. A young redheaded girl from the San Fernando Valley (by way of Holocaust-surviving Polish parents), Renee Goldberg wanted to be famous but never got closer than opening for the Screamers at the Whisky a Go Go as part of her then-boyfriend’s punk band, Baby Blue. So she decided to play her cards as they lay. Reinventing herself as Angelyne, she joined the uni-nomenklatura of Madonna and Beyoncé, becoming a human hashtag well in advance of the technologies: “Although I act, model, dance, paint, write and create magic, I’m most known for my persona, the essence of who I am.”

As if she weren’t busy enough, Angelyne (the person, not the persona) ran for governor in the chaotic election of 2003, which saw another absurdly proportioned celebrity—bodybuilder turned action star Arnold Schwarzenegger—elevated to the highest office in the state. Angelyne came in a somewhat embarrassing 28th in the overcrowded field of 135, but nobody could argue with her campaign slogan: “We’ve had Gray [Gray Davis, the governor being recalled], we’ve had Brown [Jerry Brown, who had been governor before and would be governor again], now it’s time for some Blonde and Pink.”

It is impossible to imagine Southern California without the private automobile.

Pink was hardly Didion’s color. Her Corvette was yellow. And what’s more, it wasn’t simply another perfectly matched element in an overdetermined, over-the-top ensemble. It was the wild card in the deck. For Didion, the Corvette was a marker of difference. That a writer—of books, not even screenplays, though Didion did that as well—should have a car like that was more than surprising. It signified power. In the iconic photograph by Julian Wasser, commissioned by Time magazine for a feature about her nonfiction collection, Slouching Towards Bethlehem (1968), Didion, a fifth-generation Californian, presented herself in all her gear-shifting sangfroid, the antithesis of those of the New York intelligentsia who didn’t even know how to drive, much less command a car with a 427-cubic-inch big-block V-8 under the hood putting out 390 horsepower. Here was the avatar of the LA writer: mobile, commanding, contemporary. The fact that this avatar was a woman wasn’t incidental. It was the icing on the cheesecake.

It is impossible to imagine Southern California without the private automobile. The transformation of earth into real estate in the later part of the nineteenth century dovetailed with the discovery of oil in the region. The internal combustion engine lit that oil on fire inside first thousands and then millions of cars, which themselves allowed for the distinctive spread of development that characterized first the region, then the rest of the planet. If the present era can be construed as Anthropocene, the twentieth century in Southern California constituted an Autopocene, the structuring of urban and suburban development, and of the very landscape itself, around the capabilities (and limitations) of a society on wheels. 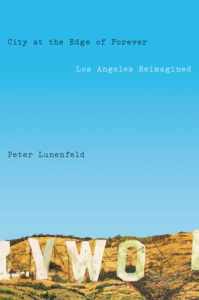 Peter Lunenfeld is vice chair of UCLA’s Design Media Arts department, and a faculty member in the Urban and Digital Humanities programs. He has published award-winning essays and several books with the MIT Press about the ways in which art, design, and technology intertwine. He has lived in Southern California for over thirty years.

The Unfolding Geological Language of Taipei 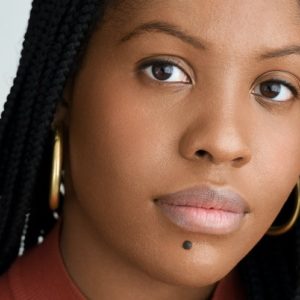 This week on The Maris Review, Raven Leilani join Maris Kreizman to discuss her debut novel, Luster, out now from Farrar,...
© LitHub
Back to top
Loading Comments...