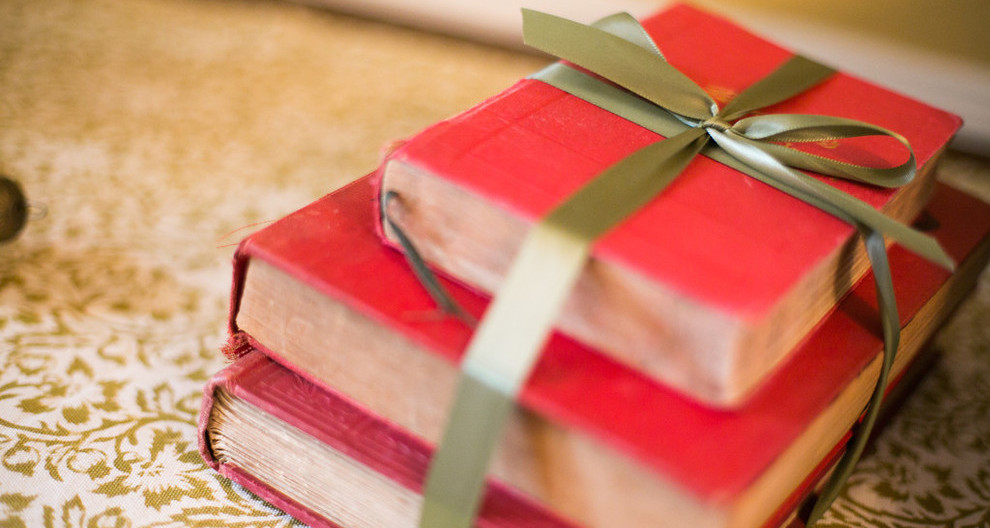 We’ve all been there. It’s Christmas Eve, and you’re down to the last few names on your gift list. Maybe you need a present for your impossible-to-please boss. Maybe it’s your three-year-old nephew you’ve never met. Maybe it’s your mother’s new boyfriend you wish you’d never met. Maybe it’s all three. You’ve looked online and scoured the malls. You’ve browsed the glass cases at a jewelry shop and played with all the new gadgets in an electronics showroom, and still you’re stuck.

Then you remember: Right, of course, I can go to a bookstore.

If this is you this holiday season, combing the shelves at your local bookstore for gift ideas, you can take some solace in the fact that you’re participating in a commercial tradition that dates back nearly two hundred years.

Books, it turns out, were not only among the first commercially produced Christmas gifts; the book business played a central role in turning Christmas into the commercialized holiday that we know today. “Publishers and booksellers were the shock troops in exploiting—and developing—a Christmas trade,” Stephen Nissenbaum writes in The Battle for Christmas, his social history of the holiday. “And books were on the cutting edge of a commercial Christmas, making up more than half of the earliest items advertised as Christmas gifts.”

Starting in the 1820s, when Christmas was still largely a day of feasting and religious observance, publishers helped pioneer the concept of giving mass-produced goods as presents, inventing an entire genre of books, called Gift Books, designed to be presented to loved ones at Christmas. These were typically anthologies of poetry, fiction, essays, and drawings, with the contents of each volume tailored to appeal to a specific audience. “Gift Books were available at every price range and for every conceivable market—demographic, religious, political, and cultural,” Nissenbaum writes. “There were Gift Books for children (in fact, for boys and girls separately), young men, mothers, Jacksonian Democrats, proponents of temperance and abolitionism, even members of men’s clubs.”

At the time, the notion of giving a present that wasn’t handmade was so new and strange that Gift Book publishers printed specially engraved “presentation plates” on the first page so the buyer could personalize the gift with an inscription saying who the book was for and why it was being given. “Gift Books might be said to represent the ‘commercialization of sincerity,’” Nissenbaum notes drily.

By the 1860s, as mass-produced goods became more common, presentation plates went out of fashion, and today no one publishes holiday literary anthologies. But the Christmas gift book remains a mainstay of modern publishing, for many of the same reasons the original Gift Books caught on two centuries ago. Books are small, lightweight, affordable, mass-produced products of a uniform shape and size, and yet, because each title is unique, a gift-giver can choose a book to suit the taste of nearly anyone on his or her Christmas list. This rare combination of uniformity and flexibility makes a printed book, from a commercial standpoint, a perfect gift-exchange commodity.

But the real secret of the continued popularity of books as Christmas gifts lies in how neatly books solve the complex emotional calculus at the heart of gift exchanges. Any successful Christmas present gives the recipient something he or she wants, but a good gift also serves as a physical token of the emotional bond shared by the giver and recipient.

Let’s say, for instance, you are a grandmother whose grandson dreams of being a fashion designer. You could buy him clothes, but not only would you need to know his measurements, you would need to understand his sense of fashion —what’s cool to him, and what’s not—which is something most people, not just grandmothers, would struggle to get right.

You could buy him a gift card to use at a clothing store, which might well be what he actually wants, but as gifts go, this is impersonal. It says, essentially, “I love you, but I don’t really understand you. Here’s some cash.” But after a trip to a bookstore, you can buy him a biography of his favorite designer, along with some sewing-pattern books and a gift card for a fabric store. On an inside page, you can personalize the gift with a note that says, “Someday I know the fashion world will be reading books about you.”

Multiply this across the large and diverse collection of people on most shoppers’ Christmas lists and it’s clear why books remain popular Christmas gifts. Here in one store are tokens of emotional bonds that will speak to your cool ex-rocker aunt in Seattle (Carrie Brownstein has a new memoir, Hunger Makes Me A Modern Girl, out this fall), your wannabe writer cousin in Brooklyn (Garth Risk Hallberg’s 900-page opus, City on Fire, has gotten some good reviews), your brother’s new girlfriend about whom you know nothing except that she bakes a mean almond torte (Rose Levy Beranbaum’s The Baking Bible looks tasty), and any number of school-age nieces and nephews (you can’t go wrong with Rick Riordan’s Percy Jackson series).

Of course, none of this is lost on booksellers and publishing executives, who plan meticulously for the Christmas season, which is for most by far their most lucrative sales period. At Powell’s Books in Portland, Oregon, one of the country’s largest independent bookstores, sales for the month of December are double those of an average month, and the busiest single day of the year is typically December 22nd or 23rd, according to Miriam Sontz, Powell’s CEO. For the industry as a whole, slightly less than a quarter of all book purchases occur in November and December, according to Richard Rhorer, associate publisher at Simon & Schuster, citing figures from Neilsen BookScan.

Bookseller Shawn Donley, who has worked at Powell’s for 14 years, has seen the annual Christmas gift-buying scramble at close range. “As you get closer to Christmas, you can feel the desperation building,” says Donley, who supervises the store’s new book purchases. “You can see it in people’s eyes. We’re open Christmas Eve, and that’s when it reaches a frenzy. People are just running around the store, rabid. They’re just grabbing anything.”

To take advantage of the holiday crowds, publishers make sure they have new books from their hottest authors ready for the Christmas season, which, in the publishing world, begins in October and ends by mid-November, by which time the prime retailing space in most stores is already spoken for. Virtually nothing is published in December itself. “We’re reliant on book reviews and media to inform consumers that a new book is out, and during the holiday season people get distracted,” explains Rhorer. “They have shopping, they have parties, they have dinners and family travel, and it’s much harder to get consumer attention in that month.”

But if the flood of Christmas shoppers lifts all literary boats, publishing insiders know that some books do better than others during the holiday. For instance, 70 percent of all cookbooks are published in the last quarter of the year for the Christmas season, according to Donley. Illustrated coffee-table books are also big-sellers, as are humor titles, and children’s books.

These are all, in a sense, contemporary equivalents of the 19th-century Gift Book, large, beautifully presented compendia of useful or entertaining information aimed at carefully calibrated segments of the population of common gift recipients. Add an inscription saying who the book is for and why, and you might as well be back in 1825.

Not all books work as gifts, of course, and people in the book business know that certain perennially popular genres actually trend downward during the holidays. Diet books, for instance, languish on shelves in December, as do most self-help and personal finance titles. “No one wants to give a gift that says, ‘Here, get your financial life in order.’” Rhorer says.

After the holiday, bookstore sales pick up again, but now customers are buying books for themselves, often with gift cards they received as presents. A few years ago, when Kindles and iPads were still a novelty, people gave the devices as Christmas gifts and publishers saw huge spikes in online sales in the week after Christmas as readers downloaded books onto their new devices. That trend appears to be abating as the market for reading devices becomes saturated, but at Powell’s, which sells both new and used books, sales of new books rise before the holiday and dive again afterward. “When you’re buying someone a gift, you don’t want to give them a used book,” explains Donley. “After Christmas, when people are in stores with the gift cards they got or with returns, they’re buying for themselves, and then used book sales take off.”

So this Christmas, if you find yourself picking up a lavishly illustrated coffee-table book for a loved one or a boxed set of Dr. Seuss books for the newest addition to your family, remember that you are entering into a commercial tradition that dates back to the very earliest days of the modern Christmas celebration.

Michael Bourne is a contributing editor to Poets & Writers Magazine and a staff writer for The Millions. His essays and reviews have appeared in The New York Times Magazine, The Globe and Mail, Salon, and The Economist online, and his fiction has appeared in December, The Southampton Review, and Tin House Flash Fridays. 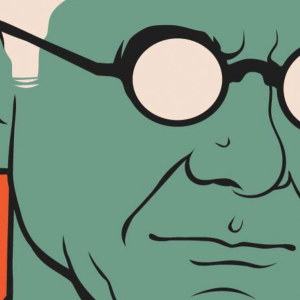 It’s a great week for Anonymous authors. The Story of the Lost Child, by Elena Ferrante, the pseudonymous author of The Neapolitan...
© LitHub
Back to top