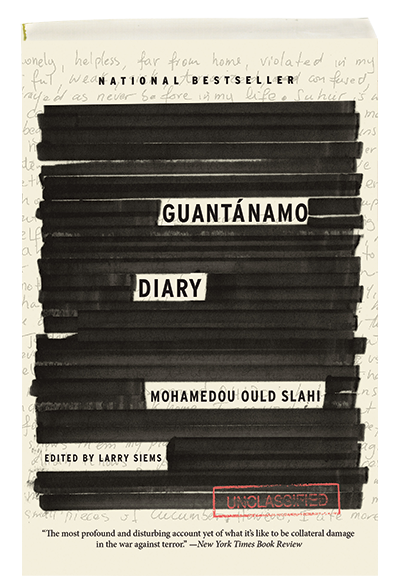 The following is from Mohamedou Ould Slahi’s Guantánamo Diary, now out in paperback. Since 2002, Slahi has been imprisoned at the detainee camp at Guantánamo Bay, Cuba. In all these years, the United States has never charged him with a crime. Although he was ordered released by a federal judge, the U.S. government fought that decision, and there is no sign that the United States plans to let him go.

Guantánamo Diary chronicles Mohamedou Ould Slahi’s “endless world tour” of detention and interrogation, an odyssey that began when he voluntarily reported to a police station in Nouakchott, Mauritania on November 20, 2001 and included renditions to Jordan, Afghanistan, and ultimately to Guantánamo. From May 2003 through early 2004, he was subject to a “Special Projects” interrogation in Guantánamo that has been described in detail in declassified government documents and that included extreme sleep deprivation, physical and sexual abuse, threats to his family, and a fake rendition meant to make him believe he was being disappeared. This excerpt, describing events in September 2003, takes place in the days following that staged disappearance, in the same isolation hut in GTMO’s Camp Echo where two years later he drafted the 466-page handwritten manuscript for Guantánamo Diary. The black boxes in this passage are among some 2,600 redactions the U.S. government imposed on the manuscript when it was declassified and cleared for public release in 2012; the footnotes reference official documents that contain additional information or corroborate Mohamedou’s account.

From GUANTÁNAMO DIARY. Used with permission of Little, Brown and Company. Copyright © 2015 by Mohamedou Ould Slahi. 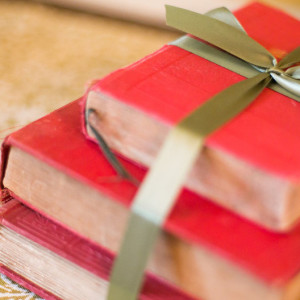 How the Book Business Invented Modern Gift-Giving We’ve all been there. It’s Christmas Eve, and you’re down to the last few names on your gift list. Maybe you need a present...
© LitHub
Back to top
Loading Comments...