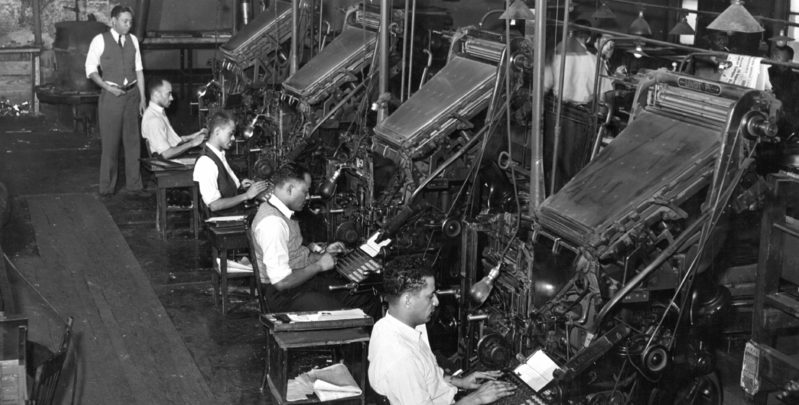 How the Black Press Battled Military Discrimination and Won

The morning after Pearl Harbor, with American ships still smoldering in the Pacific, twenty African American editors, publishers, and columnists met with Army leadership at the Munitions Building in Washington, DC.

Their meeting had been scheduled more than a month before by Truman Gibson, a member of President Franklin Roosevelt’s so-called black cabinet, who felt “rancor and bitterness . . . were rife among black men to a degree whites couldn’t appreciate.” He wanted to alert the War Department to what segregation, discrimination and lynchings were doing to black morale and what it meant for the nation’s nascent defense efforts, so he brought men from the Pittsburgh Courier, the Chicago Defender and the Baltimore Afro-American, the leading lights black journalism, to Washington for roundtable discussions with representatives from the Bureau of Public Relations, the Morale Operations branch and other agencies.

The black press, in the 1930s and 1940s, had a hold over its readers rivaled only by the church. Roughly one-third of all African American families in cities subscribed to a black newspaper and shared them with those who could not afford a subscription. Porters on Pullman railroad carriages hauled copies of the Pittsburgh Courier and Chicago Defender to the rural South. They were read aloud to those who could not read themselves. They were available in barbershops, churches, lodges, and pool halls.

And in the years leading up to World War II, the black press had made military discrimination its chief political priority, hounding the Roosevelt administration for equal opportunity and reminding their readers that the president’s calls to defend democracy were every bit as needed in Alabama as they were in Europe.

It seems anachronistic today as local newspapers are shuttered or gobbled up by corporate titans beholden to shareholders, but in the early 20th century the black press was a formidable force and a voice for an oppressed minority only two generations removed from slavery. It was their concerted and persistent effort that helped pave the way for the Golden Thirteen, the first black officers in the US Navy, who were commissioned in early 1944.

A black man had graduated the United States Military Academy at West Point in 1877 and the Army had its first black general in 1940. But when the black pressmen traveled to Washington, African Americans were not even allowed to enlist in the Navy’s general service. They were relegated to messmen: cooks and waiters whose chief function was to serve whites.

President Roosevelt, concerned about black morale and the message his current policy sent, pushed the Navy to find more opportunities for black men.

The black press exposed both the hypocrisy of this arrangement and the miserable treatment these messmen received aboard ship. Just before the 1940 presidential election, Robert Lee Vann, the influential publisher of the Pittsburg Courier, printed a letter from 15 messmen aboard the USS Philadelphia in which they detailed their shabby conditions and discouraged black men from enlisting in the Navy. “All they would become is seagoing bellhops, chambermaids and dishwashers,” the messmen wrote.

Vann turned the “Philadelphia Fifteen” from a story into a symbol.

“They have cried out against this persecution and reached their people through the medium of this newspaper,” Vann wrote. “They have given us the information from first hand that we need in order to understand how to fight and defeat this octopus of Navy Negrophobia.”

That became the unrelenting mission for the black press. The Crisis, the official magazine of the NAACP, noted that African American taxes supported a Navy Academy where their boys could not attend. They helped pay to train thousands of white boys, who would learn skills valuable long after their service ended, even as their own sons were denied those same opportunities.

“This is the price we pay for being classified as a race, as mess attendants only!” the editorial said. “At the same time we are supposed to be able to appreciate what our white fellow citizens declare to be the ‘vast difference’ between American Democracy and Hitlerism.”

The black pressmen, who arrived in the nation’s capital for their meeting with the War Department, assumed Pearl Harbor would signal a paradigm shift. With the nation fighting a two-ocean war and in need of every man’s effort, surely, they thought, the segregation, humiliation, and violence would be a top concern.

“The Army is not a sociological laboratory,” he told them. “Experiments, to meet the wishes and demands of the champions of every race and creed for the solution of their problems are a danger to efficiency, discipline and morale and would result in ultimate defeat.”

The editors and publishers were horrified and told their readers that if black America was going to buy war bonds and sacrifice its boys on the battlefield, then it must “be a sacrifice for a new world which not only shall not contain Hitler, but no Hitlerism. And to thirteen millions of American Negroes that means a fight for a world in which lynching, brutality, terror, humiliation, and degradation through segregation and discrimination, shall have no place—either here or there.”

Their frustration was personified seven weeks later when James Thompson, a twenty-six-year-old black cafeteria worker at the Cessna Aircraft Corporation in Wichita, Kansas, wrote a letter to the Courier wondering whether he would be “demanding too much to demand full citizenship rights in exchange for the sacrificing of my life.”

Thompson pointed to the “V for Victory” sign on display in countries fighting tyranny and said that African Americans should adopt a double V for a double victory. “The first ‘V’ for victory over our enemies from without, the second ‘V’ for victory over our enemies from within,” he said. “For surely those who perpetuate these ugly prejudices here are seeking to destroy our democratic form of government just as surely as the Axis forces.”

The Courier soon announced its own Double V campaign and within a month the newspaper was running several Double V stories, photographs and drawings.

The Negro Baptist Council designated Easter Sunday, 1942, as National Negro Double Victory Day, and the Courier printed a drawing of two people standing on a hillside looking upward at Christ, who is emerging from a cloud holding a V in each hand.

President Roosevelt, concerned about black morale and the message his current policy sent, pushed the Navy to find more opportunities for black men.

Two days after Easter, Navy Secretary Frank Knox announced the Navy would for the first time open the general-service ratings to black men, training them as quartermasters and engineers, teaching them to navigate a ship and repair a boiler.

It was a victory for the black press but a tainted one, for training would remain segregated and black enlistees were prohibited from serving aboard ship.

The black press condemned the plan saying it merely extended segregation instead of eliminating it. The Chicago Defender told its readers that the new policy was a “weak and futile gesture which can in no way claim to pacify the resentment and indignation of the mass of Negroes.”

Even after The Double V campaign subsided in the summer of 1942, the black press regularly printed stories about the military’s mistreatment of black men, and the Navy provided plenty of copy.

The political pressure and desperate need for more men forced the Navy to relent yet again.

Commissioning black men in March 1944 did not end racism in the Navy. But it marked a significant triumph for the black press and anticipated the coming civil rights movement.

In January 1944, the Navy summoned sixteen black men and told them that they’d been selected for officer candidate school. These were not career military men. Prior to the war, they were metalsmiths, teachers, lawyers, college students, men who had witnessed lynchings and been denied jobs because of their skin, men who were segregated and humiliated even after enlisting.

But when the opportunity to break the Navy’s most rigid color barrier was presented, they swore they’d work harder than they ever had — for their own sake, for the countless souls who fought to make this moment possible and for the all the black men yet to come.

Their training was to be a secret but the news leaked.

The Norfolk Journal and Guide had the scoop and told readers that the “appointment of Negro officers … will be one of the most significant and compelling representations this government can make to the minority peoples of the world that its proffers of benevolence to them might conceivably be sincere. … Let Goebbels put that in his microphone and play it.”

Commissioning black men in March 1944 did not end racism in the Navy. These groundbreaking ensigns were refused housing, prohibited from officers’ clubs and denied a chance to prove their mettle in combat. White enlisted men crossed the street to avoid saluting.

But it marked a significant triumph for the black press and anticipated the coming civil rights movement. The Chicago Defender correctly surmised that by having black men wear the gold stripes the “United States Navy is moving closer to the principles of Democracy by gradually erasing its color line.” 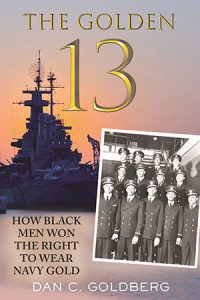 Essay adapted from The Golden Thirteen: How Black Men Won the Right to Wear Navy Gold, published by Beacon Press. Used with the permission of Beacon Press. Copyright © 2020 by Dan C. Goldberg.

Leslie Jamison is Waiting For the Emergence of a Different World 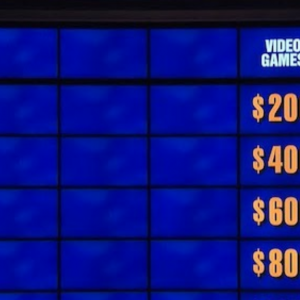