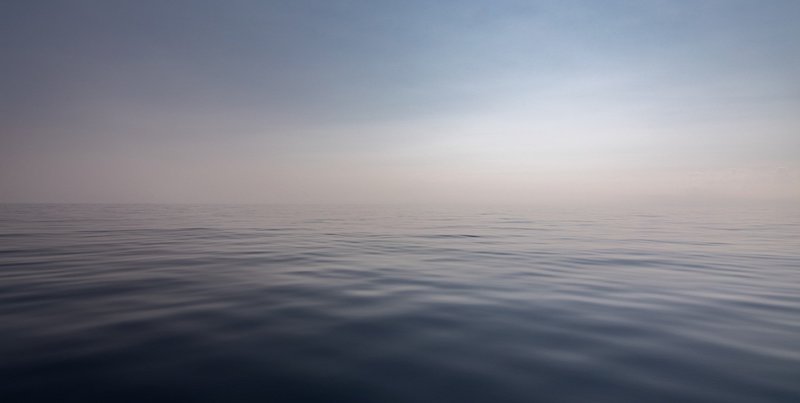 How Stories Create Individual and Collective Pasts, Presents, and Futures

Some Fulani clans insist the universe was created from a single drop of milk, out of which came blindness, sleep, pride, worry, and death: all the natural nemeses of men.

Gizo, a trickster spider, employs clever deceptions in pursuit of prey or easy profit. If you hear a noise late one night like a baby crying outside—no matter how pathetic the wail—you must ignore it.

There is one uncle no one in my family visits because his house sits as the end of a road full of frogs, and there you hear only the sound of bodies popping beneath car wheels.

And what if the wind is powered by manipulative spirits of the Sahel, who whisper of wealth but seek to vex and devour?

Such are the stories I would hear about my family and native Nigeria during the decades we spent adrift—unreal, sometimes lurid, always labyrinthine accounts that drew and repelled me.

I was born in Maiduguri, Nigeria—birthplace of Boko Haram, the terrorist militia that specializes in kidnapping the girl child. A concoction of three religions, four languages, and thirty-two addresses across three continents made me who I am. For the first decade of my life, I was raised in England until my immediate family moved to the USA, our final adopted home. Too many to count—the phone numbers; postal codes; zip codes; area codes; ways of thinking and being in Africa, Europe, and America.

A concoction of three religions, four languages, and thirty-two addresses across three continents made me who I am.

Answering the question “Where are you from?” has never been easy. My history straddles dueling cultural systems: I am a dual citizen of Nigeria and the United States. I’ve been told by paternalistic Nigerians that I am not “really Nigerian”; xenophobic Americans imply I’m not a “real American.”

Restlessness, rootlessness. In this country, I’ve lived in Nashville and New Haven; Mystic and Maryland and Manhattan; Koreatown, Los Angeles; Detroit on the riverfront with clear Canada views; the Brooklyn before the Brooklyn now; Chicago. My parents and both siblings eventually put down roots twenty years ago within the large West African community surrounding the American capital.

But I remain shiftless. I meander and move for work, school, love. I inherited a spirit of such extreme exophoria— that uncontrollable tendency of eyes to gaze outward. My ancestors were traders and herdsmen who roamed the Sahara in search of water. My immediate family and I are transcontinental nomads, relentless in our own pursuit of something less material. Only five of us migrated to this part of the world.

We seek a real and imagined country.

Still, the closest thing to “home” I have found are the dreamlands called California. Five hundred years ago, a famous Spanish fairy tale drove early modern men—in all their madness—to pursue a prophesied utopia. European explorers scouting the American West sought a legendary California: an enclave almost Eden, where the only metal found was gold. When they came upon the place they decided must be their promised land, they named it “California”—manifesting an object of exquisite desire into reality. California is thought-form: conquistadors wanted something so badly that they made it concrete. They created their own golden state, their golden beginning.

I might remake it into some form of a happy ending.

Myths; maps; etymologies; genes—all the ways I have tried to tell the story in me. I am a product of the past and peregrination. I have had to confront many things about my family or about myself I once considered consecrated truth. I work with poetic license; deal in false information; traffic oblique or outright lies.

When I write, I write the same sentence over and over in a process of revisionism, inching closer to truth. Consider this claim: “I was raised a Christian because my grandfather was the only successful convert of missionaries who visited his village, buried within the Islamic stronghold of Northern Nigeria. His apostasy in 1955 was not well received. He hid in a tree after converting; relatives tried to poison him for treachery.”

I first wrote that down half a lifetime ago. In each retelling of our familial “facts,” the story changes slightly or significantly—maybe someone misremembered the day or century. My grandfather was one of few converts, but he was not the only one. And it was not only him who had to hide in that tree, but him and my grandmother both. They were married; she was thirteen or fourteen, so much younger than I thought.

Understanding where we are from—who we are—is a task of nuance and nuisance.

“Nigeria” is a fraudulent simulation of the British Empire. Its legacy is incongruity; it is arbitrary. If “Nigeria” as a country doesn’t make any sense, then it is never enough for one to simply know, or to simply say, that one is Nigerian without further explanation. Understanding where we are from—who we are—is a task of nuance and nuisance. The many influences that inform my ethnicity reflect a millennium of cultural melee. When I began this project, I could not authenticate my mother’s birth date.

If this all sounds confusing, it is—even to us Nigerians. We come from a nation better perceived in dreamscapes: Nigeria was made in myth. A storytelling tradition forms the foundation for any sense of Nigerian identity. Our nationality is unnatural—so narratives must make this nation.

Nigerian stories are architected over time, tellers taking elements of truth and shaping them into fables—tales with a moral lesson animated by animals and objects, gods and ghosts. In West African fables, humans meet helpful half-men, busybody demons, meddling ancestors. In fantastic settings, creatures contend with each other as allies or saboteurs. In my father’s tribe, official storytellers were local celebrities, famed by festivals where they showcased songs and stories in rhythm, in dance. Orators were usually the oldest people, but merit played a part in their selection, as stories were performance art as well as edification. These elders recognized tribe members who had done something noteworthy and incorporated their experiences into tales. When my grandfather suffered a stroke and forgot how to speak three of the four languages he knew, storytellers spoke of the blessing in a quieted mind.

These chroniclers—tasked with sharing information about war, wrestling contests, and the hunt—were the record keepers of the tribe. Storytellers collaborated with village chiefs to establish, then perhaps embellish, the important “facts” of the stories they told. Their stories were performed in both the tribal dialect and the lingua franca of the area, so even outsiders might understand. Children learned and repeated lyrics, committing them to common memory. A song was composed to insult or challenge another clan. Another song was written to counter an insult perceived; this back-and-forth went on for generations.

Late in the year, after the crops had been stored, came the appropriate time for telling. Under the moon following harvest, these storytelling sessions were one of the few times everyone left their farms unattended to gather together. Moving from one village to the next while listening to neighboring clans’ stories, one could perceive subtle differences in their ideals and ethics.

My directive is unearthing—the root of a thing, a name or a narrative.

This communal tradition began dying out soon after the arrival of missionaries and modernity and is seen no longer in my father’s region. Nigeria’s indigenous mythology remains under threat across both its north and south—condemned by Islamic and Christian authorities alike in favor of their respective gospels. Wherever the Bible became the gospel truth, our mythos was marked untruth.

I turn my hand to a new narrative of my own making.

This is the great undertaking of Pan-African literatures. Africa is not a country: so goes a long-running joke amongst its natives. Of course, it is a continent of fifty-four nations—but one so often undifferentiated or presented as a monolith. Africa is routinely flattened in representations that cater to a Westernized world audience. Homogenization ignores Africa’s contours to churn out those easy tropes and stereotypes.

Those fly-studded children begging for charity; distended bellies in famine; and all time is wartime; and everywhere apocalypse. Framed within such false devices, a story becomes untold.

I am charting the far-flung corners of the Black Diaspora that I inherit and inhabit. I present you variants of truth—possible, probable, and implausible versions of history. Origin stories extracted from everything that I’ve been told, that I have chased down. Many stories ensconced within the North of Nigeria have only been passed down orally until now, the time of this writing. My directive is unearthing—the root of a thing, a name or a narrative. In my engagement with the past, I pivot away from nostalgia. I want to pull something useful—elemental—out of this maelstrom: into the afterlight. 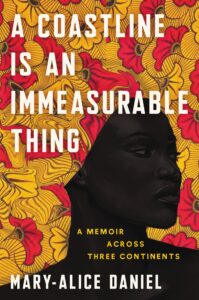 Excerpted from A Coastline Is an Immeasurable Thing by Mary-Alice Daniel. Copyright © 2022. Available from Ecco, an imprint of HarperCollins Publishers.

Mary-Alice Daniel is an American African poet with a PhD from the University of Southern California. This is her first book. 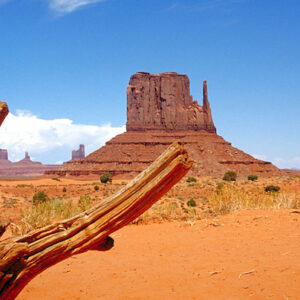 The Southwest has always loomed large in the American popular imagination. It’s a region of alien-looking natural landscapes,...
© LitHub
Back to top
Loading Comments...