via The Cosmic Library

How Stories Can Transcend Author, Culture, and History

Part Five of “The Worlds of Scheherazade”

The 1,001 Nights are not typically about conclusions, but about the suggestion of more stories, more information passed from person to person, language to language. In this, the last episode of this season, Mazen Naous—a scholar whose specialties include the Nights—points out the implication of the phrase “thousand and one nights”: “There’s always one more story, always one more story to be told, the stories have no beginning and no end. That’s partly why the Nights still inspire rewrites and reinventions and adaptations to this day.”

“I think the book doesn’t end,” says Yasmine Seale, translator of the Nights, here. “The force of this work, and what’s so strange and uncomfortable about it, is that it’s a book without an end, without resolution, without conclusion.”

That openness makes the Nights a work in which you can ramble and find, maybe, anything. Hearty White, of Miracle Nutrition on WFMU, compares such reading to other sorts of study: “When you’re talking about Bible stories, you’re not talking about Bible stories at all. It’s an excuse to talk about other things. It’s just a jumping off point. And so what you do is go into excruciating minutiae as a way of opening up—it’s a key, and you use it to open up a tangent, and that tangent takes you to marvelous places. And then I found out you can literally do it with almost anything that’s complicated . . . And you just descend, infinitely, in between the words.”

The Nights were compiled in a way that supports this kind of reading, this kind of thinking. They’ve been added to, changed, adapted in ways that obliterate any straightforward authenticity or moral simplicity. Reading the Nights, then—and talking about the Nights—means accepting something challenging: stories can exceed easy notions of an author, or a culture, or even history. Stories can, in short, let you participate in experiences far beyond them.

Jessica Nordell and Emma Dabiri on Moving Beyond Racial Bias 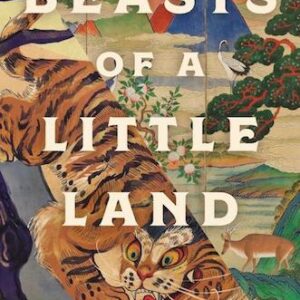 Every human being fundamentally believes in his or her unique and inherent significance, without which life would be unbearable;...
© LitHub
Back to top