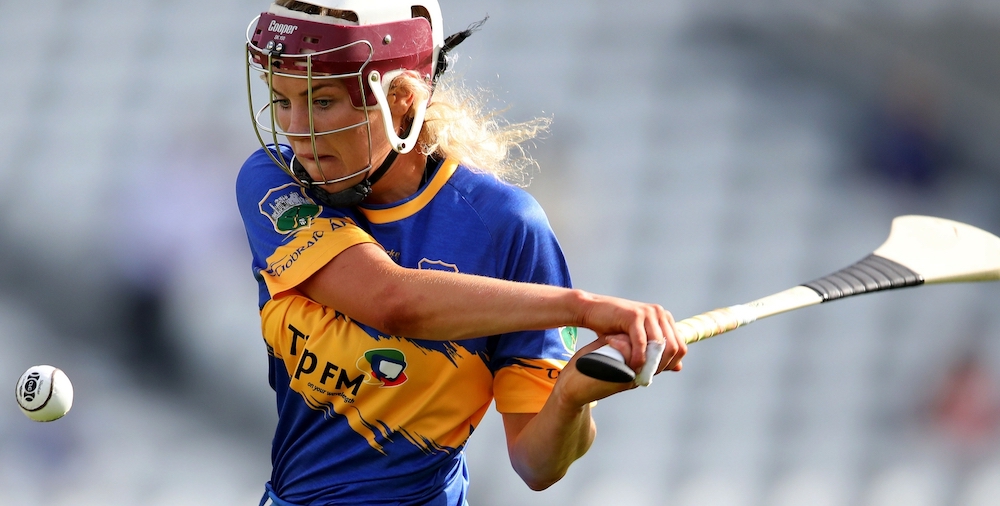 Several times a week, I pick up my hurley and sliotar—a stick and a ball—and go to the large blank wall on the road behind my house. For ten minutes, I hit the ball against the wall with the hurley, catch, repeat. Puck, catch. Puck, catch. It is repetitive. It is monotonous. While I’m doing it, I don’t think of anything else. It’s the closest thing I have to meditation or prayer.

Hurling is a field sport native to Ireland that (visually at least) resembles a combination of hockey, lacrosse, and rugby. It’s renowned for its speed and physicality but I love its delicacy; it’s a game that rewards quick thinking and lightness of touch as much as it does power. It’s the sport I played as a child; that I inherited from my father and his father; that animated the village I grew up in; that obsessed me and shaped my identity; that has, on occasion, broken my heart; and that I can’t quite move on from even now, despite being in my thirties with my best sporting days behind me. Sport does that. It imprints itself in the muscle memory, imposes its own discipline, and forms a framework for seeing and navigating the world.

The initial seed of my debut novel Holding Her Breath was poetry. What would it be like, I asked myself, to be related to one of the world’s poets—a Heaney, say, or a Plath? To live in the refracted glamour of such a figure, and for everyone you meet to feel an attachment to—or have some opinion on—your relative? I was drawn to the strangeness and privilege and also the burden of this scenario.

Sport inevitably found its way into the novel, however. In fleshing out my protagonist Beth, the granddaughter of a tragic Irish poet named Benjamin Crowe, I knew instantly that as well as having a literary identity, she would be a sportswoman. Beth is a swimmer, though—not a hurler. I wanted a little bit of distance in the narrative; I wanted to tell Beth’s story, not my own.

When we meet Beth at the beginning of the novel, she is swimming alone in the campus pool, quite literally testing the waters. Having been on track for Olympic qualification, she quit suddenly the previous year, for reasons that emerge over the course of the novel. But swimming is still a foundational part of who she is: “It wasn’t the act of swimming that had been the problem, it turned out; it was everything around it. It was the specter of her potential rippling after her, impossible to shake off.”

Like Beth, I reached a high level in my sport before crashing out in my late teens, unable to cope with the pressure and the prospect of failure. And like Beth, I still feel very much drawn to hurling despite it all. I was interested to explore the complex relationship many women have with sport, as well as the loneliness and self-reliance that may come with it. Further, I wanted to write about what it meant to quit. What does it mean to lose that identity—that anchor? In what ways do you hold on, and in what ways do you let go?

Even when you quit sport, the body keeps the score.

Beth’s push-pull relationship with swimming is one of the novel’s driving themes. Swimming has become highly compromised for her—by competition, failure, and external pressures—but the water is also where she feels most at ease, most herself. When she’s not in the pool, the repetitive motion of pacing the floor and touching the wall is something that grounds her when she’s anxious. Even when you quit sport, the body keeps the score.

It’s only in more recent years that I’ve realized how profoundly sport has shaped me as a person, even after quitting. Sport makes you navigate the world differently; you look at your body more through the lens of utility than beauty. I don’t think any young woman is immune to the many toxic messages about desirability, weight, and physical vulnerability that we receive from the world around us, but if you’re involved in sport, you at least have a convincing counter-narrative to those messages. It was important to me that Beth was physically strong and capable, that she knew it, and was able to unapologetically take up space in the world.

Just before Holding Her Breath was published in Ireland and the UK in June 2021, Naomi Osaka announced that she would not be conducting press conferences at the French Open; when she received backlash and was fined for this stance, she withdrew from the tournament, citing mental health reasons. A month after the book’s release, Simone Biles, easily the greatest gymnast of her generation (if not all time), bowed out of most of her events at the Tokyo Olympics, saying, “it’s okay sometimes to even sit out the big competitions to focus on yourself.”

That same month, Emma Raducanu made the decision to withdraw from her fourth-round match at Wimbledon, suffering from stomach cramps and breathing issues; after receiving a predictable mauling in the British press, she stormed back two months later to win the US Open. And this spring, world number one Ashleigh Barty quit tennis at age 25, saying, “I don’t have the physical drive, the emotional want and everything it takes to challenge yourself at the very top of the level anymore. I am spent.”

To me, each of these occurrences felt surreal. The world’s greatest female athletes were courageously evoking the power of saying no, of picking their battles, of listening to their bodies and minds. They were demonstrating the power of quitting.

In Holding Her Breath, I hoped to explore how sporting failure can sometimes not be failure at all, but the most personal kind of success. Over the course of the novel, Beth keeps dipping her toe back into the pool, trying to re-establish her relationship with the water, but on her own terms this time. In the end, she returns to swimming not because she’s the best at it, but because it’s part of who she is. I go to the wall with my hurley; Beth swims her laps. Gradually, through repetition, we come back to ourselves. 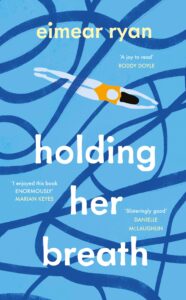 Eimear Ryan's writing has appeared in Granta, Winter Papers, The Dublin Review, and The Stinging Fly. She is the 2021 Writer in Residence at University College Cork. She is a co-founder of the literary journal Banshee and its publishing imprint, Banshee Press. A native of Co. Tipperary, Eimear now lives in Cork city. 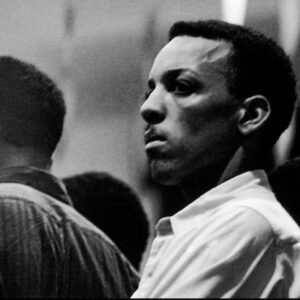 There’s a video of James Baldwin interviewing a stranger with my daddy’s face that will one day be my face. The VHS tape...
© LitHub
Back to top
Loading Comments...