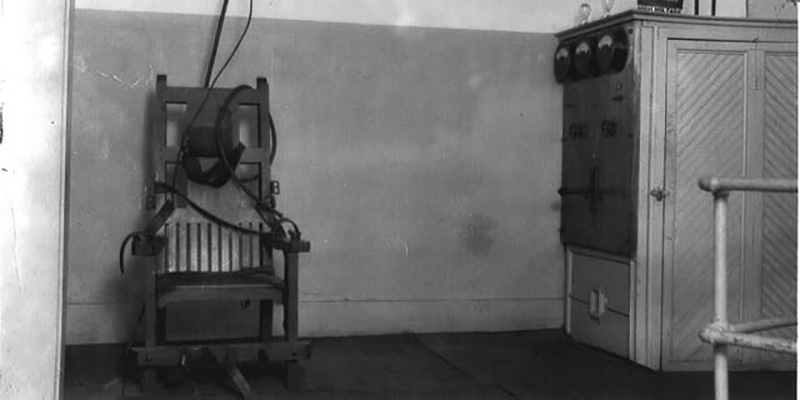 Ellen McGarrahan was a young reporter at the Miami Herald when she volunteered to witness the execution of Jesse Tafero, who’d been convicted of killing two police officers. That execution went horrifically awry, and watching it changed the course of Ellen’s life. She left journalism, became a private investigator, and reinvestigated the murders attributed to Jesse Tafero, in an effort to determine whether she’d witnessed the execution of an innocent man. Ellen details her reexamination of the crime, and the surprising evidence she uncovered, in Two Truths and a Lie: A Murder, a Private Investigator, and Her Search for Justice, an Edgar Award finalist, a New York Times Book Review Editor’s Choice, and one of Marie Claire‘s 10 Best True Crime Books of the Year.

In this episode of Book Dreams, Ellen talks with hosts Julie Sternberg and Eve Yohalem about the reasons that Jesse Tefaro’s execution “began to really feel like a haunting”; the forces that drove her to put her life on hold 25 years after his death to re-examine the crime that two noted death penalty scholars and many others believed he hadn’t committed; and the investigative skills she used to uncover evidence that goes far beyond what was revealed by the criminal justice system.

Ellen McGarrahan: The electric chair in Florida was in a town called Starke, which is a really rural place and it’s not close enough to anything to be able to kind of go there and back, at least to where I was working. I was in Tallahassee. So I drove across, the panhandle of Florida, through the woods at night and ended up in a kind of a ramshackle motel on the outskirts of Starke, where I spent some very restless hours.

And I got up early. We had to be at the prison–the media witnesses–at the prison outside while it was still dark. The execution was scheduled for 7:00 in the morning. So we got there before dawn. We stood in the field, outside the prison. Remember there was white mist rising from the grass, and the prison across the road was completely lit up like a firefight. You know, it was just a beacon, bright—

Ellen McGarrahan: —bright light, surrounded by barbed wire that was shining. The prison van came out through the gates to pick us up. And then we went back through the gates and, we went through a metal detector. We went into a little room where we were, kind of strip-searched. I was patted down underneath my shirt to make sure that I wasn’t carrying any weapons. And then we went back through the metal detector again. And we went down into a small little room to wait where we met with the prison spokesman.

And he told us about Jesse Tefaro’s last meal and that the governor had not issued a stay of execution. … I could hear the doves outside the barbed wire fence in the woods surrounding the prison. And we came around the back of the prison to Q Wing, which was one separate room. It was like a little small building. And that’s where the electric chair was. We came in, and I was really surprised at how large the chair was. You know, I hadn’t imagined that I’d be really right up close to it. But it’s very large. It’s dark. It was bristling with straps and electrodes and it’s behind a sheet of plexiglass.

And the witness chairs were just folding chairs on the other side of the sheet of plexiglass. So it was all like a really small, really close together room. And I took a seat by the window in the third row back. And at exactly seven o’clock, the door in the back of the death chamber opened, and they brought Jesse Tefaro in. He was between two guards. He was struggling. He was looking back down the corridor like he didn’t wanna turn around and looked at the chair. But the guards turned him around. They made him look at the chair. They walked him over and they sat him down. And as they were strapping him in, he looked at every witness who had come to see him.

He kind of looked directly at every single person. And I could see that he was gonna do that, um, that he was gonna look at me because he was very clearly like, you know, you could see him look-looking people in the eye and then, you know, moving to the next person, the next person, the next person. So when his gaze fell on me, I looked back at him because that was probably the right thing to do. And then they put a microphone in front of his face. He said his last words. And then they gagged him, and they put a hood over his head. And then they took a long black wire that ran from a junction box in the back of the death chamber. And they screwed it onto a headpiece that had been strapped onto, you know, it was strapped onto his skull. It was under the hood.

Ellen McGarrahan: And then they turned on the power.

Ellen McGarrahan is the author of Two Truths and a Lie: A Murder, a Private Investigator, and Her Search for Justice. She worked for 10 years as an investigative reporter and staff writer at newspapers, including The Village Voice, The Miami Herald, and SF Weekly. In 1996, she began working as a private detective and has since founded a private investigation agency. 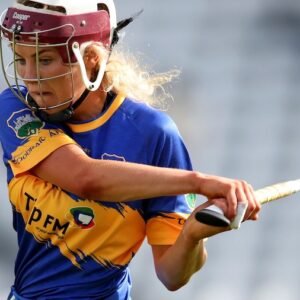 Several times a week, I pick up my hurley and sliotar—a stick and a ball—and go to the large blank wall on the road behind...
© LitHub
Back to top