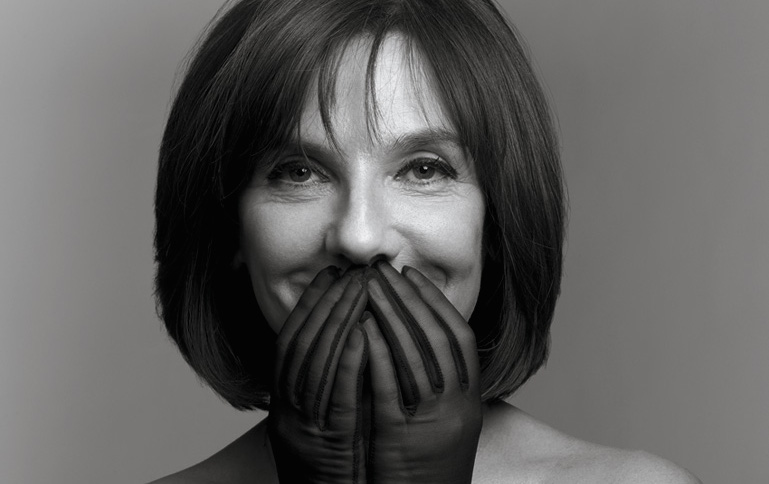 How Sophie Calle Became an Artist

From Radical to Barmaid to Photographer

The following interview appears in issue 96 of BRICK, which hits stores in the first week of December.

Before people started telling her she was an artist, Sophie Calle was a young woman with a camera, an unusually intense curiosity, and time on her hands. In the late 1970s, finding herself at loose ends in Paris, she started playing games with unwitting strangers. She followed them through the streets of the city, keeping notes on their movements, eating where they ate, seeing who they met. She secretly pursued one man all the way to Venice, recording his activities. Another time, she took a job as a hotel chambermaid, photographing the belongings of hotel guests in the rooms she cleaned. It all seemed more like the hobby of a budding private investigator than of an artist.

Eleanor Wachtel: Growing up in Paris, home to some of the world’s most famous galleries and museums, you never went to visit them, as I understand.

EW: You weren’t drawn to art in that way, but do you remember what you did want to be?

EW: In fact, when you were 18 you went to Lebanon.

EW: What did you do there?

SC: It’s a little complicated. I am Jewish, but when you were from the extreme left movement in the 1970s, to be pro-Palestinian was like a package deal. If you were left, you were pro-Palestinian. Actually, I am still, with better understanding. But my grandparents sent me to Israel when I was 15. They wanted to support Israel, but they didn’t want to live there, so they sent money and me. And I didn’t like it. I wanted to meet Palestinians, to understand what was happening on both sides. So I went to Lebanon, and it’s so long ago, it’s so extravagant. I mean, I joined a group to learn how to fight with the fedayeen. I understood quite quickly I would not fight, but . . .

SC: Because first, I was not ready to give my life, and I was afraid. Also, I understood that it was not precisely my fight, and that it was a very adolescent romantic desire. It was not my reality. And also, I could not even carry the guns. They gave me a machine gun, a Kalashnikov, and I needed my two hands just to carry it, so it was completely . . . It was all absurd.

EW: And after that you traveled around for some years. How did you discover photography?

SC: After Lebanon, I travelled for a few years. In America, I was a barmaid. In Mexico, I was working in the fields. In Crete, I was working with fishermen. I was doing more or less the most obvious work, playing a game in a way, and also those jobs were the easiest to find.

And then I arrived in Bolinas, California. It’s north of San Francisco, a very strange, incredible village where many American poets lived, and I rented a house there that belonged to a photographer. So the obvious thing for me to do in that house was to use the camera, the darkroom. And I photographed the graveyard because I like graveyards. I took pictures of strange graves that said only “Father,” “Mother,” “Brother,” “Sister,” “First Wife.” I found it striking, you know, the image of a grave with no name; and when you are a sister, you can also be a daughter, and maybe also a mother, and maybe also a wife, so why were they frozen like that?

So I photographed those graves because of my attraction to them, and because I was living in a photographer’s house. And my father had always told me that, in my travels, the day I knew what I wanted to do, that day he would help me. I had been struggling, working and surviving on my own, and I think I was ready to go back to France, so I spoke to my father, and told him that I had just started photography, that I liked it, and he said then, “Come over, I’ll give you a roof in Paris, and I’ll feed you.” So that’s how I returned to France and stayed at my father’s house and started photography.

EW: And when you got back in Paris, you found a photography teacher of sorts?

SC: One day, I took one class. Only one day.

SC: I didn’t like it. What interested me in photography didn’t need a lot of technical . . . I mean, I still cannot even use a flash.

I was lost then. I didn’t know what to do. When I left Paris, as I said, I was a militant, so all I knew about Paris were the basements where we made posters or materials for the demonstrations, and that kind of thing. I didn’t know about the bars, the nightlife. I was dressed like a bag . . .

SC: No, like if I was wearing a bag. You know, I didn’t have clothes, I had black stuff, no shape. How do you say this?

SC: Yes, I was dressed like . . . I was not dressed. I knew nothing about Parisian life and the museums and all that. My father was an art collector, so museums were a little on the enemy side, the bourgeois. When I came back, I didn’t know where to go. Paris was like a new, foreign city. And because I was so depressed that I didn’t have the energy in the morning to think, Okay, I’m going to go there and I’m going to go to that museum, because I was too depressed to make a decision, I started to follow people to see where they would take me. I thought that if I followed people, at least I would use their energy as material for my days.

SC: Men, women, anybody. At first I didn’t take notes or photos, but very quickly I realized I really liked this, not to have to decide anything but to let them take me around. So I started to take notes and photos. And one day I thought I should stay with one of them, just to be more professional about my obsession. So I followed a man, but I lost him very quickly, and then I saw him again in the evening. I thought it was a sign. So that’s how it started, not as a–

EW: You followed him to Venice.

SC: Well, when I saw him in the evening, at a cocktail party at a photographic event, I heard him telling his friend, “Oh, I won’t be here next week, I’ll be in Venice.” So I went to Venice and I found him. But the project started more out of a lack of desire.

EW: Do you know what curiosity drove you? Did you worry that what you were doing was kind of crazy?

SC: No, because in the beginning it was nothing crazy. There is nothing crazy about following somebody to see a new part of the city.

EW: No, but, I mean, following this Henri, I think his name was, to Venice and finding what hotel he was staying in and setting yourself up across from the hotel.

SC: Balanced. I have a feeling of myself as a super-balanced person.

EW: Did you see it as an art project?

SC: The truth is that I don’t remember what I thought at the time. What I think is that it was not really an art project at all, but maybe because of my father and the fact he was collecting works of art, my eyes had learned a little about something like that. I don’t know. What I know is that I didn’t do it as an art project. Somebody, an art critic whom I met, saw behind it an art project for me. My two first projects—this one and the one asking people to sleep in my bed—I did them more to learn photography. 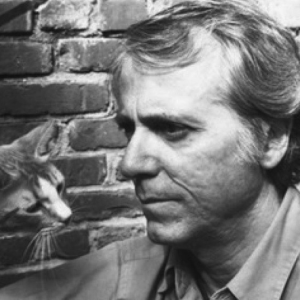 Paul Holdengraber calls Edwidge Danticat on the telephone, within minutes they're talking all about death. | Literary...
© LitHub
Back to top