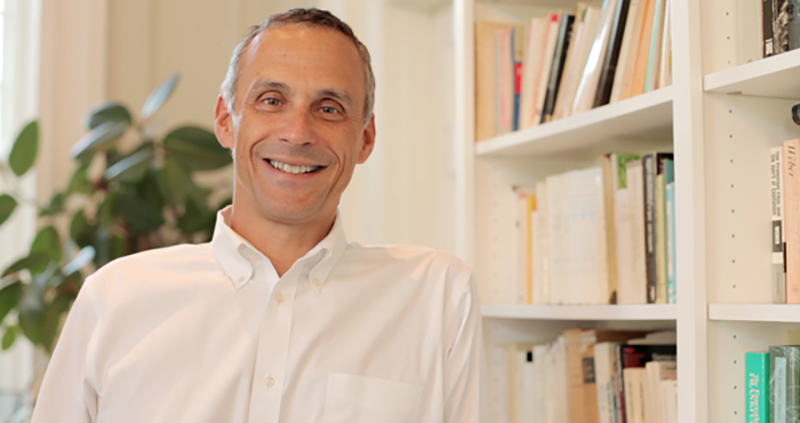 How Should We Define Free Speech at Universities?

Has confidence in our universities eroded? Is the price for making people feel included making universities inhospitable to controversial ideas? Have we become too politically correct or not politically correct enough? And, most critically, have our colleges become political institutions rather than institutions that are creating lifelong learners that are willing to engage in honest debate and equipped to effectively navigate in a heterogenous world?

In this episode of Just the Right Book with Roxanne Coady, Wesleyan University President Michael Roth joins Roxanne Coady to discuss his new book, Safe Enough Spaces: A Pragmatist Approach to Inclusion, Free Speech, and Political Correctness on College Campuses, out now from Yale University Press. His book presents a much-needed template for honest conversations, and he grounds these provocative topics in reality versus hype, and characterizes a path forward for our universities to fulfill their mission of developing self-awareness, subtlety of thought, and openness to the possibility of learning from others.

Roxanne Coady: You rarely run into anyone who is against free speech, but the question is how they define free speech. In the book you write, “Which actions count as speech to be protected and which count as actions with consequences that should be avoided or prohibited, and how do you figure that out?”

Michael Roth: This has been a topic in American legal history that from time to time gets enormous amount of attention, and in the last couple of decades it has received a tremendous amount of attention. The Supreme Court in particular has adopted a libertarian approach to free speech. There was a time where protected speech was thought to be political speech, and the boundary of protections expanded to artistic expression. For example, in the Citizens United case, the free speech was defined so as to include corporate spending on elections. The reason you couldn’t restrict corporate spending on elections because that corporate spending was a mode of free speech that the Court decided should be protected.

These are actions that could be seen as assaultive but if you define them not as an assault but as an expression they seem to be some kind of consideration under the realm of free speech. You could imagine an artist producing something on a 3D laser printer that is quasi-obscene, and someone like me could say that you can’t show that at a gallery in Wesleyan, but they can say that it’s freedom of expression. I have produced what you, Roth, think is obscene, but it is my expression.

What if they produce a working gun that shoots people? They can say, You don’t like guns but that is your problem. This is my expression.

The boundaries of speech are always defined by someone. Even the free speech absolutists at some point will say that I’m not going to protect child pornography or someone yelling “Fire” in a crowded bookstore. There is always a limitation. … At colleges and universities, we are always making judgements about what kinds of speech are educational for our students. We should air on the side of breadth and open our minds and thinking to new kinds of expression that might be educative, but that doesn’t mean that we have to open our minds so far that we can’t make judgements.

The free market approach to speech—the more speech you have, the better you’ll be—is really inadequate, and that’s not how universities work. We want a certain kind of speech which we have to make judgements on, which are moral judgements, educational judgments, and political judgements.

Roxanne: A lot of the hype that has been around free speech in colleges is that the contention that colleges are actually becoming very uninterested in free speech and more interested in speech that is their point of view? You have been very public about what has been referred to as affirmative action for conservatives and feel like that has to be brought to campus. Why do you think that there is so much buzz around the fact that kids are being ridiculous, coddled, and standing up to things that they don’t want to hear? Why do you think that’s such common currency, and if it is true how do you think that’s going to move forward?

Roth: I think the tendency of older people to look at college campuses and be bewildered about what goes on there has a long history. It goes back to at least the founding of the United States, where Thomas Jefferson would get notices from people at the University of Virginia that students were drunk again and attacking the English professors. He tried to figure out what to do about the boisterous and exuberant nature of the students at the University of Virginia. So on through the history of education in the United States, there is often a song that commentators sing that those kids today are doing things that we would have never have done and the country is going to hell in a hand basket based on the way that kids are acting today. … I think it’s just the nature of some people as they reach a certain age to find other people in their group to openly criticize college students.

Michael S. Roth is president of Wesleyan University and a historian, curator, and teacher. His previous books include Beyond the University: Why Liberal Education Matters.

When Your Family Figures Out You're a Writer... and Loves You For It 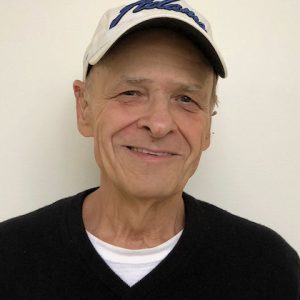 Two-time National Book Award-winning novelist Tim O’Brien published his remembrances of his Vietnam War experiences as a young...
© LitHub
Back to top