In my early teen years, one of the great treats of summer vacation was visiting my local library unaccompanied.

There, I could checkout books without my parent’s knowledge, burying titles like To Kill A Mockingbird and Great Expectations on my way home for late-night flashlight reading.

As a young gay boy growing up in the quiet suburbs, I hungered for the homoerotic. I wanted to read tales about gay men finding love, companionship, and self-realization in a larger unwelcoming world. I was then languishing at an all-boys high-school, overwhelmed by the intense bullying you can guess an effeminate 15 year old experiences. I was desperate to read of other gay men or to escape to a far-off world of other people also struggling with social acceptance.

I once surreptitiously took out a Robert Mapplethorpe coffee table book, a chunky volume cataloguing some of the queer photographer’s incandescent and highly sexualized work. But this pleasure was temporary; after serving its masturbatory ends, Mapplethorpe’s beautiful male subjects only reminded me of my own long and incomplete journey out of the closet. At the same time, I sought out stories about the sheer oppressiveness and caginess of the suburbs, like The Virgin Suicides by Jeffrey Eugenides, a chronicle of a group of sisters experiencing deep ennui beneath the surface of their white picket fence lives. This book, I recall, enveloped me much like the unforgiving heatwave we had that summer, reminding me of the limits of the my suburban world and my desire to escape it.

But beyond the luridness of Mapplethorpe’s photobook, and the angst of Eugenides’ suicidal teens, I more often than not craved books about women living as outsiders in their domestic surroundings. I felt inspired by their attempts to transcend the mediocrity of their environment and carve out better lives for themselves in distant cities and exciting new places. Having already worked through thumbed-over copies of Revolutionary Road and The Bell Jar, I began searching for other books exploring the lives of women in the small towns of America.

Peyton Place was one of them.

This 1956 novel by then-32-year-old writer Grace Metalious explored sex and scandal in a small provincial New England town. It depicted many of its female characters feeling lost and disenfranchised because of their town’s myopic and conservative attitudes about sex, identity, and womanhood. I relished it, completely mesmerized by the onyx black cover which was clearly emblematic of the sinful and scandalous contents it promised.

Peyton Place stirred up controversy wherever it was shelved as it dealt with otherwise unspeakable subjects like rape, murder, incest, abortion, promiscuity, and adultery. But in creating a scandal, it encouraged readers to interrogate their own experience with scandal in their neighborhoods. Although set in pre-WWII America, its socio-political tendencies were firmly those of Cold War America, as the anxieties and suspicions about the personal lives of the town’s women clearly reflect the containment politics of the era. At a time when homosexual men and a conspiratorial Communist infiltration were sources of national anxiety, Metalious mobilized the threat that the unmarried or “promiscuous” woman represented to the American family, that sacred socio-political institution and the bedrock of American values.

Peyton Place didn’t enjoy much literary appreciation or even much feminist scholarship in the 1970s or 1980s. In fact, lauded author of The Feminine Mystique Betty Friedan wrote that she disapproved of Peyton Place, arguing it encouraged female passivity and contributed to “the mounting of sex-hunger in America women.”

But as a reader interested in the outsiderness of the characters stifled by their small town, I learnt reading Metalious’ potboiler at 15 that it was far from a dime-store throwaway. Peyton Place is actually a deeply gratifying, forward-looking, and invigorating tale of four women who, through checkered but courageous journeys, manage to achieve self-realization in an unforgiving patriarchal world. As a young queer boy who felt a kinship with women shaking off the limitations of their milieu and trying to rise above the social narratives around their gender, Peyton Place offered me immense comfort.

Peyton Place’s main character is Allison MacKenzie, a woman “plump in all the wrong places” with a “head full of silly dreams.” She grows up fatherless with her mother, Constance, originally from Peyton Place, who moved to New York as a young woman, and conceived Allison during an affair with a married man. Fearing scandal and reproach, Constance doesn’t return to Peyton Place until years later, falsifying her romantic history with the lie that Allison’s father is dead and she’s now a widow. Allison’s close friend Selena Cross also figures importantly in Metalious’ world. The daughter of Constance’s housekeeper, she is sexually abused by her stepfather Lucas, culminating in a violent rape. Selena becomes pregnant with Lucas’s child and confides in the town’s doctor Dr. Swain about her rape, pleading with him to perform an abortion. Swain later confronts Lucas and forces him to leave town. Betty Anderson, the town “harlot,” is another central character, acting as a “barometer” by which the town’s women’s sexual behavior is measured.

These Peyton Place women all come to break the town’s social and moral principles—codes policing their sexual behavior or gender, stifling their autonomy. Protagonist Allison wants to delay marriage to pursue a career of her own, one she believes will be realized in New York. She wants to maintain interest in sex and economic independence, unattached to her mother or a prospective husband. The novel charts her alienation and her ambition as she moves from her myopic small town to find self-sufficiency and freedom in the city.

Betty’s story acts as a foil to Allison’s. Betty becomes a teenage mother and, facing complete social disgrace, is forced to flee the town after being beaten by her father. Metalious has the rest of Betty’s story take place off-page but offers readers a more hopeful ending than one would expect for a novel from 1956. It emerges eventually that she has made a life for herself in another New England town, reinventing her history—as Constance had—finding some liberation in carving out a new life for herself and her child. Although this victory comes at a painful cost, Betty is not punished by Metalious.

Lastly, there is Constance. As a young, attractive widow, she stands out, despite actively avoiding dating, socializing, and companionship with other men—a quality that arouses suspicion in the town. The 1950s saw women become increasingly policed, encouraged to seek fulfillment only through marriage, but Constance actively resists this path. The irony of Constance’s conservative attitude toward sex in Peyton Place is that she only encourages more talk of sex in the town.

Both directly and indirectly, Peyton Place‘s Allison, Betty, and Constance opened up richer and deeper dialogue around sexuality, motherhood, and defining gender roles, one that readers devoured in 1956. Some have claimed that Peyton Place is a “prequel” to Valley of the Dolls—or perhaps, more accurately, Valley of the Dolls is its “sequel.” Either way, Peyton Place paved the way for other works to interrogate sex in society, including the Sex and the Single Girl by Helen Gurley Brown, and most recently, television shows like Sex and the City. Some of this derives the success of the Peyton Place film adaptation and television series, but credit begins with Metalious’ novel.

Peyton Place represented a dramatic shift in American culture, underscoring the growing tension in a postwar America poised to break free from widespread surveillance politics and sexual conformity. Peyton Place wanted to bring secret sex talk into the public realm. Metalious ultimately encouraged readers to open up the conversation around these taboo subjects. She also encouraged more women to wonder about their places in their communities, pressing them to reckon with popular attitudes about sex and gender. In doing so, her novel provided identifiable portraits of women struggling with their sexual and social identities in the suburbs.

Unfortunately, the book’s notoriety has long overshadowed its rich portraits of women whose lives are not defined by marriage or domestic duties. Peyton Place gave millions of female readers a critical mirror to place up to the world in which they lived, a feat that she should now be celebrated.

Although an unlikely reader, Peyton Place offered me temporary escape. The stories of Allison, Betty and Constance provided much greater comfort than an evening with the Mapplethorpe photos, and showed me how to shake off the limitations and small-mindedness of my surroundings. It was this fictional town that gave readers like me—and will surely continue to give future readers—a more hopeful ending. Years later, it was not Mapplethorpe that finally pushed me out of the suburbs and into the city—but Peyton Place.

Lily King and Margot Livesey on Loss, Inspiration, and Ambition 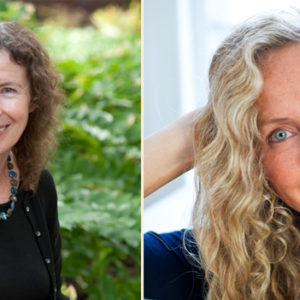 Lily King and Margot Livesey on Loss, Inspiration, and Ambition

Lily King: What do you feel you are trying to get at in your writing? If you look at all your novels and stories, is there...
© LitHub
Back to top