How Patricia Highsmith’s Mr. Ripley Rises from Genre to Myth

James Lasdun on the Genius of a Mid-Century Classic

I started rereading Patricia Highsmith a few years ago while I was in the middle of a prolonged cyberstalking episode. Among the many side effects of this strange ordeal was an inability to read books requiring any active effort of attention. I badly needed distraction, but the books I opened increasingly seemed to me written for people possessed of improbably tranquil mental atmospheres. The poised performance of this or that “literary” novelist—the insights, the sensitivity, the stylistic brilliance—all seemed to depend on an unobstructed inner alertness on the reader’s part; a kind of reciprocal poise that was simply unattainable to me. From earlier dips into Highsmith, I remembered a peculiar sense of passivity while I read; a pleasurable slide into catastrophe, eased along by plots that seemed to grow as naturally as shadows.

I picked up Strangers on a Train and it did the trick, casting its spell within the first few lines as the high-minded Guy Haines sits on a train worrying about his impending divorce, trying to read Plato, and dimly becoming aware of the presence of a rather peculiar stranger sitting opposite him. I’d forgotten how much of the story involved stalking, so there was the added fascination of seeing aspects of my own predicament replicated in Guy’s experience, sometimes in eerily precise detail. But mainly what this and the other Highsmith novels that followed in quick succession had to offer, was an extremely welcome sensation of narcosis. Suspended in the anxiety-saturated atmosphere of these tales, my own anxieties became temporarily invisible.

The ordeal ended, and my reading habits returned to normal—or at least they were no longer determined by strictly medicinal criteria. But by then I’d begun to feel what plenty of readers had felt long before me, that Highsmith wasn’t simply a consummately skilled deployer of morbid materials for purposes of classy entertainment. She’s certainly that, and in some of the books that’s basically what you get. But in the best of them there’s something else too, something majestic and mighty about the after-effect of her characters that isn’t easily accounted for by the generally squalid goings-on that make up most of their on-the-page lives, but that amounts to an implicit, curiously liberating, even perversely ennobling idea of life.

It’s best seen in her masterpiece, The Talented Mr. Ripley. (Spoiler alert here: I’m going to give away much of the plot.) At one level—the basic thriller level—it’s about a poor guy who kills a rich guy in order to assume his identity, and then has to deal with the tightening net of dangers and complications that ensue. The pleasure it offers, at this level, is mostly about observing Tom Ripley’s ingenuity—his “talent”—exhibiting itself in all its unflagging brilliance as he dodges or otherwise neutralizes potentially disastrous encounters with his victim’s friends and family, and various officials. The formula Highsmith seems—seems—to be following at this level, is that of the classic criminal-as-protagonist story, whereby readers get to enjoy the thrill of watching their own dark impulses being acted out, while their good-citizen selves relax, secure in the knowledge that justice will ultimately prevail.

But of course, justice doesn’t prevail in the Ripley books; or not good-citizen, Judaeo-Christian justice. Highsmith wasn’t the first crime writer to let her hero get away with murdering an innocent man (two innocent men in fact), but it’s hard to think of anyone else who makes that scandalously amoral triumph feel like a vision of some higher, truer morality; a morality founded on the radical notion that the Good Life belongs to the person most fitted to appreciate it.

Ripley starts out as a small-time hustler, stuck in a seedy existence with a bunch of low-life friends whom he despises. He’s sick of himself, sick of his timidity, his lack of definition, his general shiftlessness. When the wealthy Herbert Greenleaf offers to send him to Italy in order to persuade his (Greenleaf’s) son Dickie to give up being an artist and return home, Ripley immediately sniffs an opportunity to remake himself. And yet his first fantasies are touchingly modest and uncriminal: he’ll find a job as a chauffeur, or work in a hotel, or become a salesman. Travel seems to be the common denominator, but as yet he can only see himself pursuing it in some relatively humble, even servile capacity. When he finally meets Dickie Greenleaf, his initial hope is simply to attach himself to this gilded young man as a kind of paid companion. (There are sexual undertones, of course, which Highsmith keeps simmeringly volatile, all the better to use them at crucial moments as fuel for explosive violence).

But even as Ripley tries to make Dickie like him, parading all his talents for charm and congenial clowning to inveigle himself into Dickie’s house as a roommate, so he becomes steadily disillusioned with his new idol. Aside from being a lousy painter, Dickie turns out to be a mediocre human being; snobbish, incurious despite his bohemian pretensions, easily bored despite having moved to the cradle of western civilization, banal in his conversation and opinions, and altogether ill-equipped to enjoy the large horizons his wealth affords him. Ripley, by contrast, has the autodidact’s fierce and genuine hunger for culture, and an undimmable capacity for wonder at its refinements. The good things of life—clothes, books, paintings, intelligent talk, good food and wine, beautiful buildings—have a vital and irreducible value to him. Not monetary, but soul-nourishing. As soon as he arrives in Europe he begins learning Italian, reading about art and history, planning trips to Capri, Paris, Rome, Palermo, visiting galleries and cathedrals with the excitement of a natural connoisseur. Even before Dickie’s homophobic taunts ignite something murderous in him, it has become apparent—to the reader if not yet to Ripley—that he would make a far better Dickie Greenleaf than Dickie himself. So that, as the impulse to kill Dickie wells up inside him, it’s no great surprise to see it expand almost immediately into the desire to become Dickie. The murder scene out on the water (dread element for Ripley, whose parents drowned in Boston harbor), is also a birth scene: the rebirth of Tom Ripley as Dickie Greenleaf.

A less ambitious writer might have been content to end things with Ripley’s triumph as a successful impostor. But Highsmith has other ideas. Rebirthing diffident Tom as confident Dickie turns out to be only the first stage in the grand transformational journey she has in mind for her protagonist. He must now be reborn again, this time as a transfigured version of himself: without fear, without petty envy, without that self-effacing indistinctness; instead poised, refined, generous, self-sufficient. In a word (and in keeping with the more or less existentialist program incarnated in Tom’s fate): free.

To this end Highsmith contrives the amazing plot twist involving Freddie Miles, whose inevitable murder at the hands of Tom-as-Dickie renders the Dickie persona too dangerous to inhabit any longer, compelling Tom to resume his old identity. The prospect depresses him at first, but far from being the backward step he fears, it turns out to be the crucial and climactic transition in his psychic trajectory. New levels of virtuosity manifest themselves as he handles the series of tests and trials to which the story now subjects him—encounters with the Italian police, with Dickie’s desperate father and his hired American detective, with the indefatigable busybody, Marge—all the while simultaneously squeezing every drop of pleasure he can get from his Roman apartment, his Venetian Palazzo, his cherished shops and galleries and hotel suites. By the time he sets out (on his own passport) on his long-deferred voyage to Greece, the reader is in no doubt that this is a man who has earned his right to the spacious existence he has finally attained.

He has done some ruthless things along the way, of course, but so did that other great figure of limitless curiosity and ingenuity whose mediterranean wanderings Tom Ripley’s curiously resemble, namely Ulysses, the original man of cunning. I’m sure I’m not the first person to notice the resemblance. Highsmith herself glancingy refers to it at one point: “He had decided in Venice to make his voyage to Greece an heroic one. He would see the islands, swimming for the first time into his view, as a living, breathing, courageous individual—not as a cringing little nobody from Boston. If he sailed right into the arms of the police in Piraeus, he would at least have known the days just before, standing in the wind at the prow of a ship, crossing the wine-dark sea like Jason or Ulysses returning.” It’s this, the epic scope and unabashedly pagan grandeur of Tom Ripley’s apotheosis that raises the book above genre, above mere literature even, into myth.

James Lasdun is the author of The Fall Guy, The Horned Man and Seven Lies, as well as six collections of poetry. He teaches creative writing at Columbia University and The New School and lives in upstate New York. 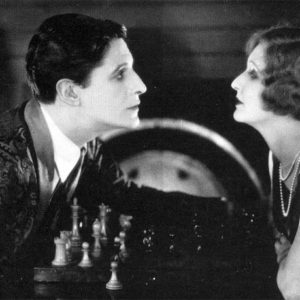 Each month, I recommend five works of mystery/crime/suspense fiction, new or old, with no agenda other than to share a distillation...
© LitHub
Back to top