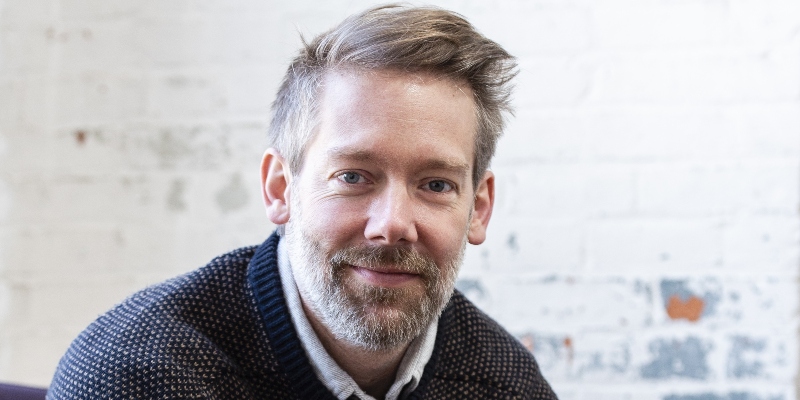 Mitzi Rapkin: The sensibility of these stories—I’m going to tell you what I found in there, and you can respond and tell me I’m wrong or right or half right, or, you know, didn’t read the same book you wrote. But I see a writer who’s both haunted and obsessed with parenthood, especially new parenthood. I see a lot of fear in there about losing children, losing babies; there are hauntings, ghosts, cold places, oceans—like deep, deep places that you could get lost in and find different worlds—and a lot about storytelling. That’s my summation of the big things I saw going on.

Ethan Rutherford: That’s all in there. I think you’re exactly right. What happened between the writing of my last book and this book was that I had kids. And I was spending a lot of time thinking about what it meant to be a parent. Those early years can be so tough. and to some degree, you sort of lose your mind a little bit. You’re sleep deprived, and the world is already kind of shimmering in this weird, sleepless way. At the time I was working on a novel that had sort of slipped away; I just was no longer interested in the things that I thought I was interested in. I started the novel before I had kids. My wife had to commute to her job, so most of the week, I was doing a lot of the day-to-day stuff. You become really interested in what it means to be a parent. And the tension is, how do you comfort a kid and welcome them into the world, and how do you prepare them for the world? Those were the tensions and anxieties that were on my mind, and I just started to write about that experience.

As for storytelling, one of the ways that I found I was trying to tell my kids about the world was through stories at night. You would just talk about the day and you would invent characters, and you’d have them get into these little adventures. And then you can’t leave them too worried at the end of the night, so you have to find a way to say that everything’s going to be okay. But what ends up happening is you just start to find the ways in which you are kind of not telling them the whole story about your own experience in the world, which is that the world can be a dark and troublesome place. There will be experiences they have that they don’t know how to handle that will stick with them and will lodge. And it doesn’t mean that the world is nightmarish, but it means that that’s how personality is formed. So, all of that started to sink into the work.

As for the ghosts and the nightmarish stuff and the deep oceans—one of the stories is about Arctic exploration and going down to the South Pole—a lot of that is taking my earlier obsessions with loneliness. The thing that no one told me about being a parent is you’re incredibly busy all the time and you’re caretaking, but it is also really lonely and isolating in a strange way. You’re kind of isolated from who are thought you were in the world, and you’re isolated from other people, and that tension, I thought, was really interesting. It was productive for me in writing.

Ethan Rutherford’s fiction has appeared in BOMB, Tin House, Ploughshares, One Story, American Short Fiction, Post Road, Esopus, Conjunctions, and The Best American Short Stories.  His first book, The Peripatetic Coffin and Other Stories, was a finalist for the Los Angeles Times Art Seidenbaum Award for First Fiction, a finalist for the John Leonard Award, received honorable mention for the PEN/Hemingway Award, was a Barnes & Noble Discover Great New Writers selection, and was the winner of a Minnesota Book Award.  His second short story collection is Farthest South.  Rutherford teaches Creative Writing at Trinity College. 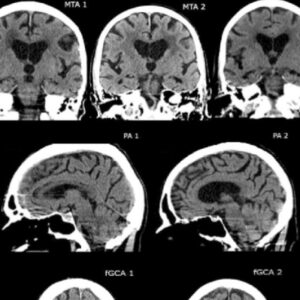