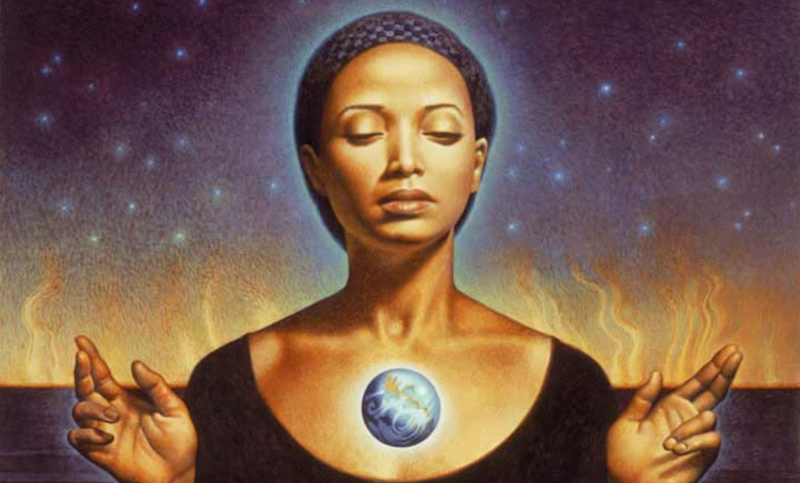 How Octavia Butler’s radical vision of femininity inspired The OA.

In today’s New York Times, filmmaker Brit Marling reflects on the problems with Strong Female Characters in our stories—which, while better than the weak, disposable female characters that so often populate film and literature (but film in particular), are still reflective of a society that values masculine strength over feminine strength. That is, in order to be a Strong Female Character you must, basically, act in ways that are traditionally gendered male, which doesn’t quite feel like enough. And even if you are a Strong Female Character, you often get killed at the end (or in the middle) for your trouble. Some would call this fridging.

Then there’s the hero’s journey, staple of storytelling—which also, more often than not, fails female characters. “There are centuries of trial and error inside the “hero’s journey,” in which a young man is called to adventure, challenged by trials, faces a climactic battle and emerges victorious, changed and a hero,” Marling writes. “And while there are narrative patterns for the adventures of girls—Alice in Wonderland, The Wizard of Oz—those are few and far between, and for adult women, even less so.” The adult women bit is key—adult men are often allowed to have epic adventures; but adult women? Shouldn’t they be staying home taking care of their children? “Even when I found myself writing stories about women rebelling against the patriarchy,” Marling continues, “it still felt like what I largely ended up describing was the confines of patriarchy. The more fettered I felt inside the real world, the more I turned toward science fiction, speculative fiction and lo-fi fantasy.”

In 2014 I went back to the library and encountered Octavia Butler’s Parable of the Sower, a sci-fi novel written in 1993 imagining a 2020 where society has largely collapsed from climate change and growing wealth inequality. Butler’s heroine, the 17 year-old Lauren, has “hyperempathy”—she feels, quite literally, other people’s pain. This feminine gift and curse uniquely prepares her to survive the violent attack on her community in Los Angeles and successfully encourage a small tribe north to begin again from seeds she has saved from her family’s garden.

Butler felt to me like a lighthouse blinking from an island of understanding way out at sea. I had no idea how to get there, but I knew she had found something life saving. She had found a form of resistance.

Marling cites not only Butler but also Ursula Le Guin, Toni Morrison and Margaret Atwood as being instructive to her while imagining new forms of feminine strength—they “did not employ speculative fiction to colonize other planets, enslave new life-forms, or extract alien minerals for capital gains only to have them taken at gunpoint by AI robots. These women used the tenets of genre to reveal the injustices of the present and imagine our evolution.”

It was “with these ideas in mind” that she and Zal Batmanlij wrote and created The OA. “As time has passed,” she writes, “I’ve come to understand what deep influence shaping a narrative has. Stories inspire our actions. They frame for us existences that are and are not possible, delineate tracks we can or cannot travel. They choose who we can find empathy for and who we cannot. What we have fellow feeling for, we protect. What we objectify and commodify, we eventually destroy.”

Marling also notes in her piece how much the hero’s journey reminds her of the male orgasm, and wonders what other structures we might be able to apply to storytelling—for her, and for anyone else asking this question, I recommend Jane Alison’s Meander, Spiral, Explode: Design and Pattern in Narrative, which makes the same observation and offers some alternatives.