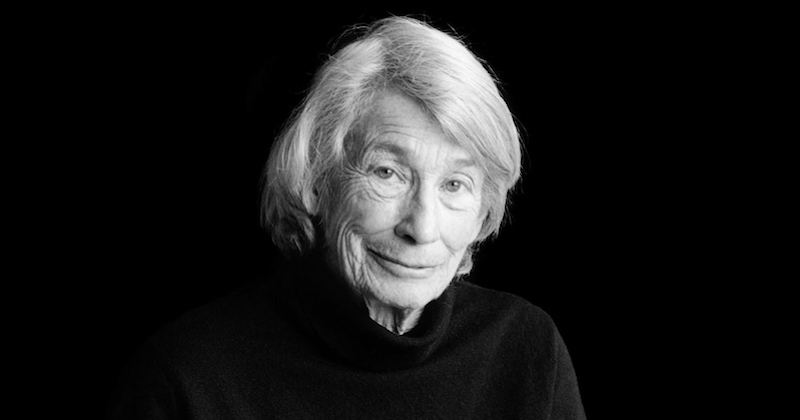 On this day in 1935, the highly acclaimed poet Mary Oliver was born in Maple Heights, Ohio. Oliver, who won a Pulitzer Prize in 1984 and later the National Book Award for Poetry in 1992, was by all accounts a private person who sought solace in the natural world. Throughout the course of her illustrious career, she rarely gave interviews and preferred that her work speak for itself. In a 2011 interview with Maria Shriver on behalf of O Magazine, Oliver reflected on her childhood and early-known ambition to become a poet. “It wasn’t that I wished I could be like everybody else,” she said. “I very much wished not to be noticed, and to be left alone, and I sort of succeeded.”

Oliver attended both Ohio University and Vassar College but did not receive a degree from either institution. However, the lack of a diploma didn’t deter her literary journey. She published her first book of poetry in 1963 at age 28; Voyage and Other Poems was originally released in the UK and then reissued in the States in 1965 by Houghton Mifflin. In her younger years, Oliver briefly lived in the home of Edna St. Vincent Millay, where she helped Norma Millay organize her sister’s papers. During this time, she met her long-term partner Molly Malone Cook; the couple eventually moved to Provincetown, Massachusetts.

Although notably guarded about her private life, Oliver was a prolific poet who was engaged in the literary community. For five years, she held the Catharine Osgood Foster Chair for Distinguished Teaching at Bennington College. She also held residencies at Case Western Reserve University, Bucknell University, University of Cincinnati, and Sweet Briar College. Her many impressive accolades include but are not limited to the American Academy of Arts & Letters Award, the Poetry Society of America’s Shelley Memorial Prize and Alice Fay di Castagnola Award, and fellowships from the Guggenheim Foundation and the National Endowment for the Arts.

Oliver’s legacy certainly is a testament to the healing power of literature and the written word. And for 16-year-old Aidan Kingwell, this was literal. Kingwell, a resident of Oak Park, Illinois, discovered Oliver’s poem “When Death Comes,” at a time in her life when she was depressed and feeling “hopeless.” (You can listen to Oliver read the poem here.) In 2015, Kingwell won first place in the Library of Congress’s “Letters About Literature” contest. The contest, a national reading and writing program for students in grades four through 12, asks young people to write a letter to an author (living or dead) about how his or her book made a personal impact. Kingwell told the Washington Post, “I was thinking about kids who might be now like I was when I was 13 . . . I wanted to speak directly to them, and want to say directly to them: ‘Please, I know how hard it is to be accepting of yourself when no one else is . . . Please keep fighting. It will get better. Things will get better. I promise.'”

Kingwell’s letter is simultaneously heartbreaking and inspiring. At the beginning of the letter, she writes:

I know it’s an unconventional subject for a letter; death. A fact of life that most of us endeavor to avoid, or at least ignore. But I, Mary—I have walked side-by-side with death all of my life.

I was thirteen the first time I read your poem, and at that time in my life there was a good chance that I would not see my fourteenth birthday. I had been depressed since age ten, but I had never received any treatment. My mind was very dark; I dove deeper and deeper into my own twisted thoughts with each passing moment. I was someone who was simultaneously terrified of dying, and yet obsessed with the very idea.

Kingwell is quite open about her mental health struggles, but the letter ends on a hopeful note. She credits Oliver for giving her a newfound appreciation for life: “Thank you for showing me that the burden of my soul was not so dark. That there was still hope left in me.”

If you or someone you know is experiencing suicidal thoughts, don’t hesitate to reach out for help. The National Suicide Prevention Lifelife is available 24 hours a day, in English and Spanish: 800-273-8255.