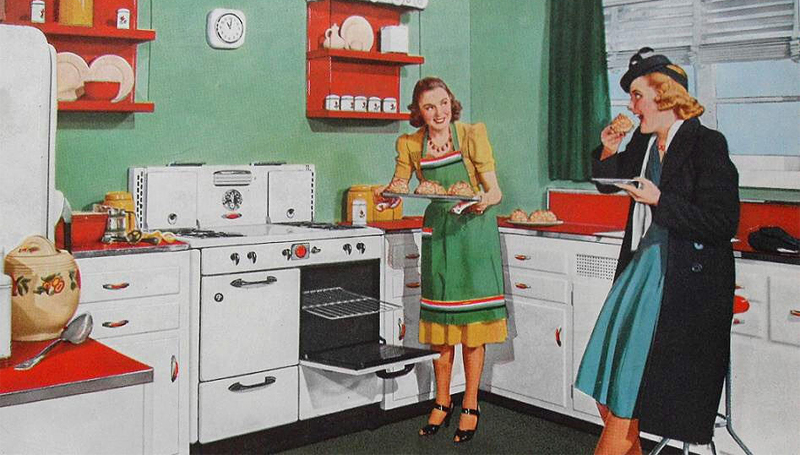 How My Grandmother’s Cookbook Made Me a Writer

On Cooking, Rosh Hashanah, and Inhabiting a Fictive World

I started writing fiction shortly after my grandmother gave me all three editions of the Beth El Ner Tamid Sisterhood cookbook for a wedding present. My grandmother, Fannie Brafman Bloom, was the first kosher caterer in Milwaukee, and she wrote and edited the book, which was entitled Treasured Recipes. I pored over these spiral-bound pages, taking in the names of the contributors—Rose G. Schnitz, Ione Ausman, and Shirley Sladnick were my favorites—the crude graphics for the kosher food ads, and the hints for new brides like myself: “Just some meat made any old way, won’t make your honey very gay. Here are some changes you might try and satisfy the dear old guy.”

I’d been warned not to try these dishes. Apparently some of the contributors did not want their own cooking to be bested, so they left out key ingredients or fudged measurements. But I didn’t care. Reading these recipes transported me to steamy kitchens with medieval appliances and the scent of yeast and onions thick in the air, to gossip sessions between women I’d never met. I could hear them, though. They called margarine Oleo and the fridge the Frigidaire.

It’s no exaggeration to say that I became a writer because I felt compelled to transcribe these scraps of dialogue. Soon, I started writing entire scenes. I had no idea what I was doing, but I discovered that as long as my characters were boiling noodles or grating carrots, they’d start talking or not talking about what mattered to them in that moment. The rendering of these cooking steps provided scaffolding for the scene.

I often dramatized the preparation of Rosh Hashanah lunch because my own grandmother had been squeezing dozens of cousins into her tiny apartment for this feast for as long as I could remember. She always prepared a multi-course meal using just one oven, four burners, and a toaster. Three years after I got married, my grandmother died, and I claimed Rosh Hashanah as my holiday. I’m not sure I would have done so had I not scripted the meal preparation so specifically in my fictive world, or had I understood that hosting this holiday demanded much more than skill in the kitchen.

From the outset, though, I knew that I’d never fill my grandmother’s orthopedic cooking shoes. I am a mediocre cook on a good day. Nanny was a culinary legend. When she was a young widow, she built her catering business in order to support her family. She taught me to use cupcake holders to house the Mandelbrot and strudel she’d baked fresh. There were never any storebought baked goods for my grandmother. Feh. And she was competitive as hell. She would make the same dishes she’d assigned to relatives. “Boy, they really wumped down those [meaning her own] pecan squares,” she’d tally while clearing the plates.

At my Rosh Hashanah celebration, I’m always a sweaty mess by the time the first cousin arrives, but Nanny would greet us at the door in a smart Rosh Hashanah suit, the nails of her arthritic fingers polished and her hair done. “Hiya, Honey,” she’d say with a brightly lit smile. Nanny never showed her frustration when relatives arrived late or not at all or acted put out to be there. I shudder to think of my sullen teen self at these gatherings. Truly, where else did I have to be that was more important?

Nanny had figured out what I’m now struggling to learn, but what I’d already written into imaginary conversations between make-believe people. While family members might bring a salad or a dessert, they will also carry whatever it is that they’re holding: joy, disappointment, love, boredom, gratitude, stress, or all of the above. My grandmother taught me to put out the silver every single year, despite illnesses, deaths, or other struggles, and to show up, no matter what is going on in our lives, no matter how clueless we are about what these gatherings will mean to us later and how much we will miss some of the very same relatives who drive us nuts.

I recently pulled out my copy of Treasured Recipes because I wanted to take a stab at preparing an Icebox Cake this Rosh Hashanah. This time, I read beyond the “bakerie” section, educating myself on the fine art of preparing a garden variety of “molds” and decorating tables. (Hairspray a cut flower to make it last longer without shedding. Who knew?) I was shocked to discover that the voices that had captivated me in my childhood now sounded different to me. The contributors used less Yiddish than I’d remembered, and their speech patterns did not in fact mirror the syntax of an earlier wave of immigration.

I was pretty sure that the Icebox Cake recipe wouldn’t work, so I returned to the vanilla-stained page of Treasured Recipes that feature my Aunt Mary’s dryer-than-dirt Chocolate Jimmy Cake. I always get a little misty when I see my grandmother’s notes scrawled in the margin, imploring me to add a half a stick of butter and a quarter cup of applesauce to the batter so that no one chokes.

My characters often follow their own family recipes. Our reenactment of the simple tasks of beating egg whites or stuffing meat into cabbage leaves blasts open a portal to a new old world. My grandmother illuminated a psychic place where I can fold unarticulated truths about my family history and myself into my imagination. Then, as she would have said, I can “mix it all together and stir it up, but good.”

Michelle Brafman has received numerous awards for her short fiction, including a Special Mention in the Pushcart Prize Anthology. Her fiction and essays have appeared in the Washington Post, Slate, Tablet, the minnesota review, Fifth Wednesday Journal, Lilith Magazine, and numerous other publications. She teaches fiction writing at the Johns Hopkins University MA in Writing Program and lives in Glen Echo, Maryland with her husband and two children.
http://www.michellebrafman.com 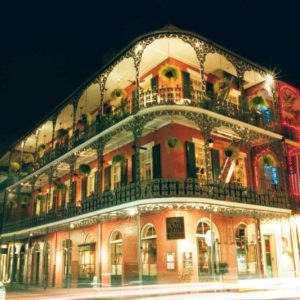 Alas, this year we are watching Bouchercon, the largest mystery fan convention in the US, from the sidelines rather than...
© LitHub
Back to top