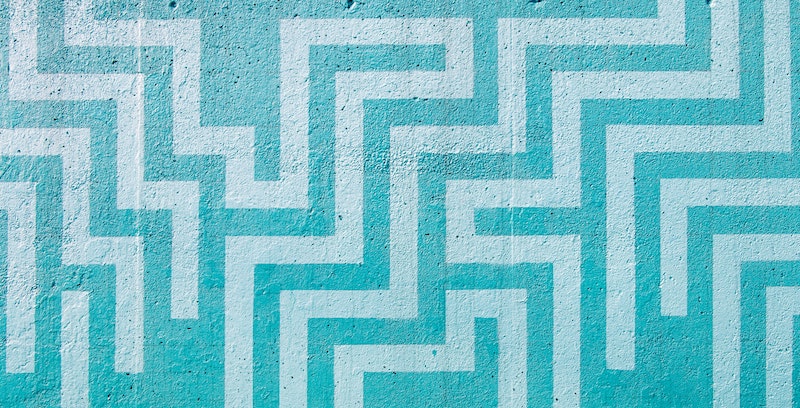 How Much Control Do Humans Have Over Their Lives, Really?

I’ve never seen a good argument for why evolution would have given humans the metabolically expensive ability to imagine that we are mental agents in charge—the ability to create, live inside of, and partially direct such a complex inner movie—if we weren’t actually in charge, at least in some important ways. It would be such a big waste of energy and processing space if there were no return on the investment. Evolution doesn’t usually work that way.

With this question, we have arrived at the research domain of self-determination theory (SDT), the world’s most comprehensive and best-supported theory of human motivation. SDT has been under development for more than fifty years and is still going strong (several hundred researchers from around the world will attend the next international SDT conference, in 2023).

SDT began in the late 1960s and early 1970s with the pioneering research of Ed Deci. Deci was a long-haired graduate student working in industrial-organizational (IO) psychology. A basic assumption of IO psychology is that people work for pay. Thus, being paid to do X should always be more motivating than not being paid, and the more people are paid for doing X, the greater their motivation should be.

This is simply operant behaviorism, of the B. F. Skinner variety: the idea that animals (including people) repeat behaviors for which they are positively reinforced, or for which they receive larger amounts of positive reinforcement. If we receive desirable rewards (such as money) from the environment after doing a particular action, says behaviorism, then we should become mechanically conditioned to do the action again, via a stimulus-response connection.

Deci had some doubts about this idea. What if he could instead show that people were less motivated the more money they received as a reward? What if money, in some circumstances, actually functioned like a punishment instead of like a reward? By definition, a punishment is any stimulus that reduces the likelihood that the preceding behavior will be repeated. Suppose you smile at someone, and that person frowns back. If you don’t smile at that individual anymore, then the frown (the stimulus) is said to have punished your smiling behavior, reducing its likelihood of recurring. Usually, a punishment (like the frown) feels unpleasant, which is why people try to avoid repeating behaviors that brought punishment. Wouldn’t it be ironic if money functioned as a punishment for some kinds of behavior?

Our curiosity, more than anything else, is what promotes deep and lasting learning, not the grades or the praise we receive.

Deci decided to put his hypothesis to the test and devised an ingenious and subversive set of experiments. He chose to use a type of puzzle that was all the rage at that time, the Soma puzzle. The Soma puzzle consists of seven colorful and irregularly shaped pieces that can fit together to form a cube. Mathematically, it’s a simpler version of the Rubik’s cube, which came later.

The Rubik’s cube, however, twists and turns, and the challenge has to do with arranging the colors, whereas the Soma cube’s seven pieces come apart entirely, and the challenge is to put them back together—and not always into a cube. Particular Soma puzzles involve trying to assemble the seven unique pieces into various larger shapes after seeing pictures of those shapes. People naturally enjoyed playing with Soma cubes; it enjoyed great popularity at the time. Deci wondered if he could kill that enjoyment.

Deci randomly assigned each of his study participants to one of two conditions. In the first (neutral control) condition, participants were simply asked to spend a few minutes “trying out some of the puzzles, to see if you like them.” After five minutes the experimenter excused himself, supposedly to make copies of a final survey, telling individual participants that while they waited, they could either do some more Soma puzzles or look at some magazines (today, participants would just take out their cellphones!). Many of these participants kept playing with the puzzles during this “free-choice” period. Deci timed them, unbeknownst to them, through a one-way window. And why shouldn’t they want to keep going, rather than read a boring magazine? Deci chose the game because of its addictive properties.

In the second experimental condition, participants were instead told at the beginning that they would receive one dollar for each Soma puzzle they correctly solved, for up to five puzzles. This was the only difference between the two conditions: the second group of participants knew they could earn money by solving the puzzles.

And during the free-choice period in this second condition, what happened was exactly what Deci had predicted: participants who knew they could earn money by doing the puzzles spent less time, on average, doing additional puzzles than the participants who had not been told they could earn money, and more time thumbing through magazines. They had been “punished by rewards,” as the writer Alfie Kohn later put it. When the time came for them to exercise free choice, they chose not to play anymore.

In interpreting his findings, Deci embraced a radical new idea that was emerging in the 1960s: that behavior can be intrinsically motivated. This means that doing a behavior can be its own reward—it is fun and interesting, and people don’t have to be reinforced by external rewards and tokens to do it. Intrinsically motivated behaviors are the things that we choose to do when we get to do what we want: relaxing on the weekend, going on vacation, celebrating Mardi Gras. Today, the concept of intrinsic motivation is almost universally accepted, and it is easily seen even in nonhuman animals (just search for “curious cats” on YouTube). The bigger the brain, the more intrinsic motivation it has—the more it “plays.”

But in the 1960s, intrinsic motivation was a radical idea. Psychologists through the 1950s and into the 1960s (before the so-called cognitive revolution) were not comfortable with the idea that people “moved themselves” or “directed themselves.” Research psychology hadn’t come very far up the grand hierarchy—it hadn’t even reached the cognitive level yet. Researchers were much more reductionist in their explanations, and more reluctant to accept “mentalistic” explanations. As reductionists, they often saw subjective experiences as mere epiphenomena. Thus they thought subjective experiences could never be causes of future events; they were only effects of past events, just dead-ends in the chain.

The real causes of our behavior, according to the drive and behaviorist theories of the 1940s and 1950s, had to be some combination of physical factors (one’s biological drives) and historical factors (one’s conditioning). These were brought together under the formula “Motivationₓ = Drive × Habitₓ.” This formula says that we are only motivated by the need to reduce our biological drives, such as for air or food, which naturally build up over time. And we are motivated to do this mainly in ways that have worked in the past—that is, for which we’ve acquired a conditioned “habit.” A hungry undergraduate keeps returning to a particular snack machine for food, and an underwater swimmer keeps returning to the surface for air.

The problem that Deci’s experiment helped illustrate was that the drive theory formula couldn’t explain most of what people do, such as going to movies, or to classes, or taking walks or bike rides, or having conversations with other people—despite a lot of attempted modifications to the formula to try to account for them. As a result, drive theory was ultimately abandoned.

Today, we know that intrinsic motivation is a real thing and that it is really important. Self-directed exploration and play are primary factors in human learning and development. Our curiosity, more than anything else, is what promotes deep and lasting learning, not the grades or the praise we receive. 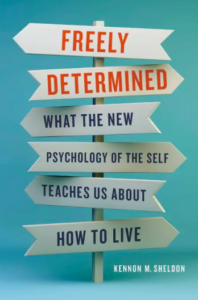 Excerpted from Freely Determined: What the New Psychology of the Self Teaches Us about How to Live, by Kennon M. Sheldon. Copyright © 2022. Available from Basic Books, an imprint of Hachette Book Group, Inc.

Basic Booksfree willFreely Determined: What the New Psychology of the Self Teaches Us about How to LiveKennon M. Sheldonpsychologyself-determinismsocial science
Share:

Kennon M. Sheldon is professor of psychology at the University of Missouri. He is one of the founding researchers of positive psychology, a fellow of the American Psychological Association, and a recipient of the Templeton Foundation Positive Psychology Prize. He lives in Columbia, Missouri.

Navigating Life with Misophonia: “For the Past Ten Years I Have Lived Inside Music.” 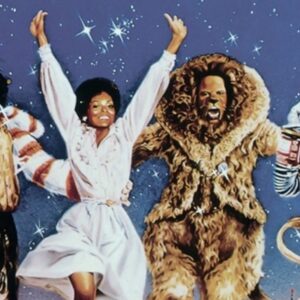