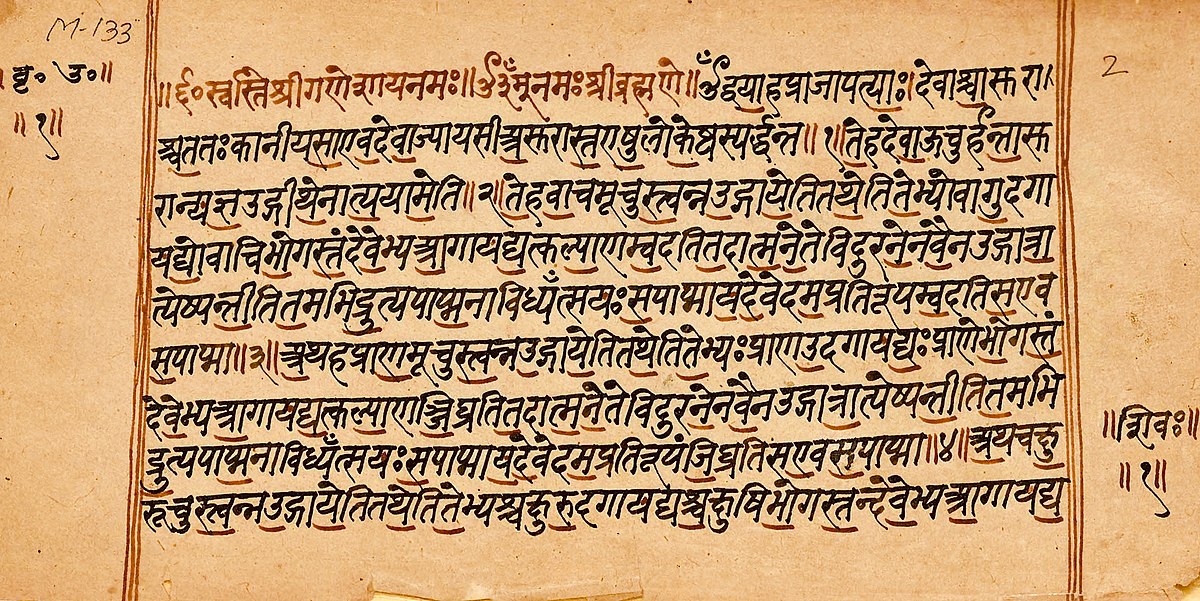 “What could be cooler than the harmony between two great artists born in two different centuries and half a world apart?”

By Alok A. Khorana

I was not expecting to learn anything new about Van Gogh when one sunny summer afternoon, along with my family, I joined the throngs of tourists at the eponymous museum in Amsterdam. Half an hour into the museum tour, however, I happened upon Bridge in the Rain (after Hiroshige). One glance at Van Gogh’s replication of the classic Hiroshige—the crisp blue skies contrasting with the dark pregnant clouds, the “suddenness” of the rain shower, the Japanese characters on the border—completely upended my understanding of Van Gogh.

I learnt quickly that this painting was not a one-off; Van Gogh along with many European artists of the time had been obsessed with Japanese aesthetics. Van Gogh went on to integrate elements of Japanese art into his own, creating the unique style schoolchildren around the world can now instantly recognize. “All my work is based to some extent on Japanese art” he wrote to his brother toward the end of his life. That afternoon I kept returning to the room that housed Van Gogh’s Hiroshige tribute, admiring it from different angles.

I was astounded that I had somehow never learnt about this connection between the great Japanese ukiyo-e master and the great Dutch expressionist, and I kept wondering why I had not. What, I asked myself, could possibly be cooler than this harmony between two great artists born in two different centuries and half a world apart?

Hundreds of thousands of words have been written about the four hundred and thirty-three lines that form T.S. Eliot’s The Waste Land. Tens of thousands more are being written this year as critics celebrate the centennial of this masterpiece of modernism.  The second of two volumes of Robert Crawford’s Eliot biography has just been released leading to a stream of think-pieces and reviews. The Waste Land also received the full New Yorker treatment this month in a several thousand-word treatise.

I came to The Waste Land later in life when my book club selected it as part of a series on World War I. (My English education in India, trapped somewhere between colonialism and post-colonialism, leaned more toward Shakespeare and the Romance poets). When I first read the poem, I was puzzled by the structure—not because it felt different (that I had been told to expect) but because it felt strangely familiar. I couldn’t quite put my finger on why until I reached the fifth and final chapter. The Sanskrit words alerted me immediately to what I had been sensing: the entire poem seemed to me structured like an Upanishad.

The Sanskrit words alerted me immediately to what I had been sensing: the entire poem seemed to me structured like an Upanishad.

I had then just become absorbed in what has turned into a years-long study of ancient Sanskrit philosophical writings, rendered newly accessible by podcasters and online teachers. The Upanishads are foundational texts in Hinduism dated by historians to at least the first millennium BCE (in the tradition they are timeless) with their words transmitted orally over many generations before finally being put down into writing.

It is difficult to accurately convey the splendor of these words—simultaneously ancient and modern, fable and debate, religion and poetry, intellectual and mystic. I had initially studied them in Eknath Easwaran’s luminous English translation and he aptly describes them as an “ecstatic slide show—snapshots of towering peaks of consciousness.” The longer Upanishads, generally in verse or cadenced prose, are divided into sections, often with different narrators who may or may not be connected. Nearly all end with the same four words: om shantih shantih shantih (peace, peace, peace).

If this starts to seem familiar, imagine my delight on first seeing the ghost-like structure of an Upanishad in The Waste Land: a longer poem divided into sections, multiple narrators seemingly disconnected, an ending with the peace mantra.  I quickly discovered that this was no accident and that Eliot was inspired by one of the most ancient of Upanishads: the Brihadaranyaka (“Great Forest”). Eliot titled The Waste Land’s fifth chapter the same as that of the Upanishad’s fifth (“What The Thunder Said”); used the same Sanskrit syllable (“da”) and words (“datta”, “dayadhvam”. “damyata”) that form the core of this section in the Upanishad and ended it the same way (“shantih” repeated thrice).

If readers were to miss these obvious allusions, Eliot helpfully provided a footnote referencing this specific Upanishad (although playfully referencing the wrong section, and a German rather than English translation). The message of this chapter—give, be compassionate, practice self-control- echoed that of the Upanishad it borrows from.

Soon I disappeared down internet rabbit holes researching what seemed to me the rather wondrous association of Eliot and the Upanishads. I learned that this modeling of The Waste Land, like Van Gogh’s Bridge in the Rain, was neither accidental nor superficial. Eliot was deeply familiar with Vedanta having read select Upanishads (including the Brihadaranyaka) in the original Sanskrit.

I also noted with surprise smaller decisions made by the poet—the use of the indigenous name Ganga for the holy river rather than the annoyingly anglicized Ganges; using Himavant to name the mountain when Himalayas would be expected; the respectful omission of the powerful Om before the peace mantra. To me, this suggested a mind delicately attuned to and reverent of the culture it is borrowing from. (I don’t know how to square this with, say, the crass antisemitism Eliot displayed in other facets of his life other than to say it adds more nuance to a complicated personality.)

Finally, I discovered that Eliot’s original typescript of The Waste Land had spaces or blank lines after the repetition of the peace mantra just as Sanskrit poetry uses silence as part of its structure. Eliot even noted that this mantra is the “formal ending to an Upanishad”—honestly, how much more explicit can a poet be? I ended up in full agreement with scholar Cleo McNelly Kearns’ statement that the ending “revises the whole poem from a statement of modern malaise into a sacred and prophetic discourse.”

You will not, however, learn any of this context from the recent New Yorker disquisition nor from the New York Times Book Review discussion on the poem; the word Upanishad appears not once in either. When I researched the connections I had fortuitously made, most articles speaking to the subject that I found were written for Indian audiences (Kearns’ academic study is one of the few exceptions). Forget elite critics, even SparkNotes’ discussion of the final chapter of The Waste Land only states that “the last words of the poem are in a non-Western language”—managing to add insult to injury by eliding even the Indo-European roots of most European languages.

Yet, in 2022, I find that writers and cultural gatekeepers in a globalized world continue with these remarkably provincial perspectives, ignoring “other-ized” influences.

To me, this blindspot was the most surprising finding. Eastern and Western traditions of art have, after all, been speaking to each other for millennia. Thomas McEvilley’s groundbreaking work has shown how trade, imperialism, and migration allowed the philosophies of India, Egypt, Greece, and the ancient Near East to influence each other, particularly Pythagoras, Neoplatonism and the Upanishadic-Vedantic traditions. The popular figure of the Buddha we know today is from the Gandhara school in present-day Afghanistan which in its time was influenced by Greek and Hellinistic styles.

Nineteenth-century philosopher Arthur Schopenhauer called his study of the Upanishads “so beneficial and so elevating… the solace of my life.” Twentieth-century figures as varied as William James, Erwin Schrödinger, J. Robert Oppenheimer and J.D. Salinger have all spoken of the influence of Vedantic thought on their lives and work. In popular culture, the movie Matrix Revolutions ends with a recitation from the Brihadaranyaka Upanishad: Lead me from untruth to truth/Lead me from darkness to light/Lead me from death to immortality.

Yet, in 2022, I find that writers and cultural gatekeepers in a globalized world continue with these remarkably provincial perspectives, ignoring “other-ized” influences. It follows then, that, the influence of Greek and Indic thought on each other, the influence of Vedantic thought on physicists or the Japanese influence on European art end up excluded from accepted narratives. So it is that a century after publication, the fact that the modernist masterpiece The Waste Land explicitly borrows from a few thousand years-old Upanishad—what could possibly be cooler than that?—is basically unknown to the wider public.

Erasure—as we should all know by now—is the practice of rendering invisible the stories of certain peoples and civilizations. No tectonic plate or ocean or massive mountain range separates Europe from Asia—geographically speaking, Europe is a subcontinent of Eurasia. When you see erasure happen over and over in the histories of art and philosophy and literature and intellectual thought and science but only in directions east or south of Europe- that, folks, is the definition of systemic erasure.

Alok A. Khorana is a writer-physician in Cleveland, Ohio originally from Vadodara, India. His creative fiction and non-fiction work has been featured in Bellevue Literary Review, JAMA, Narrative Matters and The Bombay Review and included in Best American Medical Writing. He is currently working on a biographical memoir and a linked short story collection.

Why Is Flying So Miserable These Days? And Was It Ever That Glamorous?

“You Find a Way to Be Distinctive.” George Saunders on His Writerly Evolution 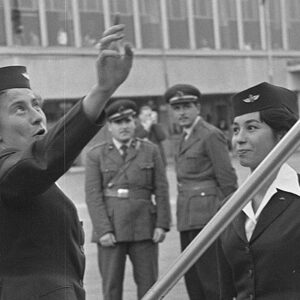 Why Is Flying So Miserable These Days? And Was It Ever That Glamorous?